MOUNT OLIVE- The University of Mount Olive Board of Trustees has publically announced they appointed Dr. H. Edward Croom as President.  The news came from Board Chair Earl W. Worley, in a message to students, faculty and staff. Croom will be the sixth president to serve at the University’s helm since its inception in 1951.

Croom initially joined the University in January of 2020 as Provost and Chief Academic Officer.  In March of 2020, when the UMO presidency position was vacated, its Board appointed Croom as Interim President.

“During these past few months, Dr. Croom has more than proven his ability and commitment to the University of Mount Olive,” said Worley.  “I am confident that his experience, along with his love for eastern North Carolina and this University is what this institution needs in a president at this time.”

Working in education for more than 30 years, Croom has an extensive knowledge of student recruitment and retention, curriculum design, fiscal management, and zero-based budgeting.  He has supported the implementation of learning innovations, restart school strategies, and innovative classroom design.  Croom has worked with boards to manage strategic, mission-based planning, as well as communicated educational vision and core values to internal and external stakeholders.  He has provided oversight of diverse teams in academics, operations, human resources, and finance.  Croom’s fiscal management experience includes developing and managing federal, state, and local funds in excess of $350 million. He has delivered presentations and provided training for school leaders throughout the eastern United States.

Locally, Croom has personal family ties to UMO and its founding denomination.  He and his family are members of the Pleasant Hill Original Free Will Baptist Church, where Croom serves on the Board of Deacons and is a Sunday School Teacher. He has served as Chair of the Original Free Will Baptist Strategic Planning Committee and presently serves as a Board Member for the Original Free Will Baptist Children’s Home.  Born and raised in Wayne County, Croom understands eastern North Carolina its people, places, policies, and potential.  Living on a small farm in Princeton, Croom and his wife, Phyllis, have raised two sons, Philip, a 2010 graduate of North Carolina State University, and Jonathan, a 2018 University of Mount Olive graduate.

“I come into this presidency knowing first-hand the transformative nature of a University of Mount Olive education,” said Croom.  “As a dad, I saw Jonathan excel in UMO’s agriculture program. Beyond academics, he found UMO to exhibit a culture of caring and Christian ideals that continue to serve him well in both his personal and professional life.  As President of the University of Mount Olive, I want to continue to foster our commitment to serving the whole student, not just academically, but physically, emotionally, socially, and spiritually as well.”

“Dr. Croom is a highly respected leader and visionary,” said Worley.  “Throughout his career in education, he has worked to build bridges of support with both stakeholders and community members.  His range of knowledge, service, and accomplishments are nothing short of remarkable.  We are delighted that he has accepted the presidency position and we are confident that he is uniquely positioned to make an immediate impact – building on UMO’s momentum and advancing our mission to serve our students, our founding church, and our communities.” 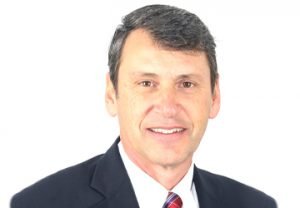