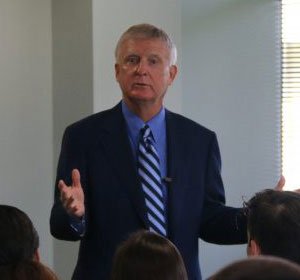 With a degree in Management, Robert L. Tillman joined Lowe’s Companies as an entry-level employee in 1962.  He worked his way up through the ranks to manager of one of the chain’s most successful outlets in Wilmington, North Carolina.  He then joined the ranks of corporate management in the 1980s, serving as senior vice president of merchandising and marketing, executive vice president of merchandising, and executive vice president and chief operating officer.  In 1994 he was named to the company’s board of directors.  He became president and chief executive officer in 1996 and was named chairman in 1998.  After becoming CEO in the late 1990s, he quickly implemented his vision of expanding Lowe’s Companies from a regional hardware store to a nationwide chain with locations in most states.

In 2003, BusinessWeek magazine named Mr. Tillman one of corporate America’s best managers and attributed much of his success to the realization that women play a key role in home improvement projects.  Tillman retired in 2005 and continues to play an active role in the lives of Tillman School of Business students, speaking to classes and participating in events like the Tillman School of Business Distinguished Speaker Series.