MOUNT OLIVE- The investiture of a President stands as one of the most significant events in the life of a University. The occasion is one that both celebrates the University’s achievements and endeavors, as well as authenticates the president’s role as the leader of an academic community.

The University of Mount Olive has traditionally recognized the installation of its presidents with formal inaugurations surrounded by audience members including Board of Trustees, alumni, students, faculty, staff, and community.  However, because of COVID-19 protocols, the inauguration of UMO’s sixth President, Dr. H. Edward Croom, will be virtual.

“Make no mistake, the event is just as important, just as special, and just as significant in the life and history of the University of Mount Olive,” said UMO Board Chair Earl Worley.

The inauguration will air on Thursday, March 25 at 11 AM and can be found at www.umo.edu/inauguration. It will feature special musical performances by UMO alumni and students, as well as greetings from a variety of individuals representing the UMO Board of Trustees, the Original Free Will Baptist denomination, faculty, staff, students, and the Town of Mount Olive.

Croom initially joined UMO in January of 2020 as Provost and Chief Academic Officer.  In March of 2020, when the UMO presidency position was vacated, its Board appointed Croom as Interim President.  On September 24, 2020, the Board named Dr. Croom as President of the University, with the official inauguration date set for March 25, 2021.

Croom, a highly respected leader and visionary, has worked in education for more than 30 years.  He has an extensive knowledge of student recruitment and retention, curriculum design, and fiscal management. He has supported the implementation of learning innovations, restart school strategies, and innovative classroom design. He is a recognized authority on academic achievement, educational development and leadership, and zero-based budgeting.

Throughout his career in education, Croom has worked to build bridges of support with both stakeholders and community members. He has worked with boards to manage strategic, mission-based planning, as well as communicated educational vision and core values to internal and external participants. Croom has provided oversight of diverse teams in academics, operations, human resources, and finance. His fiscal management experience includes developing and managing federal, state, and local funds in excess of $350 million. He has delivered presentations and provided training for school leaders throughout the eastern United States.

Croom has served on numerous state and national committees. His community and civic engagement have been recognized often including: 1986 American Farmers Degree awarded by the National FFA Convention, 1997 FFA Honorary Chapter Degree, 2002 Johnston County Schools Administrator of the Year, 2012 Magna Award Recipient presented by the National School Boards Association, 2013 Relay for Life Superintendent of the Year, 2013 NC RESA Regional Superintendent of the Year, and 2016 NC Order of the Long Leaf Pine award. As an interesting fact, Croom is a retired fire fighter. 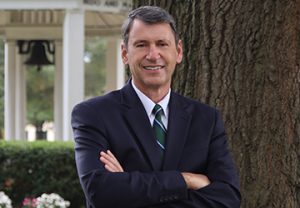