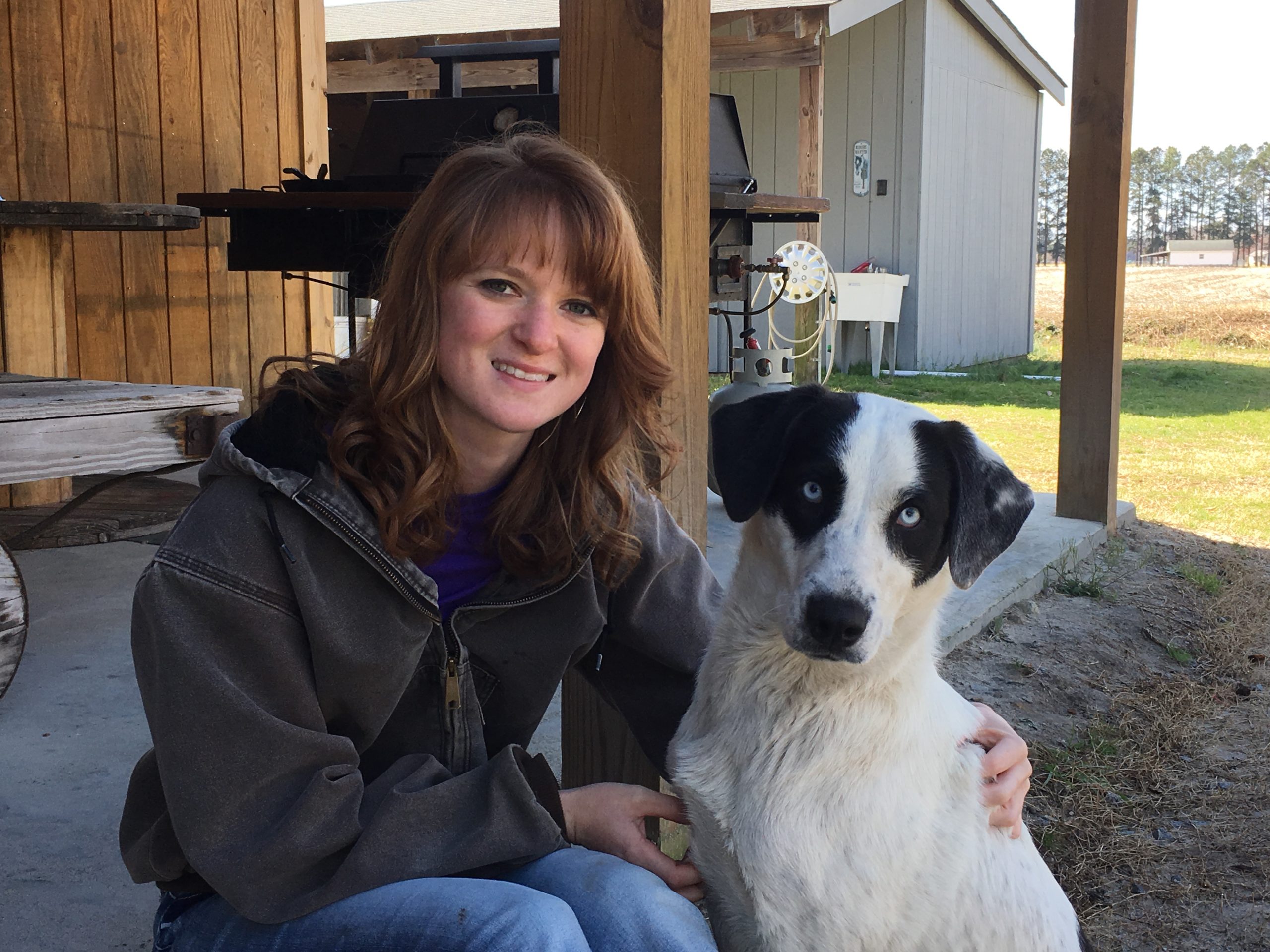 MOUNT OLIVE-It’s April 2020, and although the world around us is much different than anything we have ever experienced in our lifetimes, there is much that is the same.  Flowers are blooming, pollen is looming, Easter is Sunday, and strawberry stands are popping up all around. The signs of spring and hope for new beginnings are everywhere.

University of Mount Olive student Hannah Singleton gets to experience an up-close view of new life sprouting forth at her internship.  The plant science major is interning with Southside Farms, a seasonal produce farm in Chocowinity, NC, that specializes in strawberries.

“I enjoy all aspects of farming,” the Pactolus, NC native said.  “It amazes me to watch how God can take a little bitty seed and make it grow into a strawberry, peanut, corn stalk, or something as big as a tree.”

Singleton has known from the time she was in pre-school that she wanted to be a farmer.  Growing up she helped both her grandad, Roger Simmons, and her uncle, Timmy Simmons, on their farms.  She has experienced all aspects of row-crop farming, but her favorite crop is peanuts.  She is also fond of cattle farming.  For her 18th birthday Hannah went with her parents to the cattle auction in Ayden, where she got her first cow.

When it came time for Singleton to decide about college majors, she had a hard time choosing.  “We are not big farmers, so I knew I would not be able to farm full time.”

Singleton realized she needed a degree that would allow her to be both flexible and marketable in the ag industry. She first attended Beaufort County Community College where she earned her associates degree in agribusiness in 2016.  She worked then for a few years, but soon discovered that if she was going to advance her career, she needed to obtain a bachelor’s degree.

Singleton considered several college, but chose the University of Mount Olive because of its strong reputation in agriculture and its notoriety for graduate job placement.  Not long after enrolling at UMO, Singleton landed an internship with Southside Farms, where she works about 20 hours per week.

“No two days are ever the same,” she shared.  “We may be planting vegetable seeds in the greenhouse, setting out plants with the transplanter, or any other number of tasks.”

Variety is one of the things Singleton likes most about the internship.  She also enjoys making the connections between her classroom studies and her actual fieldwork.  “I think most ag students would agree that we tend to learn best by doing things hands-on.  At Southside, I have been able to apply some of the things we have gone over in class, especially the greenhouse work.  Watching the plants grow in class is one thing, but watching a plant grow to actually earn someone a living brings everything into perspective.”

Singleton is on track to graduate in the spring of 2021.  She hopes to become a crop extension agent and utilize the knowledge and technical skills she has learned to help farmers maximize their profitability.

“I am grateful to UMO and to Southside farms for preparing me for my future goals.”

Singleton is the daughter of Thomas and Angie Singleton.  She is a member of Parkers Chapel FWB Church in Greenville, NC.

The New “Normal” for College Students

Turn the Page to Good News