A Return to Volcker? Needed but Unlikely!

University of Mount Olive > Blog > A Return to Volcker? Needed but Unlikely! A Return to Volcker? Needed but Unlikely!

University of Mount Olive Tillman School of Business Assistant Professor of Economics Dr. Abir Mandal provides insight into the conversation about interest rates and what he predicts for the future. Dr. Mandal has been teaching at the University since Fall 2018. He has a PhD in Economics from Clemson University, where he specialized in economic growth and econometrics.

Nominal interest rates have been near 0 for the last two years as the Federal Reserve attempted to jumpstart an economy decimated by restrictions and shutdowns enacted by many state and local jurisdictions as their response to the COVID-19 virus. This follows a prolonged period of similar rates from the end of 2008 through February 2017, which the Fed claimed were necessary for the economy to emerge out of a prolonged slowdown post the 2008 financial crisis. In fact, correcting for inflation, the real interest rate has been negative for sustained periods as well.

Yet, I believe that due to supply side reforms, a domestic energy boom, lower taxes and a friendlier regulatory regime, aggregate production in the economy grew fast enough so as to keep (at least reported) inflation below target even through the fag end of 2021. This was despite the massive amount of unfinanced spending by the federal government and the consequent increase in the monetary base. However, there is no denying the fact that more money chasing after the same amount of goods will lead to an increase in prices, something about which many economists have been worried for a while now. This is especially true from those of us in the Chicago and Austrian schools of thought.

True to historical precedent, neither the government nor the Fed paid much heed to such voices and in fact printed 40% of the existing currency stock of the country over the last two years. This, combined with the second and third rounds of Covid spending under the new government has led to skyrocketing price increases, with the last headline inflation numbers coming in at 6.8%, along with inflation based on the producer price index of almost 10%. Expect the 10% increase in production costs to make its way to the consumer spending side pretty soon as inventories get exhausted and replenished.

Alarm bells have started finally at the Fed, with Jerome Powell finally conceding a tapering off asset purchases and then signaling up to 4 gradual rate increases for 2022. Unlikely as even that is, given that this is an election year, that will not be enough. The sacrifice ratio for the US, the share of American output that must be curtailed in order to fight inflation, is unlikely to be less than 2. This means in order to bring inflation to its long run target of about 2% from the current 7%, at least 2*(7%-2%) = 10% of GDP will have to be sacrificed. If inflation hits 10% as I predict, 16% of output would need to be lost, along with the associated unemployment and strife. The government does not have the stomach for that and will likely kick the inflation can down the road, just as it does its unsustainable debt. Historically, only Paul Volcker, the chair of the Fed under Ronald Reagan, had the courage to do what was needed to get the economy out of the Carter years inflation. Jerome Powell will do well to learn from his famous predecessor. 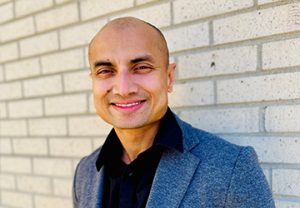