A Scratch-made Man with a Desire to Change Lives 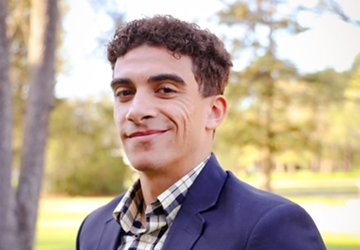 A Scratch-made Man with a Desire to Change Lives

MOUNT OLIVE-Ben Elliott, a self-professed Air Force brat, considers himself a scratch-made man.  The youngest of four siblings, Elliott grew up in a middle class family in rural Cumberland County where soccer, reading, and learning kept him busy and engaged.

Serving as Captain of the Fayetteville Soccer Club (FSC) Force and being part of a team that worked up to two consecutive State Cup final four appearances was a highlight of his years at Cape Fear High School, where he graduated in 2019.  Looking to advance his soccer career and his education, Elliott was recruited to the University of Mount Olive (UMO).

“When I first came to UMO, I had a heavy obsession with soccer,” Elliott said.

That obsession came at a cost.  Elliott’s academics began to suffer.  “I fought my way back to build a balance for myself between playing soccer and focusing on my studies,” he said.

During his next three years at UMO, Elliott thrived inside and outside the classroom.  He joined various on-campus clubs and organizations, took on leadership roles, attended conferences, served as a writing coach for his peers, and participated in an international study-abroad experience with the UMO Honors program. “I was challenged to get out of my comfort zone, and I grew massively,” he said.

Elliott graduated from UMO in May with a bachelor’s degree in English, a minor in history, and a certificate in technical and professional communications.  He is the first in his family to earn a four-year degree, and it is only the beginning of his educational dreams.  Elliott has been accepted to the University of Memphis Law School where he will begin working towards his Juris Doctorate in the fall. This summer, Elliott will intern with Democracy NC, a non-partisan, nonprofit organization that is committed to strengthening the democratic process in NC.

“My responsibilities will include learning how to train new advocates on local law policies, educating communities about elections, and interacting with elected officials and news media to advocate for democratic ideals in the social sphere,” Elliott said.

Elliott notes that the communication and writing skill that he has learned at UMO will be advantageous during this much-sought-after and competitive internship experience.  “Activism and social organizing is something I’ve never done,” Elliott said.  “Some of the most remarkable people in history including, Cesar Chavez, John Lewis, Martin Luther King, and others have done this at the most grassroots levels. They are all people who improved the lives of others, and I want to do that when I begin my professional career.  I want to help people that are underprivileged, underrepresented in government, or simply look like me.”

Elliott’s internship began May 24 and will last until July 31.  He is very appreciative of Dr. Alexis Poe Davis, Associate Professor of English, for her encouragement and support.  “I wouldn’t be here without Dr. Davis,” Elliott said.  “She encouraged me to apply for this internship and I am so grateful.  It will be the first step in a path related to my future career. The experience will help prepare me for post-college life in terms of the weekly workload as well as in making professional connections.”

Elliott’s long-term goals included applying to work for the Equal Justice Initiative, which he says, “employs some of the most skilled attorneys in the country who fight for racial justice.”

“Ben is an exemplary young person, and we’re blessed to have been able to work with him,” said Davis. He is an excellent representative of UMO and of our English program. The entire department is proud of him!”

Elliott countered, “The University of Mount Olive is a place where the students and faculty will love you when you want it, teach you when you need it, and open themselves up to allow you to be vulnerable.”

His advice to future UMO Trojans, “Lead with love and be your teammates’ biggest cheerleader.  This will allow you to change the world, one small space at a time.” 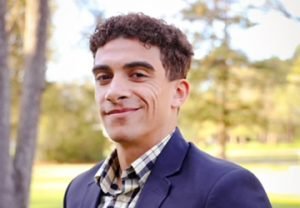 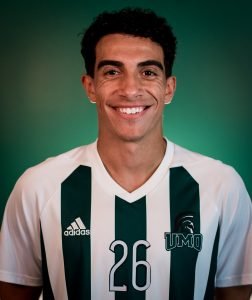 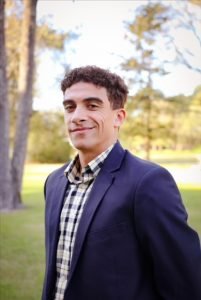