MOUNT OLIVE – The University of Mount Olive (UMO) will hold its annual Braswell Lecture on Thursday, March 22 at 7:30 PM in the Southern Bank Auditorium located in Raper Hall. The speaker for this lecture will be Jack Howarth. The event is free and open to the public.

Howarth will speak on “The Future of Education and Socialization for Learners with Autism Spectrum Disorder (ASD).” While working at IBM as a technician, Howarth built a digital version of a human on a computer screen to help his son, Brandon, who has autism spectrum disorder (ASD). Brandon would sit in front of the screen for hours while it talked about facial expressions over and over, teaching him by sheer repetition. “I was just doing what I could to help Brandon be successful,” he said.

Howarth has a BS degree in management programs from National-Lewis University in Wheaton, IL, a Digital Computer Technology diploma from Sylvania Technical School in Hempstead, NY, and he is a certified electrician. He currently works as an account manager for ROBOKIND Advance Social Robotics. 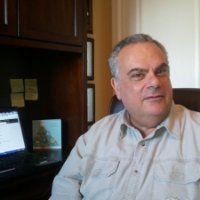 College Students Tackle Ethics and the Future of Community

UMO to Hold Night of Reflections