MOUNT OLIVE – Several Johnston County students were recognized for their achievements at the University of Mount Olive’s Annual Awards Ceremony.  Among those receiving awards were:

Dalton “Bailey” Lail of Kenly received the Agribusiness Student of the Year. Lail is a senior agribusiness major.  This award is given to an outstanding agribusiness senior having a minimum of 92 semester hours and a GPA of 3.0 or better with resume capturing leadership qualities, community contributions, and other interests.

Dylan Pinder of Kenly received the The Jan Brewer Scholarship Award. Pinder is a freshman recreation and leisure studies sports management major.  The Jan Brewer Scholarship Award, given in memory of Janet Ruth Brewer (1959—1981), class of 1979, is made possible by an endowment established in Ms. Brewer’s honor in April 1980 by her classmates and friends.  Ms. Brewer, a member of Dublin Grove Free Will Baptist Church, though born with Cystic Fibrosis, achieved her goal of earning a college degree when she received an Associate in Science degree from Mount Olive College.  This award is given to a student who is successfully overcoming adversity in pursuit of a college education.  The Jan Brewer Scholarship is payable on future educational expenses at University of Mount Olive.

Mary Kathleen Jones of Princeton received the The Senior Citizen Cup. Jones is a senior chemistry/biology major.  The Senior Citizenship Cup is presented by the Student Affairs Office to the graduating senior who has evidenced the most outstanding qualities of citizenship during his/her academic career at the University of Mount Olive.  The recipient of this award is selected by a committee of faculty, student, and staff representatives. 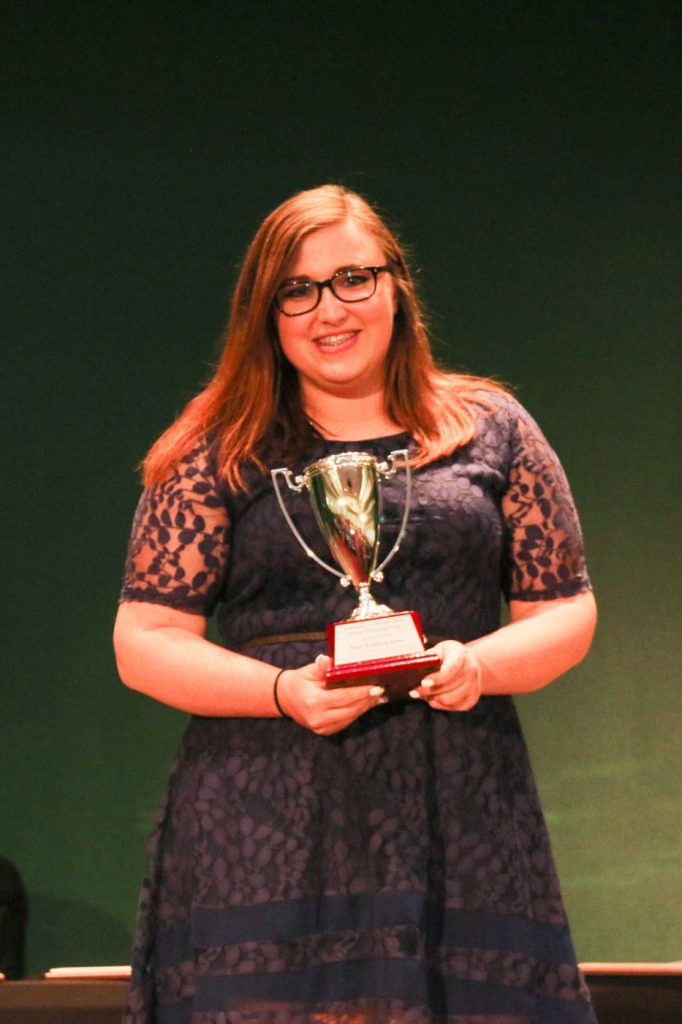 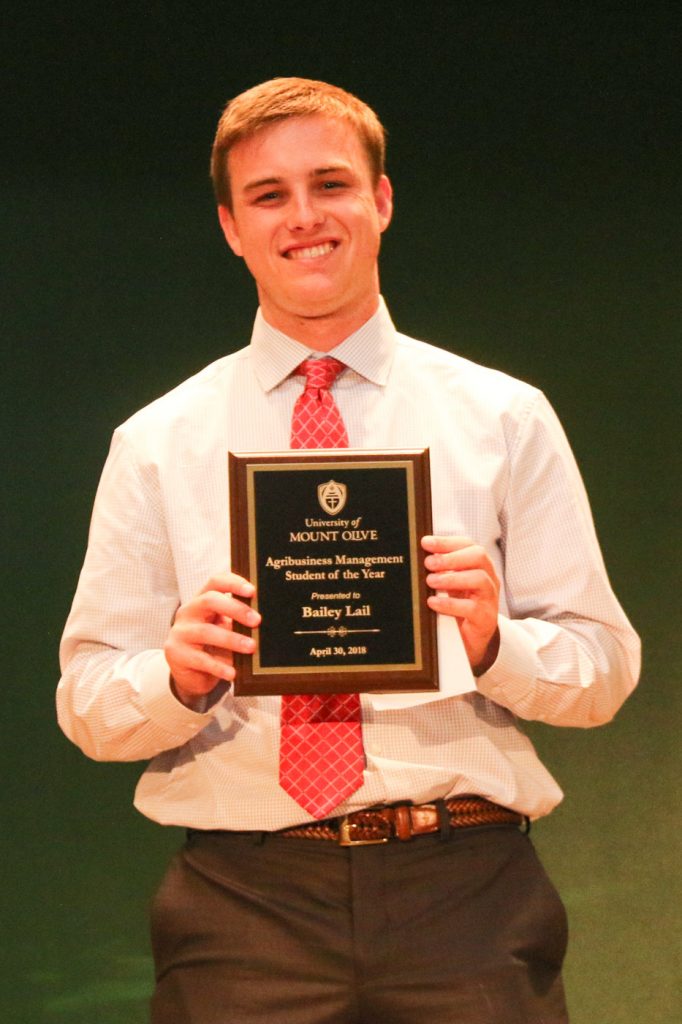 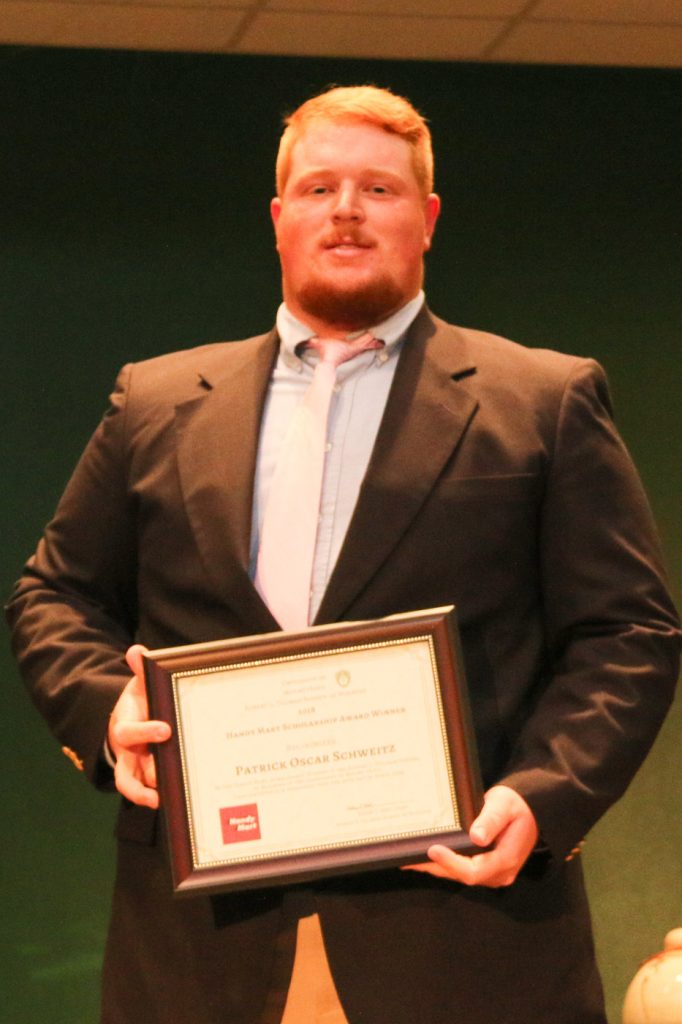 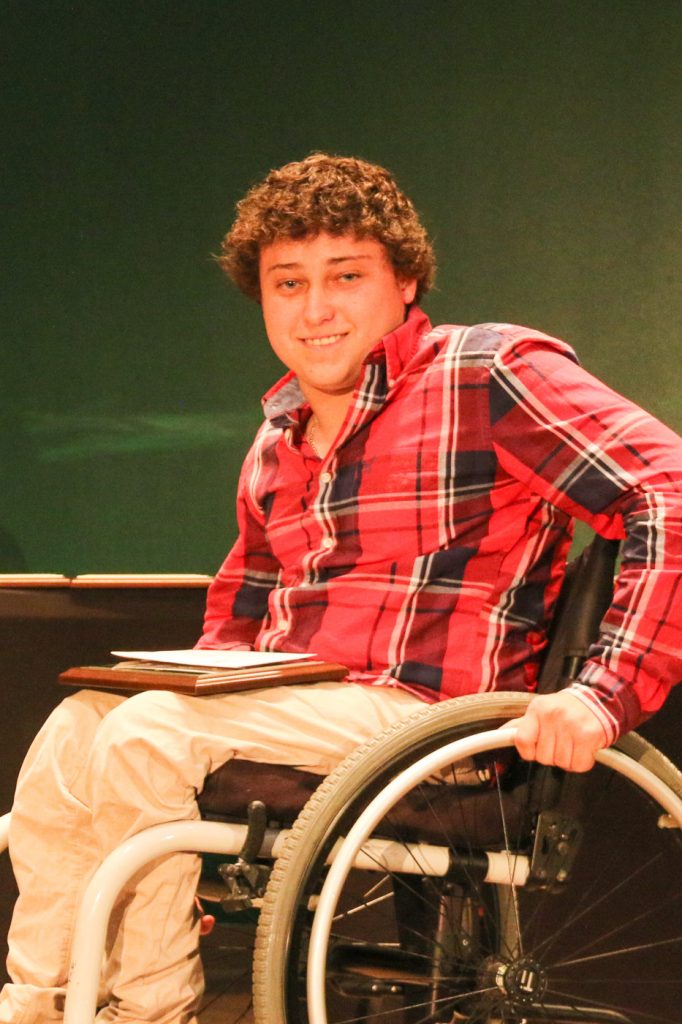