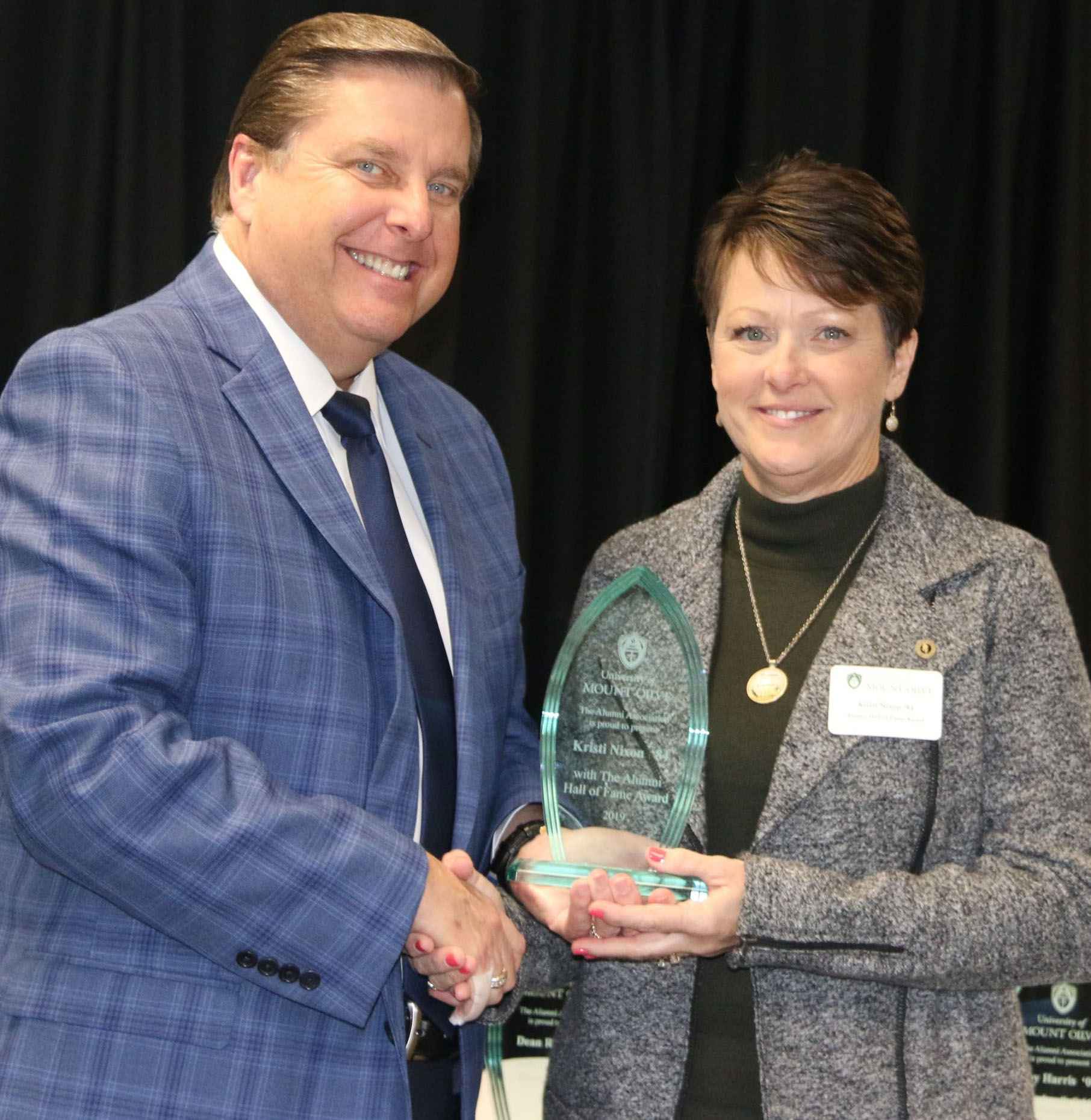 MOUNT OLIVE- University of Mount Olive (UMO) alumna Kristi Nixon of Edenton was recently honored during the University’s Annual Alumni Ceremony. She received the Alumni Hall of Fame Award in recognition for her productive citizenship and outstanding service to community. As Regional Environmental Health Supervisor for the state, she has brought distinction to UMO through her achievements in the field.
Nixon has been honored many times during her 30-year career. She received The State Service Award in the aftermath of Hurricane Floyd in 2000, the Trenton G. Davis Distinguished Service Award in N.C. Environmental Health in 2015, and the Commitment and Service Award 2008 Interstate Environmental Health. After her retirement she received the Order of The Long Leaf Pine and The Cardinal Award from Governor Pat McCrory in 2016.
Nixon served as Vice President of the Northeastern Environmental Health District in 2000 and as President in 2006 for the Environmental Health Section Eastern District for the North Carolina Public Health Association. It should be noted that Nixon’s love of science and collecting awards started before her time as a Dean’s list student at Mount Olive College (MOC). While attending Southern Wayne High School she was presented the Science Award for Excellence in 1982 as she became the first student at that school to take every science class offered. Her love of science continued while at Mount Olive College under the tutelage legends of Mrs. Martin, Mr. Brown and Dr. Jeanes. While at MOC she received the 1984 CRC Chemistry Achievement Award.
Nixon graduated from Mount Olive College in 1984. Having built lifelong relationships at the College, she views her time at the institution as a steppingstone for both her life and profession. She later obtained her bachelor’s degree from UNC Wilmington and her masters from UNC Pembroke.
The University of Mount Olive is a private institution rooted in the liberal arts tradition with defining Christian values. The University, sponsored by the Convention of Original Free Will Baptists, has education service centers in Mount Olive, New Bern, Wilmington, Seymour Johnson Air Force Base, Research Triangle Park, Washington, Jacksonville, and online. For more information, visit www.umo.edu.