MOUNT OLIVE – There is often an attitude out there that art and science are diametrically opposed. However, University of Mount Olive (UMO) student Mary Jones does not view the world in such an either-or manner.

“People think that you can’t do both – that you’re either right or left brained. However, as humans we can integrate these different parts of life to create our own individuality,” Jones said.

Growing up in Princeton, NC, Jones remembers having a creative and curious mind. Fortunately, she had the support of her grandmother, Wilma Creech. “My grandmother always encouraged this sense of creativity without limitations,” she said.

Throughout high school, Jones immersed herself in the artistic community by taking classes and creating art with her adopted mother, Judy Boyette, a retired art teacher and the president of the Johnston County Arts Council.

The same curiosity that fostered Jones’s love of art also spurred her passion for the scientific world. She and her grandmother to thank for that, too.

“We spent a lot of time outside, immersed in nature. That’s where I fell in love with science,” Jones said.

With the support from great teachers at Princeton High School, Jones took advanced science courses and participated in the North Carolina Envirothon program.

When the time came to choose a college major, Jones decided to pursue a bachelor’s degree in biology with a minor in chemistry at UMO. “Biology is like a vast puzzle. I want to work as hard as I can to try and clarify this overall picture of life.” she said.

Her passion for biology can be summarized in a single sentence; “Biology is life itself!”

While Jones studied for her science courses at UMO, she passed the time by doodling on the edges of her notes. She stated that by creating visual representations of the scientific processes, she gained a better grasp of the subject matter.

“You can ask any of my professors. It’s rare that I don’t have doodling on my notes or tests, because that’s how I understand the world,” she said.

Those doodles caught the eye of her professors, and word of her talent soon spread.  She was offered a job with the Student Affairs Office creating signs for weekly events.

In 2016, Jones competed in the annual Homecoming chalk art competition for the Henderson Science Club. She won first place. She was later asked to create a logo for the University’s annual STEM on the Green event.

Jones is especially appreciative of several of her professors who have recognized and helped to cultivate her talent, specifically Dr. Sara Lahman and Dr. Jason Pajski. “They have been essential in nurturing me as a science student and advocating for my artwork throughout campus,” she said.

Recently, Jones completed a project which will ensure that her talents will continue to be appreciated by future generations of UMO students. Jones and her mother created a mural on the second floor of Raper Hall. The mural is made up of four quadrants which each represent an area of the biological and physical sciences: physics, chemistry, and biology in marine and terrestrial environments.

She called the mural the “culmination” of her work at UMO. “I could not be more honored to have left my mark at UMO. I wish I had the words that could accurately describe how I feel,” she said.

In addition to art and science, Jones serves in leadership roles throughout the UMO community. She is one of two head resident assistants, co-president of the Henderson Science Club, and a University Marshal. She also plays clarinet in the UMO symphonic band.

Jones is set to graduate in May 2018. She is interested in the field of biology which examines how aspects of the environment interact. She plans to continue her education in a graduate program for environmental conservation, and she hopes to utilize that time to explore artwork created from recycled materials.

“I’ve always searched for a balance between science and art, and I am passionate about showing the world that the two are intertwined,” she said. 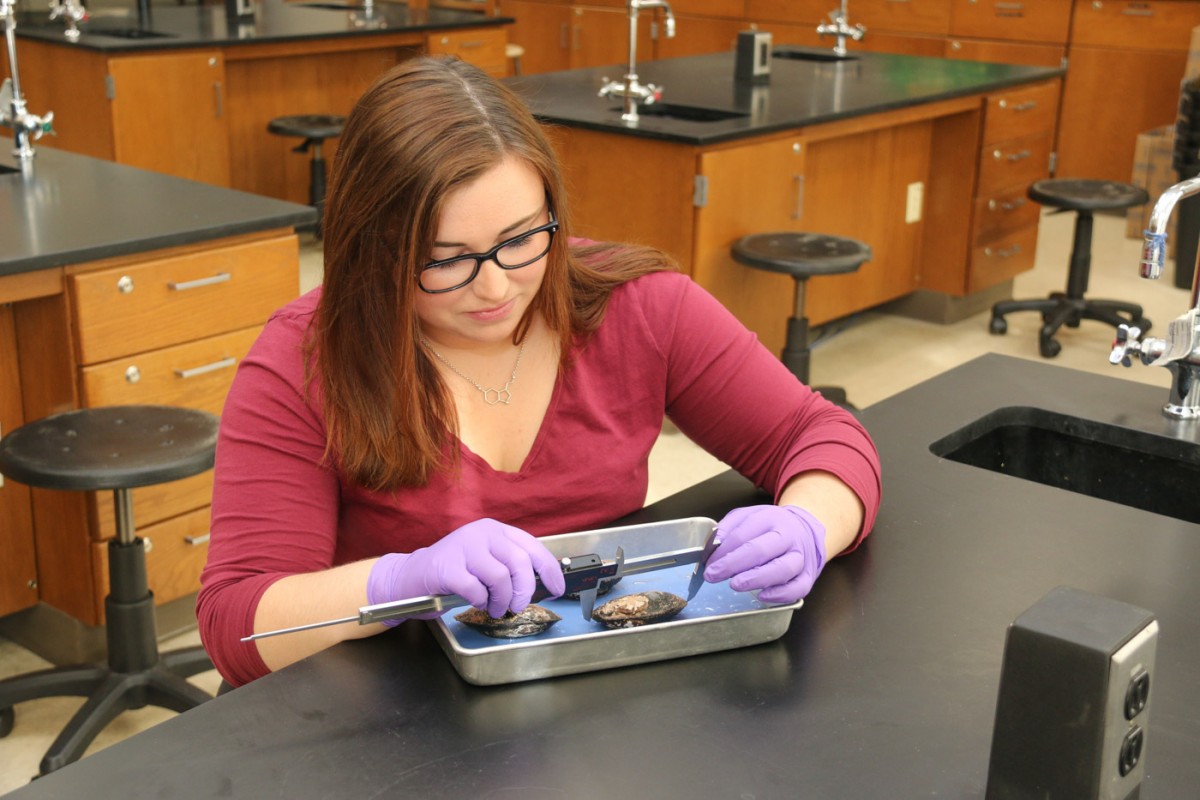