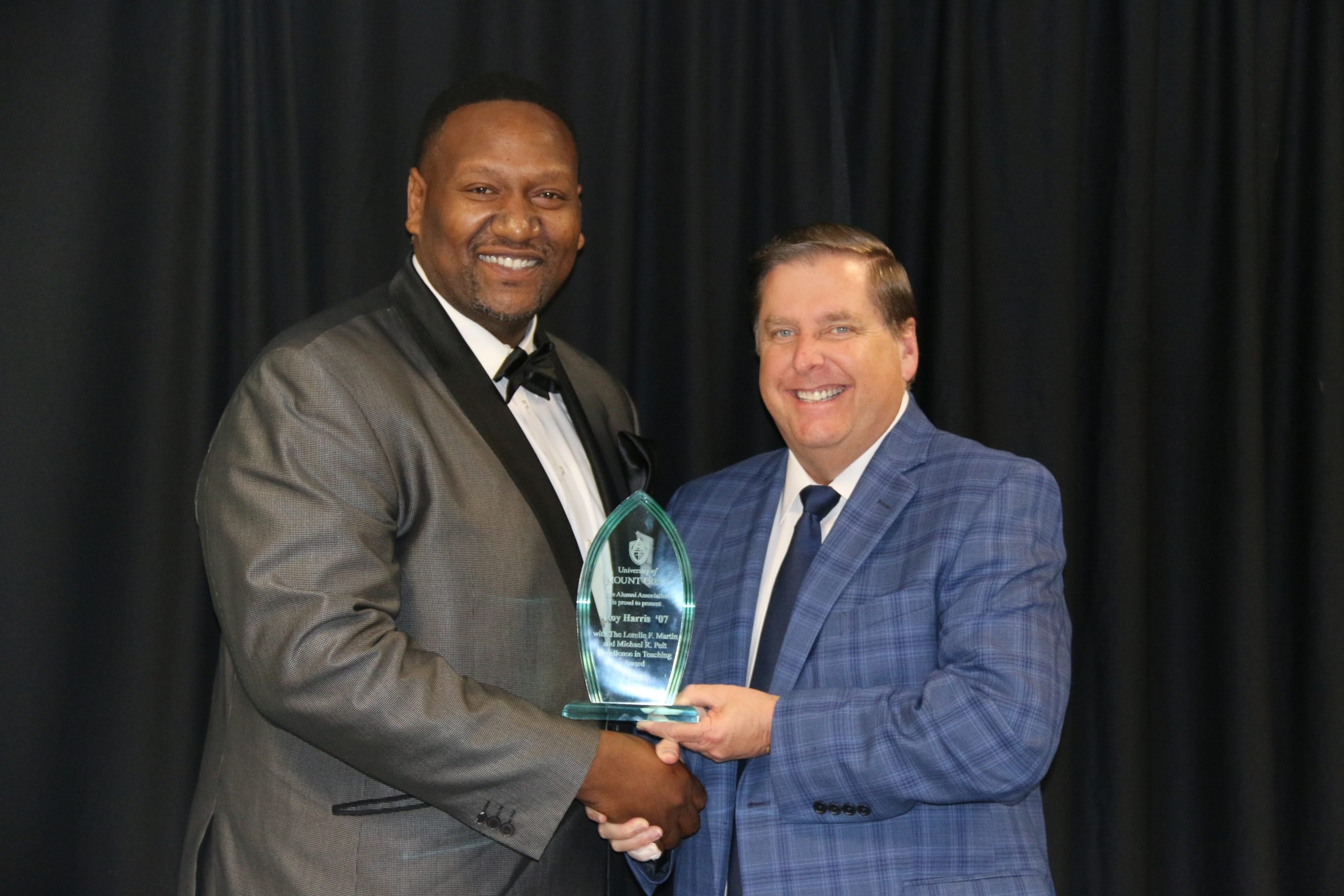 MOUNT OLIVE- University of Mount Olive (UMO) alumnus Roy Harris of Erwin was recently honored during the University’s Annual Alumni Ceremony. He received the Lorelle F. Martin and Michael R. Pelt Excellence in Teaching Award for his exceptional service as an educator.
Harris graduated from Mount Olive College in 2007 with a degree in music. On many occasions since graduating, he has shown support for the university by assisting with UMO musical productions and off-campus activities.
Harris found his true calling with the Harnett County Public Schools. He currently works as the choral director at Triton High School (THS). Acknowledged for his good works, Harris has been awarded the THS Teacher of the Year and been recognized as one of the top five regional teachers of the year.
Harris serves as a member of the North Carolina Chapter of the Gospel Workshop of America Choir and the North Carolina Music Educators Association. He also directs the Cape Fear Southwestern Free Will Baptist Church Conference of America Youth Choir.
Fellow alumnus Derrick Williams, who nominated Harris for the award, said “Harris’ love of the arts and education shines brightly both in-school as well as in the community.”
The University of Mount Olive is a private institution rooted in the liberal arts tradition with defining Christian values. The University, sponsored by the Convention of Original Free Will Baptists, has education service centers in Mount Olive, New Bern, Wilmington, Seymour Johnson Air Force Base, Research Triangle Park, Washington, Jacksonville, and online. For more information, visit www.umo.edu.