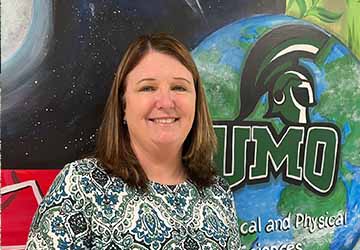 Jackson began her teaching career at UMO in January of 2011.  A Mount Olive native, Jackson said, “I enjoy the small hometown feeling of Mount Olive.  I like to welcome students not only to UMO, but also to “Pickle Town” as our students often refer to Mount Olive. Both the town and the university are small communities where you get to know everyone, and you are allowed to be a part of their journey, if only for a little while.”

Jackson said the most enjoyable aspect of teaching for her is, “engaging with the students in the classroom, and learning where they are coming from and helping them progress to the goals they have set for themselves.”

Of being named Best of the Boot Professor at UMO, Jackson said, “I am honored to be recognized, along with everyone on the list.  It has meant that each of us have touch the lives of our students in a positive manner, both in and out of the classroom.”

In its second year of existence, Best of the Boot received a staggering 16,000+ unique voter-cast ballots, more than doubling last year’s competition. Editor Ken Fine said, “Honoring the incredible community – and the people who make it second to none – will never get old.”

The University of Mount Olive is a private institution rooted in the liberal arts tradition with defining Christian values. The University is sponsored by the Convention of Original Free Will Baptists. For more information, visit www.moc.edu. 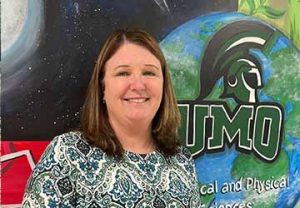