MOUNT OLIVE– Dignitaries and supporters of the University of Mount Olive celebrated the start of construction of the Carl Lancaster Training Facility on Wednesday, September 7.

“It is a great day for our Athletics Department and our baseball program,” said UMO President Dr. H. Edward Croom. “We are so appreciative of the wonderful community support for this project and we are excited to get it rolling.”

All speakers talked about the commitment of those involved and how this first-class facility should continue to grow the winning tradition of the UMO baseball program.

“It’s a great day to be Trojan,” said Athletics Director Joey Higginbotham. “I want to thank our community, alumni, and donors.  This would not be possible without your support. This facility is a major need for our growing Athletics Department to be able to maintain the success we have had and to continue to build on it. I’m excited about the impact this is going to have on our student-athletes. Nobody works harder than the Trojans.”

The Carl Lancaster Training Facility will be a 5,850-square feet indoor space aimed at improving player development. Having the ability to train in any kind of weather will be a tremendous bonus to Trojan athletics as players perfect their skills. The facility will include three full-length retractable batting cages, pitching mounds, performance turf, upgraded equipment storage, and data-driven metrics to track hitters and pitchers with instant feedback.

“On behalf of our coaches and players, thank you, it is an incredible day for our program. To the donors and administrators who have had a hand in us being here today, I appreciate everything that you’ve done,” said Head Baseball Coach Rob Watt. “It is groundbreaking and life-changing for our players and for our program. It truly is a dream becoming a reality. This facility will allow our players to have unlimited access to a building that will supply them with information that gives them feedback so they can hone in and master their craft.”

The facility will aid not only future recruiting efforts, but also support current and future players as they compete at the highest level. The facility is being appropriately named to honor former, longtime Head Baseball Coach Carl Lancaster, whose distinguished service has left an indelible mark on the Trojan baseball program and the University of Mount Olive.

“Carl is an icon here and he built this program. It is my privilege to be here to honor someone that spent countless hours of his life in making this program what it is today,” said Watt.

Construction is set to begin immediately, Joe Smith of Smith Engineering and Design, P.A. out of Goldsboro is the architect on the project, and David Bailey is the contractor.

The University of Mount Olive is a private institution rooted in the liberal arts tradition with defining Christian values. The University is sponsored by the Convention of Original Free Will Baptists. For more information, visit www.moc.edu. 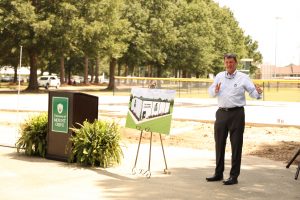 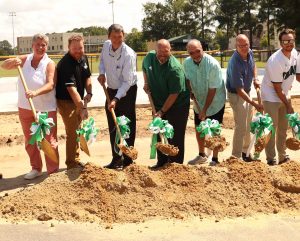 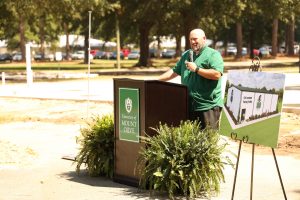 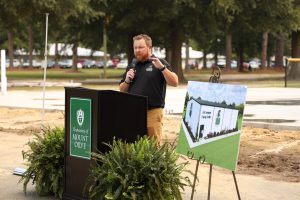 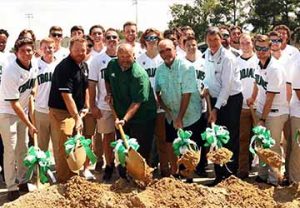 Alan Farrior Makes the Most of College and Internship Experiences