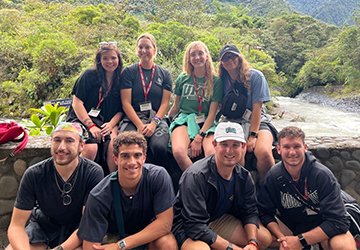 MOUNT OLIVE – Eight students and six chaperons from the University of Mount Olive Honors program recently took an eight-day trip to the central and eastern regions of Ecuador.

Nicole Solicito, an education major from New York, said, “This wasn’t just a trip to a gorgeous country with beautiful cultures, but it was also a trip that pulled together different social backgrounds into lifelong bonds.”

The group visited multiple national landmarks including the Peguche Waterfall of Otavalo, the Centro Cultural Metropolitano in the capital Quito, Church of the Virgin of the Holy Water in Banos, and the monument on the equator, Mitad Del Mundo. They spent two nights in the Amazon Rainforest where they rode canoes on the Napo River and hiked through the jungle at a nature reserve. They saw capuchin monkeys, lemon ants, and colorful birds.

On a tour of the Napo River’s Anaconda Island, students met an Indigenous Kichwa couple who described their daily lives and native customs to the group.  “This was a culturally enriching experience,” said Ben Elliott, a senior from Wade, NC.  “It was interesting to see how the native Amazonian people preserve their way of life and strike an important balance with nature.”

In their free time, students wandered the numerous markets and towns.  They visited places like Tres Gatos coffeeshop and the empanada vendors. Sarah Faith McAlister, an agriculture education major, said, “I am a big plant nerd, and my classmates enjoyed pointing out different plants for me to identify. That made my trip to Ecuador even better.”

The temperate climate, delicious food, mountainous views, dense forests, and waterways made for hundreds of pictures. Ben Howard, a biology and chemistry May graduate from Georgia, said it best, “It was breathtaking to see every concept of beauty that I have ever known to be reinterpreted, reimagined, and rewritten in ways I had never seen before.” 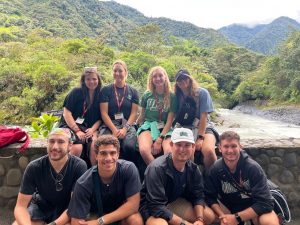 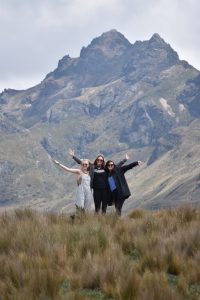 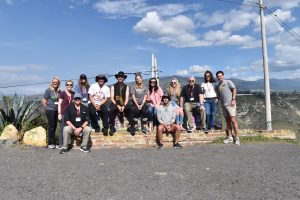 Flock Over to UMO for Poultry Primer Day Camp