MOUNT OLIVE – The University of Mount Olive (UMO) is scheduled to host Dr. Elliot Engel for an event entitled “Detecting Sir Arthur Conan Doyle.” The event will be held on Tuesday, March 13, at 7 PM in Southern Bank Auditorium located in Raper Hall.

Dr. Engel is a native of Indianapolis who now resides in Raleigh. He has taught at the University of North Carolina, North Carolina State University, and Duke University. He has written ten books, four plays, and numerous newspaper articles. He has also lectured throughout the world and had a PBS mini-lecture series on Charles Dickens which aired throughout the United States. He has received numerous awards including UCLA’s Outstanding Teacher Award, North Carolina’s Adult Education Award, the Victorian Society’s Award of Merit, and Tar Heel of the Week in 2014. He was also inducted into the Royal Society of Arts in England, and he services as President of the Dickens Fellowship of North Carolina.

The creator of Sherlock Holmes led a fascinating life which rivals the suspense and surprises found in his detective fiction. In the “Detecting Sir Arthur Conan Doyle” event, Engel will use anecdotes, analysis, and large doses of humor to bring to life both the author and his immortal fictional detective.

This event is part of “Wayne County Reads,” a common read program rooted in Wayne County. The common read for 2018 is The Adventures of Sherlock Holmes by Sir Arthur Conan Doyle. 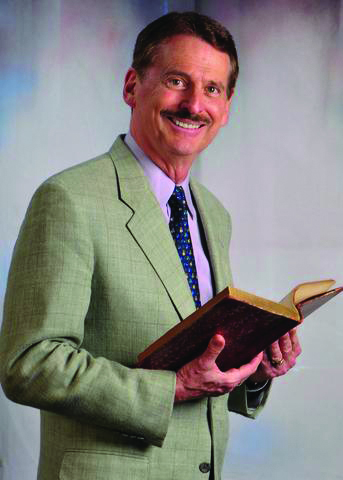