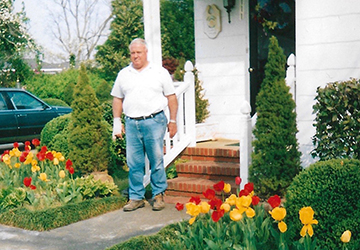 George Adrian Dail of Calypso was not famous, unless you consider him Calypso’s “Unofficial Police Officer.”  He was not a world traveler.  However, he did travel the roads around his community early, late, and often enough to have circled the globe at least twice.  George Adrian did not live in a fancy mansion. In actuality, he was born, raised, and lived in the same home for all of his 78 years.  He did not have a huge family.  On the contrary, he was the only son born to Adrian Jackson Dail and Mary Albritton Dail.

George Adrian did not drive an expensive vehicle.  Instead, he mostly drove his white 2008 Chevrolet Silverado pick-up truck, with one dim headlight.  If he was doing anything special, he drove his silver Buick LeSabre.  George Adrian was not a fancy dresser.  Rather, he was most comfortable in jeans and a collared shirt.  He was not a grand chef, but the friends, neighbors, and shut-ins that frequently received George Adrian’s renowned cheese stars would likely tell you different.

George Adrian was not a military mastermind, but he did serve his country through the National Guard in the late 1960s and early 1970s.  He did not put out house fires, but he did receive the designation of Honorary Calypso Fire Fighter for his gifts of time and money to the Department.

George Adrian was not a college graduate, but he did attend Mount Olive College, now the Univeristy of Mount Olive, from 1961 to 1962.  He also believed in the importance of education and he kept up with his classmates from North Duplin High School where he graduated.

After learning that George Adrian Dail had bequeathed the bulk of his estate, more than $1.6 million, to the University of Mount Olive, Public Relations Director Rhonda Jessup sat down with a few individuals to find out more about the man who unselfishly and sacrificially made such a life-changing gift for future students. Nick Nielson, Pastor of Calypso Presbyterian Church where George Adrian attended; friend and neighbor Ella Radcliff; and lifelong friend Laura Ann Sutton Waters shared insights about the man they knew as, “The icon of Calypso.”

“If I ever asked someone who they knew from Calypso, the answer would always be, ‘Well, do you know George Adrian Dail?’” Laura Ann said.  “Everybody knew George Adrian. He was certainly an icon for the town. He had the best heart of anyone you had ever seen.”

“He had a heart of gold,” Ella agreed.

A retired farmer, George Adrian was a man of routine.  His daily rituals included visits with friends to shoot the breeze; lunch at Ritas Restaurant; and a stop into the funeral home to ask, “Who you got in here today?”  His infamous drive-throughs and pop-ins included daily trips to Genesis Nursing Home, the post office, the Town Hall, a slow stroll around the Burger King in Mount Olive, and several trips through Calypso Cemetery.  “If a flower was blown over or missing, he would notice and call someone about it,” Laura Ann said.

At night, he combed the neighborhood.  “With George Adrian around, there was never anything out of place,” chimed Ella.  “He made sure of that,” Laura Ann agreed.

George Adrian loved history and he liked things “the way they were,” Ella said.  In his home, he kept the Calypso Presbyterian Church’s original organ.  He collected newspapers, old vacuum cleaners, family photos, dishes, and antiques, to name a few.   “He loved to tinker and refinish furniture,” noted Ella.  “He was also very peculiar about his flowers,” added Laura Ann.  “He was a member of the Day Lilly Society, and he kept the flowers at his home place in immaculate condition. I think he did that in honor of his mother.”

George Adrian, rarely talked politics, he religiously listened to the police scanner, he enjoyed a good auction sale, and he hardly ever missed a funeral.  “He kept all of the funeral bulletins,” Ella said.  “Stacks and stacks of them,” Laura Ann smiled.

On Sunday’s you could “go to the bank”, knowing George Adrian would be in his usual seat in the Levi Cashwell Class.  In fact, George Adrian had a string of perfect attendance pins spanning 30 years.  “We stopped passing out the pins,” said Pastor Nick. “But, if we hadn’t, there is no telling how many he would have had.  He never missed Sunday school.”

George Adrian listened to those Sunday morning lessons intently, but rarely spoke up.  “Any other time, he would talk your ear off,” said Pastor Nick.

Perhaps, it was during one of those Sunday morning lessons that the scripture James 1:27 became George Adrian’s mantra.  It reads, “Religion that God our Father accepts as pure and faultless is this: to look after orphans and widows in their distress and to keep oneself from being polluted by the world.”

“He catered to the elderly in Calypso, especially the widowed ladies,” Ella said.  “I think he had a heart for elderly people because his parents were older when he was born and he always related to seniors.”

As a means of honoring his mother’s memory, George Adrian looked after the widowed ladies of Calypso.  “He took bananas, cookies, and candy to the nursing home to share with the residents to brighten their day,” Laura Ann revealed.

“It was like a ministry to him,” said Pastor Nick.  “The widowed ladies knew they could call on him if they needed a grocery, prescription, or post office pickup or to be driven to a doctor’s appointment. They would say, ‘call George Adrian, he can do it.’ And, you can believe George Adrian would get the job done.”

Another verse that comes to mind when thinking of George Adrian is Matthew 6: 3-4 “But when you give to the needy, do not let your left hand know what your right hand is doing, 4 so that your giving may be in secret. Then your Father, who sees what is done in secret, will reward you.”

“I think the one way that you could portray George Adrian is that he was unique in the way that he did so much, but it was all behind the scenes,” Laura Ann said. “No one knew,” Ella agreed. “He never talked about it.”

At six feet tall, George Adrian Dail was not overly tall in stature, but the shadow he cast was large.  He performed daily acts of kindness for his neighbors, for widows, for strangers, for anyone he thought he could help.  He did so without expectation of reward or thought of repayment.  He simply did good, because doing good was the right thing to do.

For the residents of the small Duplin County community of Calypso, NC (population approximately 600), they have missed their silent hero since his passing on July 1, 2021. However, the legacy of George Adrian Dail lives on in the hearts and minds of those that knew him best.  It will also live on in the lives of generations of future students who will receive scholarships from the George Adrian Dail Endowed scholarship program.  A final gift that was just like the life George Adrian lived… full of faith, friendship, and the fortitude to improve the world around him one person at a time.  That is who George Adrian Dail was!

The University of Mount Olive is a private institution rooted in the liberal arts tradition with defining Christian values. The University is sponsored by the Convention of Original Free Will Baptists.For more information, visit www.umo.edu. 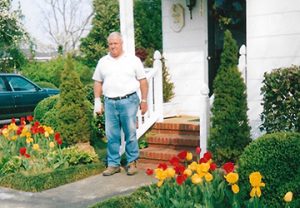 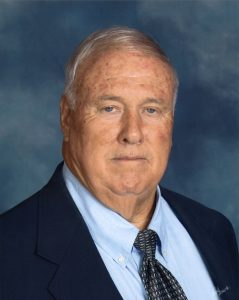 NC Superintendent of Public Instruction to Speak at UMO