MOUNT OLIVE – The University of Mount Olive has received a $100,000 grant from the annual Joy W. Pope Memorial Grants in Arts and Human Services distribution from the John William Pope Foundation.  The money will go towards the University’s Black Box Theatre project in downtown Mount Olive.

“We are so appreciative of the support given to us from the Joy W. Pope Memorial Grants in Arts and Human Services for the purpose of our Black Box Theatre,” said UMO President Dr. David Poole.  “The $100,000 grant will insure that the Town of Mount Olive and the surrounding region will have the opportunity to experience a growing and expanding arts program that revitalizes the human spirit.  We look forward to the grand opening of this outstanding facility in the fall of this year.”

The University’s theatre program has been steadily evolving over the last five years.  Starting simply as a drama club for a handful of interested thespians, the theatre program has grown to include multiple theatre courses with the addition of an allied faculty member/ theatre director, and co-director.  The theatre program attracts students from many disciplines that utilize their artistic skills and talents for at least two drama performances each academic year.

“This innovative project will transform an historic property into a vital public space while strengthening ties between the university and the community,” said Pope Foundation Chairman Art Pope. “We look forward to seeing a theatre venue that will enrich the lives of students and residents alike by providing opportunities for education, performance, and public appreciation of the arts.”

The John William Pope Foundation Board was presented with more than 100 applications from nonprofits across the state.  The University of Mount Olive, was one of only two to receive funding.  “Ultimately we selected two organizations that will use innovative means to expand critical opportunities for the people and communities they serve. That’s the spirit of this award and a great compliment to the 84 other community nonprofits we supported through grants this fall and winter,” said Pope.

The Joy W. Pope Memorial Grant in Arts and Human Services was introduced in 2016 to recognize innovative projects and ideas from across the state. Each year over 75 organizations apply to receive the one-time grant.  Previous arts grant recipients include Fayetteville Symphony Orchestra, Stecoah Valley Cultural Arts Center, and Stokes County Arts Council.

The grant is offered through the John William Pope Foundation, a Raleigh grant maker established by the late retail entrepreneur John William, his wife Joy W. Pope, and their family.  The foundation’s giving includes nonprofit public policy research, education, human services, and the arts with the goal of improving the wellbeing of North Carolinians.  Including the Joy W. Pope grant program, the Foundation issued nearly $3.5 million in grants in fall 2018.  Since 1986, the Pope Foundation has given more than $155 million.  For more information visit www.jwpf.org. 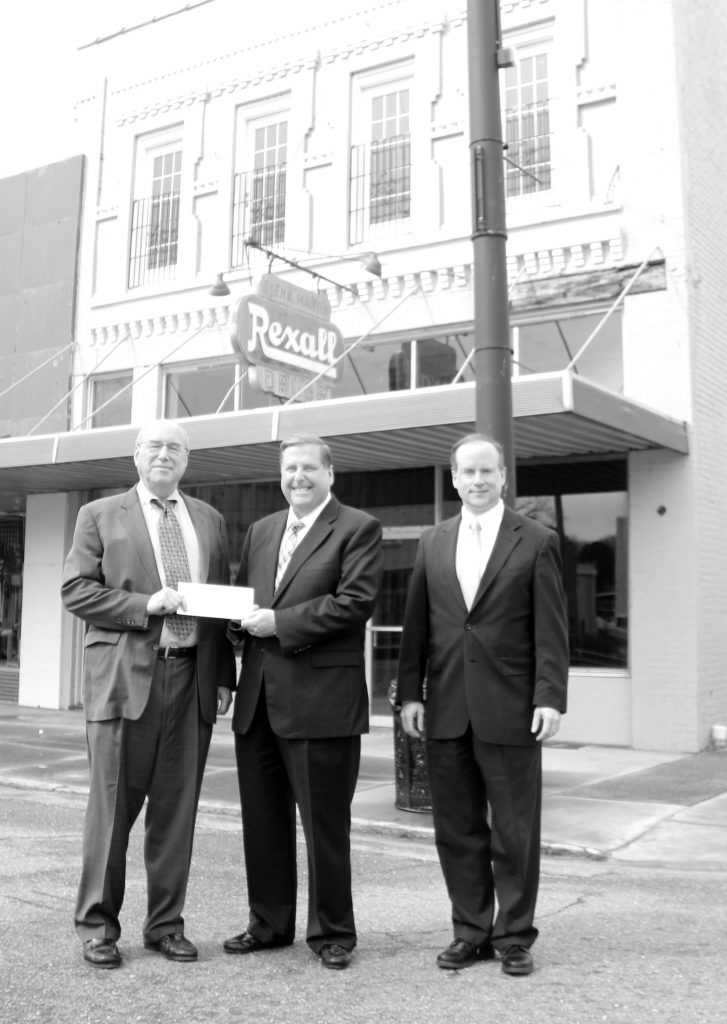 Standing outside the former Glenn-Martin Drug Store are (L-R):  Chairman of the John William Pope Foundation Art Pope, University of Mount Olive President David Poole, and President of the John William Pope Foundation John Hood. The University plans to use the $100,000 grant given to them by the Joy W. Pope Memorial Grants in Arts and Human Services to renovate the building into a Black Box Theatre. 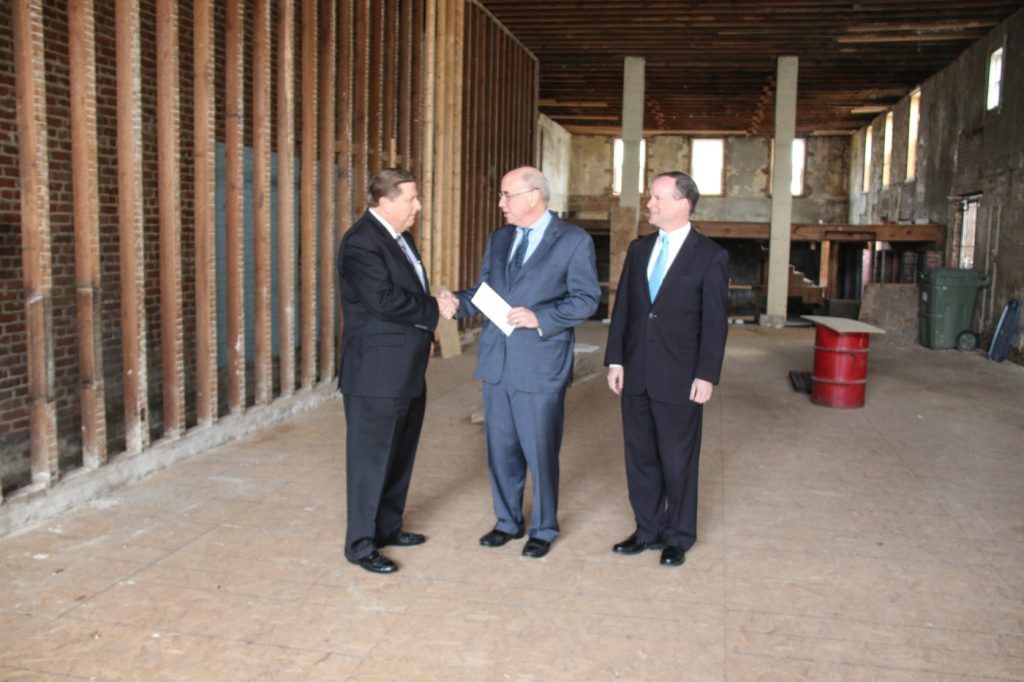 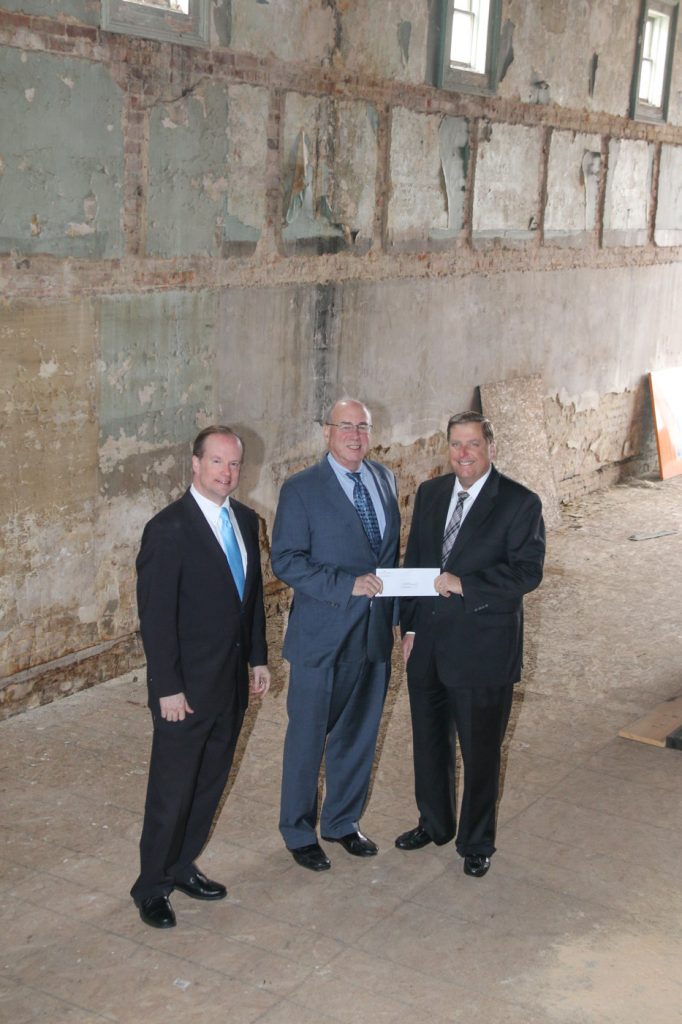 President of the John William Pope Foundation John Hood looks on as Chairman of the John William Pope Foundation Art Pope makes a $100,000 grant presentation to University of Mount Olive President David Poole.  The presentation was made standing inside the former Glenn-Martin Drug Store, which is slated to become the University’s Black Box Theatre.