MOUNT OLIVE- January 30, 2021 will mark the 39th Annual Church Night Basketball Games at the University of Mount Olive (UMO).  Although fans will not be able to cheer on their favorite teams in person, the University will air the games and festivities on its Facebook page.

The night will feature basketball competition between UMO and Southern Wesleyan.  The women’s game is scheduled for 4 PM, followed by the men’s game at 6 PM. Between the games, UMO’s elite a cappella group, Carolina Sound, will perform.  Halftime between both the women’s and men’s games will feature games, prizes, special messages by UMO alumni, and an appearance from UMO President and First Lady Dr. and Mrs. H. Edward Croom.

According to Nicole Balsamello, Director of Admissions, the church with the most viewers will win a $500 UMO scholarship for one of their youth.  To register, visit https://umo.edu/church-night/.

“We are excited to keep this time-honored tradition of Church Night alive,” said Vice President for University Advancement Jason Gipe.  “Our Admissions, Advancement, and Athletic teams have really worked hard to make this a fun and memorable virtual event.” 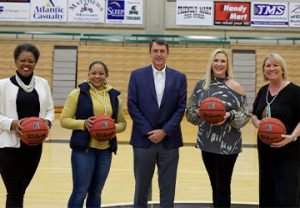 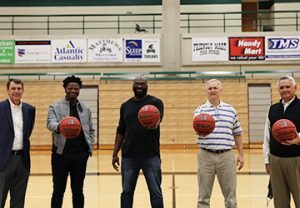 Young to Serve on UMO Board of Trustees