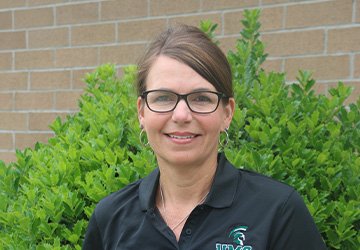 MOUNT OLIVE- Holly Daly, Director of Health Services at the University of Mount Olive, has received The Outstanding Contribution to Campus Life Award.  The award is presented to the faculty or staff member that has demonstrated exemplary service in contributing to a transformative campus life experience for the students.

Daly began her career at UMO in June of 2020.  Dr. Dan Sullivan, Senior Vice President for Student Affairs and Athletics, said, “Holly has taken the lead to advise and protect all areas of the University through the COVID pandemic and subsequent planning. Coordinating with federal, state, and local officials, she has been remarkably adept at creating and modifying the health policies and procedures that have allowed us to remain open. In addition, she has worked closely with the athletic training staff to oversee weekly testing in addition to coordinating all aspects of the tracing, exposure, and isolation protocols for our campus.”

Daly holds a BSN, RN, and NCSN, and has over 24 years of nursing experience, 20 of which has been in an educational setting.  In 2004, she began working in school health, having served as the school nurse in several high schools, elementary, and middle schools in Wayne County. In 2018, she took on the role of school health manager for Wayne County, and in 2019 the role of Director of Wayne Initiative for School Health, school based health centers in Wayne County. Holly attained National School Nurse Certification in 2007 and was selected as a Wayne UNC Nurse Excellence Winner in 2014. In 2016, Daly received distinction as a North Carolina Great 100 Nurse winner. 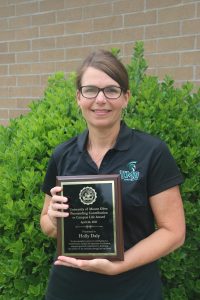 Don’t Let Weeds Spoil the Fruits of Your Labor by Dr. Jason Davis

Sampson County’s Leah Williams is a Product of Her Raising