What is it with Friday? by Dr. K. David Hines

University of Mount Olive > Blog > What is it with Friday? by Dr. K. David Hines 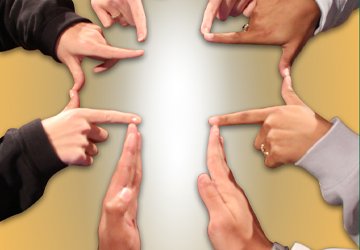 What is it with Friday? by Dr. K. David Hines

MOUNT OLIVE –During the disco music days of my youth, we sang and celebrated “Thank God it’s Friday.” There was even a movie with that title. Now, TGIF is deeply ingrained in our culture. And let’s be honest – even those of us who love our jobs have walked out on a Friday afternoon saying, “Whew, thank goodness. I really need a break.” Hopefully we use these breaks wisely, but I’ll save that conversation for another time.

As we move through the season of Lent and reflect in particular on the events of Holy Week, I think it’s time to really think about the question, “What is it with Friday?” On a Friday Jesus was arrested and endured the mockery of a trial. Soldiers beat him. The crowds mocked him. They cried, “Crucify him.” Disciples denied him. He carried his cross to Golgotha’s hill until He fell. They nailed him to that cross. Yet even in his God-forsaken agony, He offered forgiveness to another victim and prayed for God to forgive His own accusers and executioners.

Then He died. On that Friday afternoon the powers of sin and death believed they had won. They were wrong, oh so wrong! But, before we think about Sunday, let’s reflect on this

Friday. How did Jesus arrive at this unique and extraordinary Friday? A close reading of the Gospels helps us understand. This Friday didn’t just happen by chance.

Before Jesus was born, Mary, in her joyous Magnificat, envisions a life for her child that would set him in opposition to the rich and powerful (Luke 1:51-53):

He has shown strength with his arm;
he has scattered the proud in the thoughts of their hearts.
He has brought down the powerful from their thrones,
and lifted up the lowly;
He has filled the hungry with good things,
and sent the rich away empty.

Years later when preaching in his hometown, Jesus used this text from the prophet Isaiah (Luke 4:18-19):

“The Spirit of the Lord is upon me,
because he has anointed me to bring good news to the poor.
He has sent me to proclaim release to the captives
and recovery of sight to the blind, to let the oppressed go free,
to proclaim the year of the Lord’s favor.”

These words defined Jesus’s ministry. He taught us to love our enemies and to turn the other cheek. He reminded us that the greatest among us are those who serve others. He told stories that had heroes like the hated Samaritans. In spite of all this, even his closest followers didn’t really understand him. One moment Peter hailed Jesus as the Messiah – God’s anointed. Then when Jesus began to explain the kind of Messiah he would be, including the unbelievable idea that he would be killed by the religiously and politically powerful, Peter rebuked him. Then just before this fateful Friday, Jesus entered the Temple and drove out the money changers – one more challenge to the ones who thought they were the powerful.

Things reached a point that the only way the powerful believed they could silence Jesus was to kill him, and they used the method designed to show everyone what happens to those who challenged Roman authority (and those religious leaders in their pockets): crucifixion. So, after the mockery of a trial, Jesus was nailed to a cross. They scorned him as he died. His closest followers (except for a few brave women) hid in fear and shame. Friday looked like the end.

But Friday wasn’t the end! As people of faith, we proclaim resurrection. Death could not hold Him. Sunday is about new life and hope. But (and there always seems to be a “but”): As we talk about new life, do we really want to live the new life that Jesus taught or are we settling for a lesser version? Do we live as servants and practice forgiveness? Do we love God and love our neighbor? Are we moved with compassion when we see the need and suffering of others?

I don’t know about you, but I’m tired of living in a “Friday” world when sin, death, and self-centered despair reign. I want to live in a Sunday world – a day of resurrection, hope, and second chances. I can almost hear the objections: “Hold on a minute. Is this practical? Do you really think living this way will work?” Well, on a Friday afternoon, it surely didn’t look like it would.

Then on a Sunday, the stone was rolled back, and Jesus walked away. Sin, death, and the grave were defeated. This Easter, what kind of world do you want to live in? Was Friday the end or was Sunday the beginning? Now the Risen Christ calls, “Follow me!” 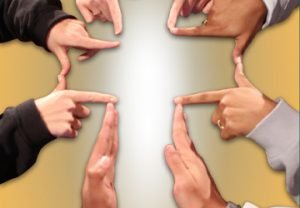 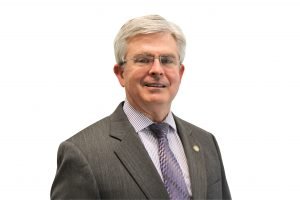 Hawkins to Serve on UMO Board of Trustees