MOUNT OLIVE – A Wilson County student was recognized for their achievements at the University of Mount Olive’s Annual Awards Ceremony.

Gayla Olvera of Lucama received the The Senior Citizen Cup. Olvera is a senior psychology major.  The Senior Citizenship Cup is presented by the Student Affairs Office to the graduating senior who has evidenced the most outstanding qualities of citizenship during his/her academic career at the University of Mount Olive. 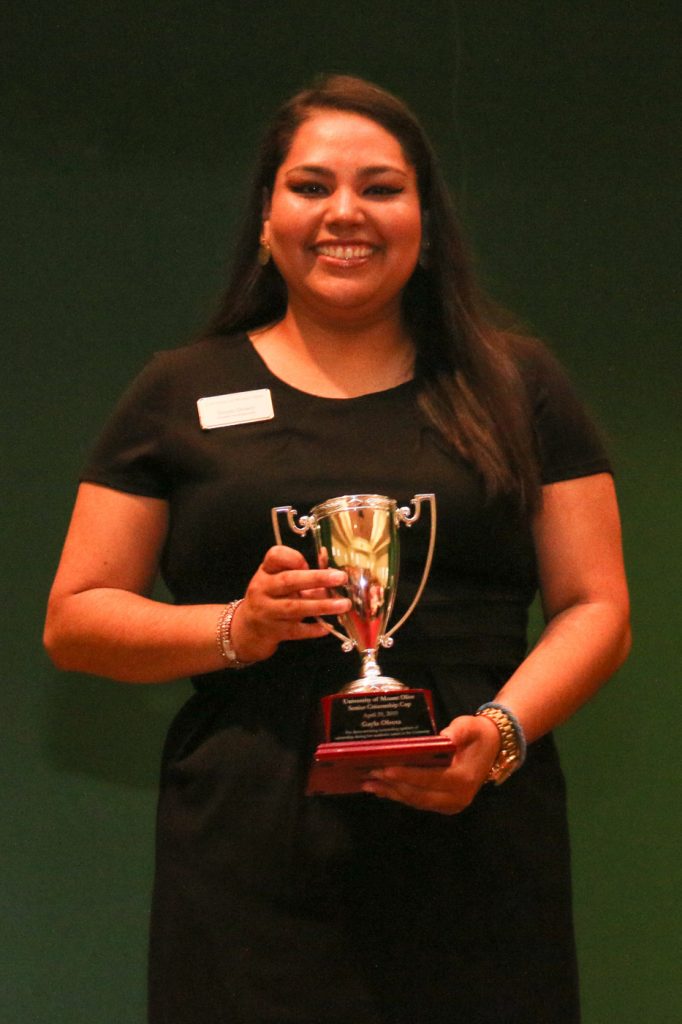