A Determined Gina Lassiter Checks Graduation off Her Bucket List

A Determined Gina Lassiter Checks Graduation off Her Bucket List

WILMINGTON –Gina Lassiter of South Port is proof positive that patience and perseverance can prevail!  Lassiter was born in Goldsboro in 1968. Both of her parents are descendants of tobacco farmers and each of their families have a multi-generational North Carolinian ancestry. For that reason, Lassiter grew up in a world driven by tobacco.

“My upbringing stressed hard work,” Lassiter said. “Life was lived by the seasons – the weather, planting, picking, and curing tobacco. Education was not encouraged or discouraged. It simply was not a consideration. I remember thinking the only reason we went to school was because it was required by law.”

Around age 12, Lassiter began dreaming of becoming a soldier. Five weeks after she graduated from high school, she left for basic training with the U.S. Army.

“I believed I would spend 20 years in the Army,” she said.

Lassiter, a motor transport operator, was stationed in Heilbronn, Germany and assigned to a maintenance battalion. During her second year of service, she was involved in an accident, which ultimately ended her Army career.   Once back home in North Carolina, Lassiter sought work, but had no major employable skills. She was struggling to exist on minimum wage jobs.

“I realized that I needed an education,” she said.

At the age of 21, Lassiter enrolled in the business program at Central Carolina Community College (CCCC) in Sanford, NC.  By working full time and attending night classes, she finished the program in three years with an associate’s degree in business administration. After graduating, she obtained a job at the University of North Carolina at Chapel Hill as a secretary.  She was later promoted to accounting clerk.

“The pay was ok,” she said. “I had benefits and job security. However, I was terribly bored. I decided to get my CDL driver’s license and become a commercial truck driver.”

Lassiter drove a tanker truck for seven years, then she began to deliver gasoline and diesel fuel.

“I picked up fuel at a marine terminal in Wilmington and delivered fuel to convenience stores from Beaufort NC to Murrells Inlet SC. The marine facility where I loaded trucks later hired me as a terminal operator,” she said.

According to Lassiter, the mid-stream logistics of providing fuel to the final customer is a male dominated industry. The job consists of tank storage, pipelines, trucking, rail, and marine deliveries, construction, and maintenance. It is physically demanding, but one that she still enjoys, even 12 years later.  Even though Lassiter was satisfied with her job, she still had the desire to earn her college degree.  However, the goal seemed impossible.

“Working and going to college is hard – period,” she stated. “It took me three years to complete a two-year program. I had no idea how long it would take me to complete an undergraduate program, so I gave up the idea.”

Lassiter moved to the Wilmington area in 1999.

“I am not sure how many years I was in this area when I first heard of the University of Mount Olive’s (UMO) non-traditional, one-night-a-week program for working adults. However, once I heard that first radio ad, the dream was reborn.”

“I must admit I was intimidated, fearful, and doubted that I was smart enough for college,” she said.  “I left my scheduled appointment that day, with my green UMO folder full of information, with a belief and sadness that I did not think I could do it.”

In 2008, Lassiter began to realize that if she wanted an education, she needed to go after it with confidence.

“My employer had an education assistance program,” Lassiter shared. “My boss and my friends encouraged me to go back to school, but I hesitated once again.”

As the years past, Lassiter continued to hear the radio ads and see the billboards about UMO’s one-night-a-week, non-traditional, program for working adults. Then one day she read a poem by Marianne Williamson called Our Deepest Fear.

Lassiter made another appointment with UMO. This time she was full of self-confidence; not because she thought she was smarter than before, but because she knew she had to follow her dreams.

“Not going back to school meant I had denied myself and those around me an opportunity to experience a positive contribution to life,” she revealed.

In August of 2015, Lassiter enrolled at UMO Wilmington seeking her bachelor’s degree in business administration.  Initially, the accelerated classes seemed overwhelming to her. However, with the help of her advisors, her professors, and her own determination, she soon fell into the web and flow of attending classes and writing papers, all while continuing her job with Buckeye Partners LP.

“The Business Management undergrad program at UMO has provided me with many opportunities to find new solutions to problems,” she said.  “I would encourage new UMO non-traditional students to tough it out and hang in there. Deadlines can cause stress and sometimes your best will fall short, but in the end it will be worth every effort.”

Lassiter is set to graduate from UMO on May 5.

“I will be so excited,” she said of anticipating walking across the stage to receive her diploma, “that I hope I don’t fall down.”

Those that know her best, would say, “That sounds just like Gina, always making a joke.” They would also add, “Even if she did fall down, she would pick herself up, dust herself off, and get the job done.”  That is just what you do when you are as determined as Gina Lassiter is! 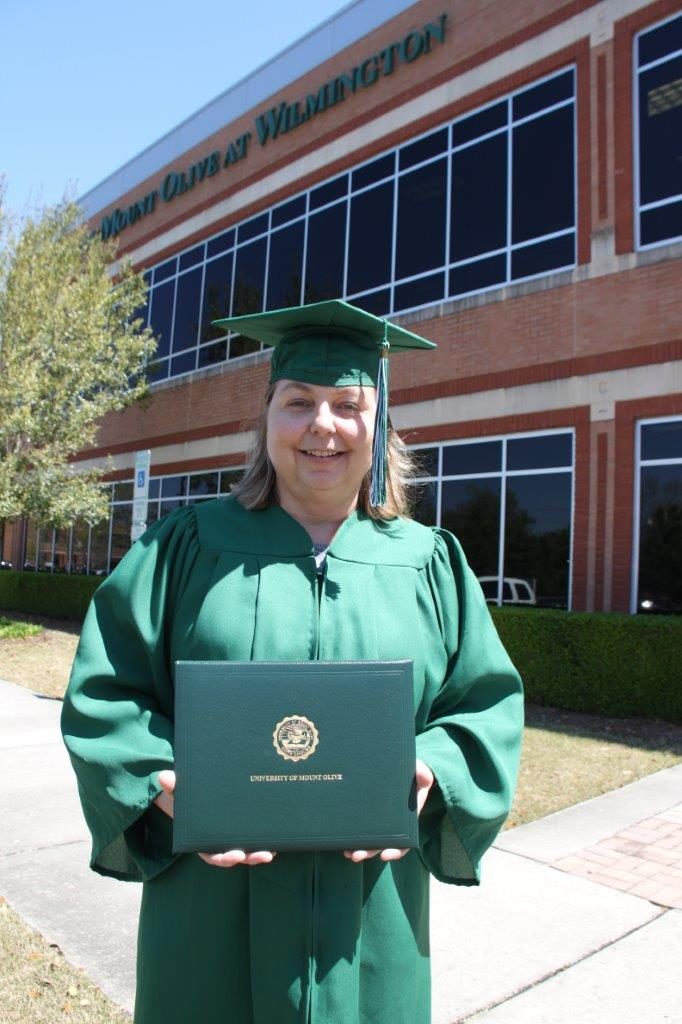 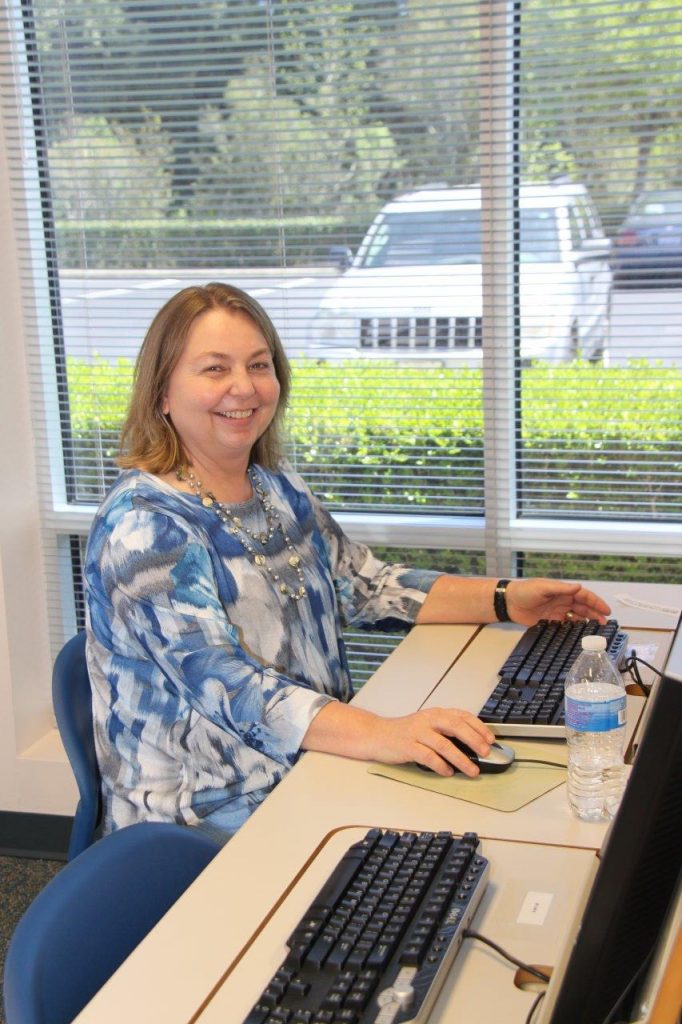