University of Mount Olive > News > A Gift for Posterity… 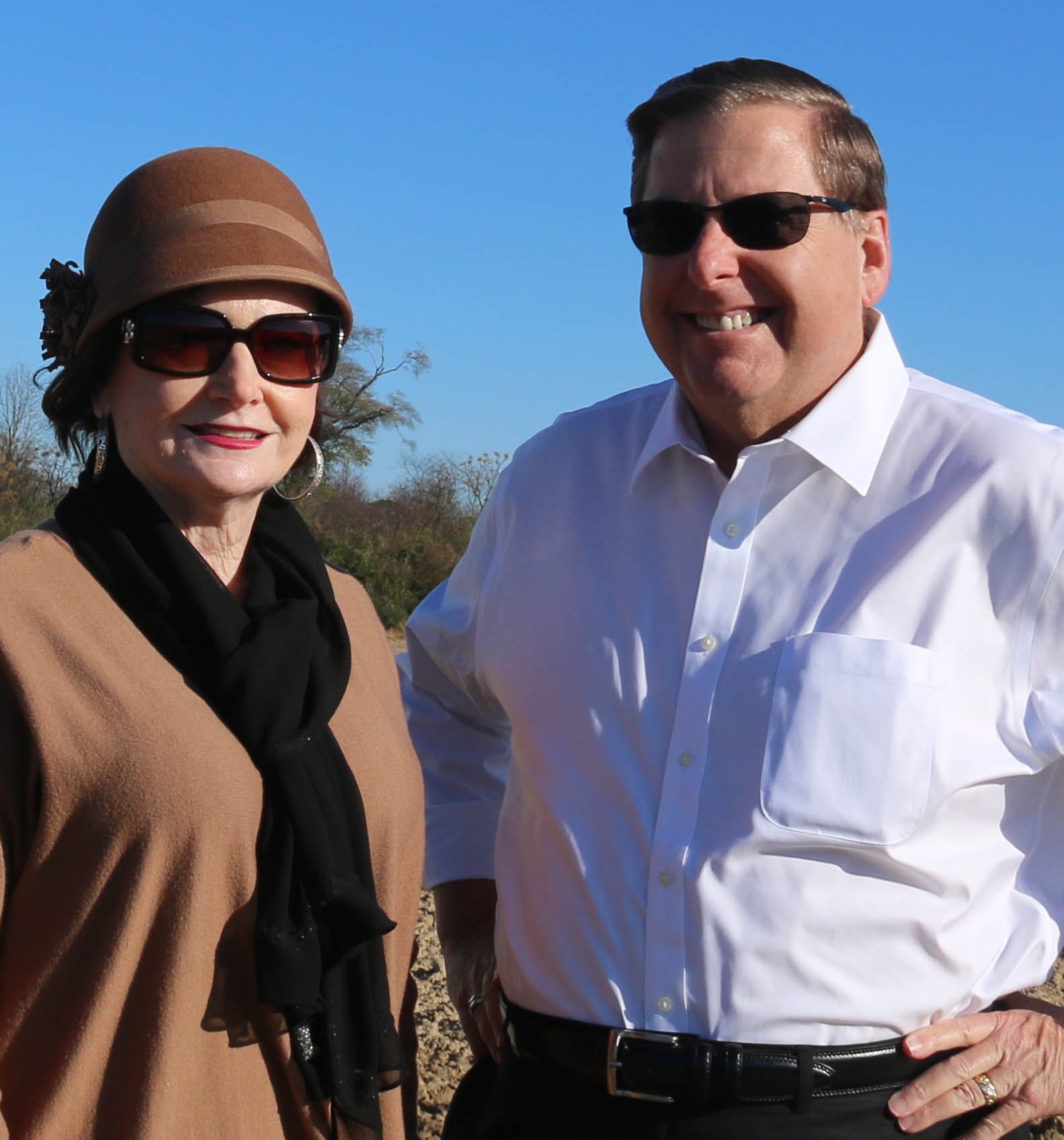 MOUNT OLIVE – Barbara Herring Price has donated 52 acres of her childhood family farm to the University of Mount Olive, to be used by the School of Agriculture and Biological Sciences. The farm is located just outside of Mount Olive near Seven Springs.

“I wanted to give the land to UMO, because I feel that the University has been a big blessing not only to Wayne County, but also to eastern NC,” Price said. “I am so thankful for what UMO does for its students, and I want to do everything that I can to help them.”

Price credits the land, her home, her family, and God for making her the person she is today. She grew up surrounded by love, literature, music, and hard work. She was the first daughter and the fifth of seven children born to LeBron Lloyd and Swannie Garris Herring. The Herring brood included Albert John (AJ), LeBron, Arthur, Travis, Barbara, Mary Grace, and Selby.

Barbara’s earliest memories include family meals shared together around the old rectangular farm table hand-built by her daddy. Her mama, baked homemade biscuits three times a day, and blew a whistle to call everyone in from the fields when it was time to eat. “Mama sure knew how to cook,” Barbara shared.

On warm summer nights the family would sit on the front porch, talk about the day’s events, and often sing a song or two to make the time pass. Barbara, who had a special love for music, would pretend to play the piano on the wood porch railing.

“When mama saw me doing that, she made up her mind that I would have a piano,” Barbara shared. “And she made it happen. I was in the fourth grade when we got a knock on the door. It was a man delivering an upright piano. It was the prettiest thing I had ever seen.”

Swannie insured her daughter took music lessons from two of Mount Olive’s best, Mrs. Summerlin and Mrs. Lofton. Barbara excelled at the art. To this day, she is widely known for her musical abilities, often in high demand as a church pianist. “I am so grateful to my mother for giving me the gift of music,” she said. “It has been such a blessing in my life.”
Barbara is grateful to her father as well for teaching her the value of hard work. Lloyd was head of the Herring household. He was a farmer and a salesman. “He sold Singer Sewing machines, at a time when every woman had to have a sewing machine,” Barbara said.

According to Barbara, Lloyd was fondly referred to as a “gentleman farmer,” which simply meant, his main role on the farm was selling the finished product. The hard labor of planting, cultivating, and harvesting the crops on the 300 acre farm was left in the capable hands of his children and tenant farmers.

“Daddy instilled in us the value of hard work,” Barbara said. “He always told us that when we did a job, it better be done right, and that we better do our part, and then some.”

Barbara was in the ninth grade in 1957 when her daddy died at the age of 54, but his advice continues to play an important role in how she lives her life. “I have always done more than I had to, and more than was expected,” she said.

Widowed at the age of 48, Barbara’s mom, Swannie, became the matriarch of the family. She raised seven children, kept the farm running, cleaned house, cooked, sewed the children’s clothes from feed sacks, and still made time for church and literature.

“There was nothing that my mother couldn’t accomplish,” Barbara said.
A former teacher, Swannie had a love for words. She often quoted verses from the Bible or from Shakespeare. One of her favorite scriptures was from Proverbs 22:1, ‘A good name is more desirable than great riches.’
“She used quotes to teach us about life,” Barbara recollected. “She raised me and my brothers and sister to know that the Lord is in charge and is our strength. That has carried me through the good and bad times in my life.”

Just before Swannie died in 2003 at the age of 97, she and Barbara were driving through the county near Williams Pond on Hwy 55 in Wayne County. Swannie asked Barbara to pull the car over.

“Mama knew I was going through some troubling times in my life,” Barbara said. “As we sat there looking at the lily pads growing over the water, she said to me, ‘the muddiest part of the water grows the prettiest flowers.’”

Barbara knew her mother was telling her that better times were coming. It was exactly what she needed to hear.

“Mama raised all of us to realize that we needed to brighten the corner where we are, and to take the bad with the good,” Barbara said. “She also taught us that life is not about money, but about making things easier for each other, and wanting the best for each other.”

Those life lessons are what led Barbara to contribute a portion of her family farm to the University of Mount Olive.

“I gave this property knowing that I am not entitled,” she said. “I don’t feel that the Lord gave the farm to me, he gave it to me as a steward and caretaker. I wanted to give back to the community, because they made me. But, first and foremost, it was the Lord that made me.”

By giving the land, Barbara feels she is honoring her family and her faith, as well as preserving a legacy of life, love, dedication, and hard work.
“This is a gift for posterity,” she said. “We are all stewards of the land. I want UMO to take care of the land and use it for agriculture, biology, and even literature, as a place of reflection and inspiration. I hope, that in the future, many students will enjoy it, profit from it, and learn the value of working the land.”