The workshop, sponsored by the UMO Writing Center and the Agribusiness Center, will focus on how Eubanks’ research practices impacted her latest book, The Month of their Ripening: North Carolina Heritage Foods Through the Year. Eubanks’ book will be sold in the UMO bookstore.

Eubanks is the author of the three-volume Literary Trails series commissioned by the NC Arts Council. She has published poetry, fiction, profiles, reviews, and essays in many magazines and journals, including Southern Cultures, South Writ Large, Our State, and Oxford American. Eubanks has taught creative writing and the power of story to nonprofit leaders, UNC undergraduates, public school students, and adult writers in many contexts. Since 2000, Eubanks has been a principal with Donna Campbell in Minnow Media, LLC, an Emmy-winning multimedia company that primarily creates independent documentaries for public television. She is also the director of the Table Rock Writers Workshop and a founder of the Network. Eubanks is the current president of the North Carolina Literary and Historical Association and serves on the Writers’ Network Board.

This event is free and open to the public. For more information, contact Carrah Faircloth at cfaircloth@umo.edu. 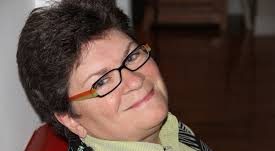