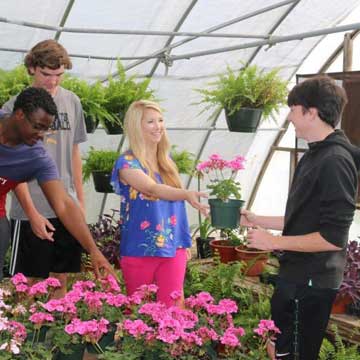 MOUNT OLIVE- When Samantha Byrd graduated from Gray’s Creek High School in Cumberland County in 2015, she knew she wanted to become an agricultural education teacher.

“Throughout high school, I was actively involved in FFA,” Byrd said.  “I enjoyed my agriculture classes and my teachers so much so that I could see myself doing something like that in the future.”

With successful Ag curriculums prevalent throughout the US, Byrd could have chosen any number of universities to fulfill her dreams.  However, it was the University of Mount Olive (UMO) that captured her attention. “UMO has such an amazing Agriculture Department that I knew right-off-the-bat that I was interested in the University. My decision was confirmed once I stepped onto the campus.  The people and the environment were so friendly and welcoming that I knew that UMO is where I would spend the next four years.”

Throughout her time at UMO, Byrd immersed herself in Collegiate FFA (CFFA).  Over the past three years, she served as student advisor, reporter, and president of the organization.  Byrd participated in activities such as Coats for Kids, Ag Fest, Ag Education Day, and much more.

“Samantha was fully engaged in the UMO agricultural program,” said Dr. Stephen Edwards, Associate Professor of Agriculture Education at UMO.  “She held multiple leadership roles in the Collegiate FFA, she participated in recruitment activities for the University, and excelled in her academic endeavors while pursuing her degree in agricultural education. She is well prepared for her role as an agricultural educator and I look forward to seeing her blossom as an educator.”

Growing up in the rural Bladen County town of White Oak, Byrd was surrounded by corn, wheat, and tobacco fields.  “As a young girl I always had such a large appreciation for farmers and the work they do,” she said.  However, it wasn’t until she attended UMO, that she actually got her hands in the dirt and experienced agriculture from a first-hand experience.

Byrd hopes to share her passion and knowledge of agriculture with the next generation of Ag students.  “Many students don’t grow up with an agriculture background, so it’s important to teach agriculture to bridge that gap,” she said.  “Students now-a-days don’t have any idea what it takes for their food to get to the grocery store.  I feel it is important to educate the public about where their food comes from.”

Byrd completed her student teaching at Hobbton High School in Newton Grove with Johnny Jessup and Ali Holton as her advisors.  With over 250 students in the Ag programs at Hobbton, Byrd received a great deal of good experience working with the students in the school’s green houses, woodworking shop, and welding shop.

“During my student teaching I related experiences and stories from my time at UMO to bring the curriculum to life so students would better understand and remember,” Byrd said.

“Helping students experience that “aha moment,” and seeing their excitement is such a great feeling.”

“Miss Byrd has been an extremely talented student teacher this semester and I am looking forward to her doing great things in her teaching career,” said Johnny Jessup Agriculture Teacher/FFA Advisor at Hobbton High School.  “She is a credit to the Agricultural Education program at University of Mount Olive. This program is serving a vital function in our industry as we are experiencing a critical shortage of agriculture teachers in not just North Carolina, but all across the nation.”

Byrd graduated from UMO on May 4th.  This summer she hopes to spend a few days going to her favorite place – the beach.  Then, it is back to school for Byrd; this time as the teacher and not the student.

“One day soon I’ll be able to stand in front of my own class and educate a new group of students on the importance of agriculture,” Byrd said. “I’m sure I’ll be pretty nervous on my first day, but I’m excited for what the future holds for me and what the Lord has in store for my life.” 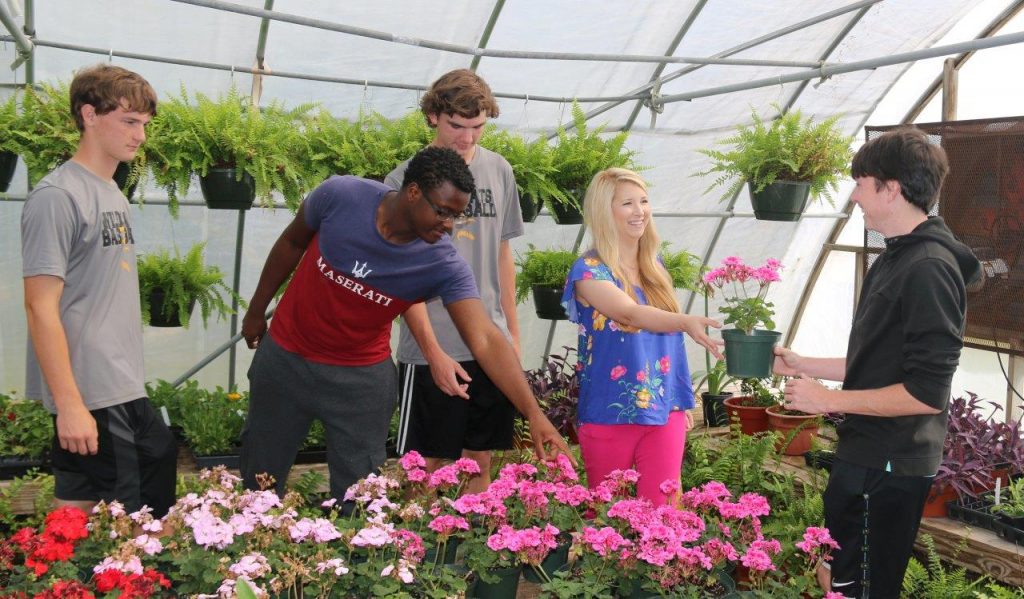 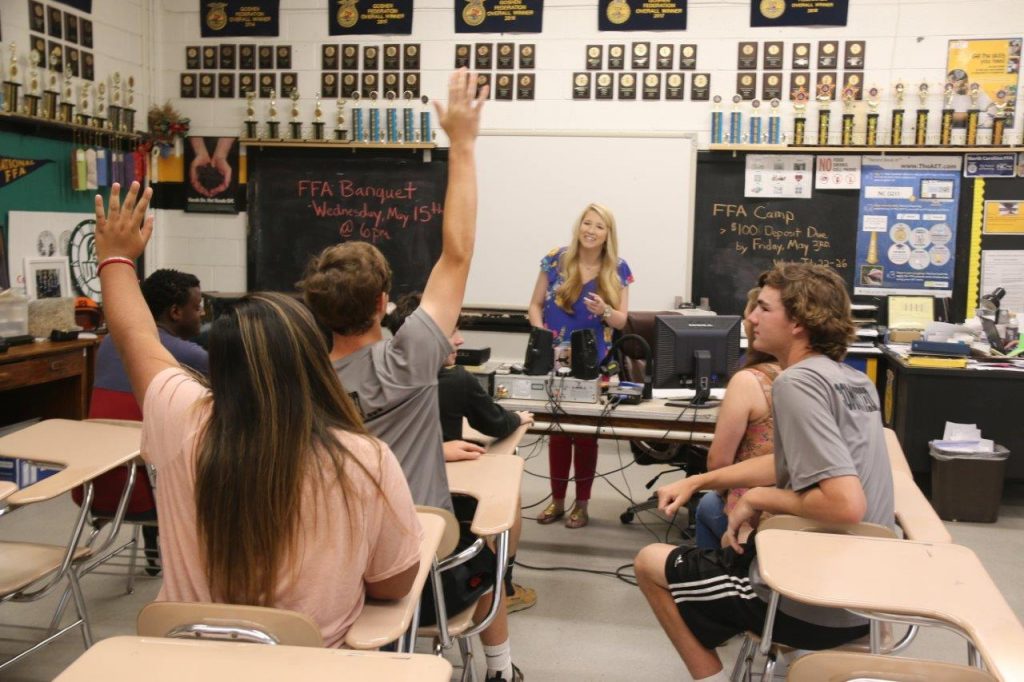