MOUNT OLIVE- University of Mount Olive (UMO) senior Tanner Poole has always believed in one motto, “it’s not about how you start, it’s about how you finish.”

Poole’s own life seems to reflect that sentiment.  In fact, the Fayetteville native recalls, with regret, the rocky start of his high school freshmen year. “My mother became very ill.  I did not deal with it well, and my grades took a turn for the worst,” he admitted. “I ended up changing schools, and finally got my act together.”  Poole not only got his grades up, he also joined the varsity basketball team at E. E. Smith and participated in several clubs.

After high school, Poole had a strong desire to play collegiate basketball.  He wanted to start small by completing two years at a community college then transfer to a larger university. Poole enrolled at Brunswick Community College. His skills on and off the court at BCC paid off.  He was offered an academic leadership scholarship, as well as an athletic scholarship at UMO.

“It was nice to know that UMO recognized my hard work,” Poole said.  “UMO is a great school, and the faculty are really amazing.”

Poole’s passion for basketball has been a prominent part of his college career. “Basketball has always pushed me to be a better person,” he shared. “The work ethic that I have learned while playing for this team has made me a better player, student, and overall person. I have made lasting friendships on the team.  They will always be like family to me.”

Poole shares his enthusiasm for the sport with area youth by coaching and mentoring at various locations including the Faison and Mount Olive Parks and Recreation Departments. He also participates in community service efforts such as mentoring youth at the Original Free Will Baptist Children’s Home, volunteering with the “Warm the World” event at Mount Olive Frist Baptist Church, and assisting with the North Duplin Fall Fest, to name a few.

Off the court, Poole has immersed himself in his studies.  “I have always had a love for animals,” he said, “and science was always a subject that kept my full attention.” The biology major and chemistry minor completed a research project this spring which piqued his interest even further.  “For the project, I grew basil plants under acidic conditions,” he said. “It showed me how thorough you have be in recording and documenting data.”

UMO Biological Sciences Instructor Sharon Jackson said, “Tanner is a pleasure to have in class.  He enjoys exploring new ideas.  He has taken a wide variety of classes, and is always willing to participate in activities outside the classroom.  Tanner is also a student athlete, and is well liked by his peers.  He is an excellent role model for student athletes, as he excels both in the classroom and on the court.”

Recognized for his scholastic abilities, Poole recently earned the Lorelle F. Martin Science Award, given to an outstanding returning science major who has demonstrated excellence in the biological sciences, and is selected by the Department of Biological and Physical Sciences.  The budding veterinarian plans to participate in an internship this summer to conduct a survey of fish and mussel in the western NC area. He will estimate the population size of a federally listed fish, the Spotfin Chub, and spot the presence of native mussels in the Little Tennessee River.

Poole is on track to graduate from UMO in May of 2020 with his bachelor’s degree. He intends to pursue internships in the biology field then continue his education and fulfill his dreams of becoming a veterinarian. For his final summer off before entering the working world, Poole is set to leave in June for an adventurous two weeks in Africa, Scotland, and Ireland. Sticking to his motto, Poole may have begun small, but this six foot nine inch tall young athlete will most definitely finish strong.

Poole is the son of Karen Palmer and Clifton Poole. He has four siblings. 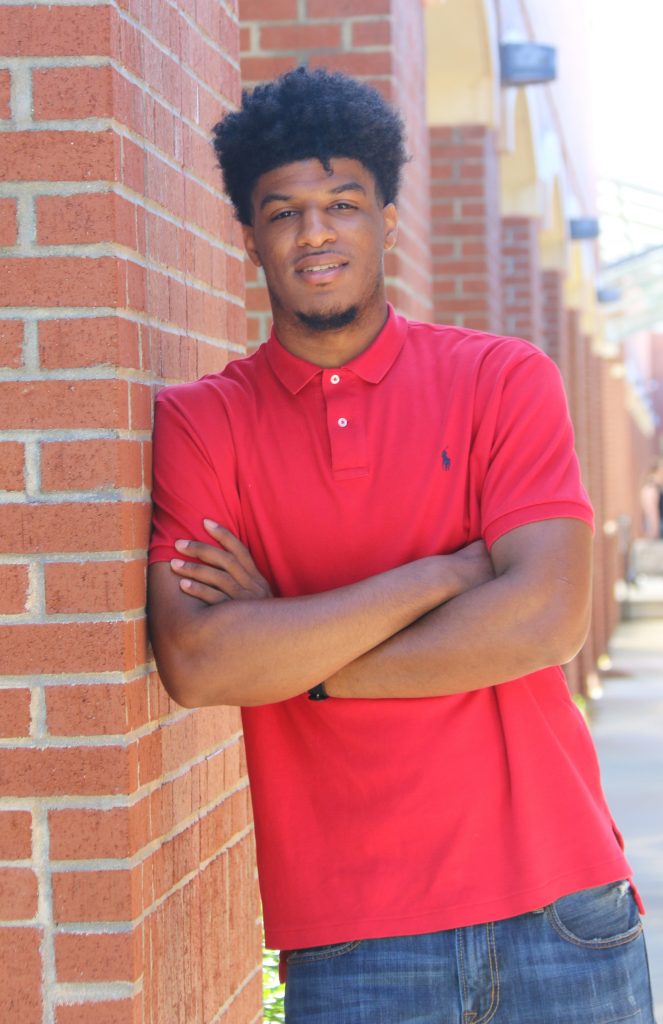