MOUNT OLIVE – Two Cumberland County students were recognized for their achievements at the University of Mount Olive’s Annual Awards Ceremony.  Among those receiving awards were:

Samantha Byrd of Hope Mills received the Southern Bank and Trust Outstanding Agricultural Education Student of the Year. Byrd is a senior agri-education major.  This award is sponsored by Southern Bank and Trust, and is presented to an outstanding  student having completed 60 semester hours and having demonstrated academic excellence, professional service, commitment to community and personal growth as determined by the Agriculture Education and Agribusiness Center faculty and staff.

Tanner Poole of Fayetteville received the Lorelle F. Martin Science Award. Poole is a senior biology major.  This award is a scholarship given by the University of Mount Olive in honor and memory of Lorelle F. Martin, professor emerita, who taught science at Mount Olive College from 1957-1987. The award is given to an outstanding returning science major who has demonstrated excellence in the biological sciences, and is selected by the Department of Biological and Physical Sciences. 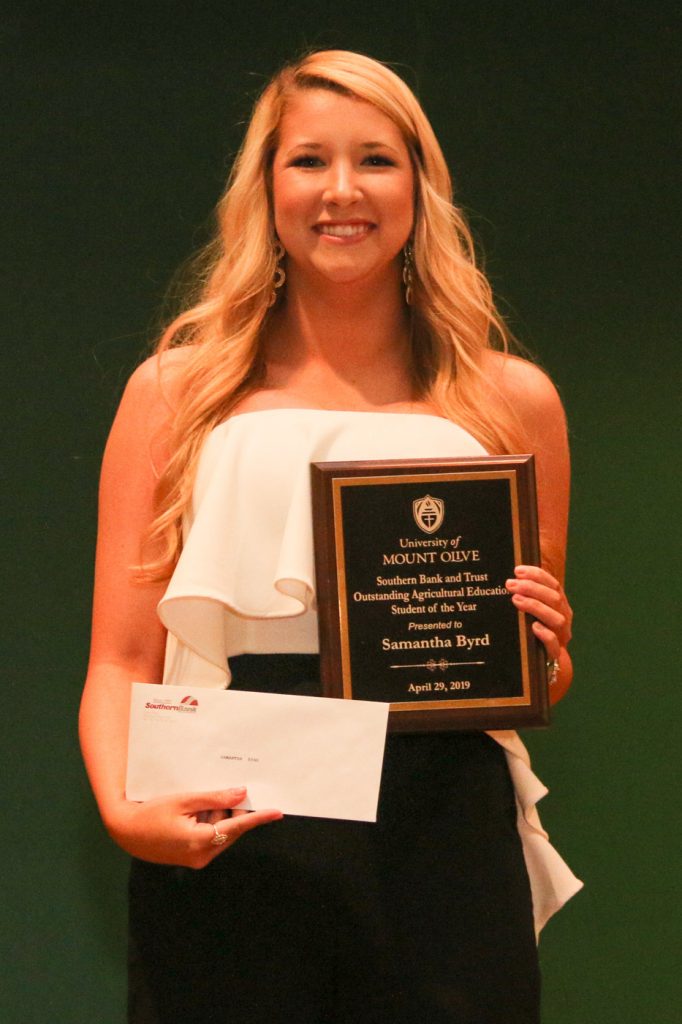 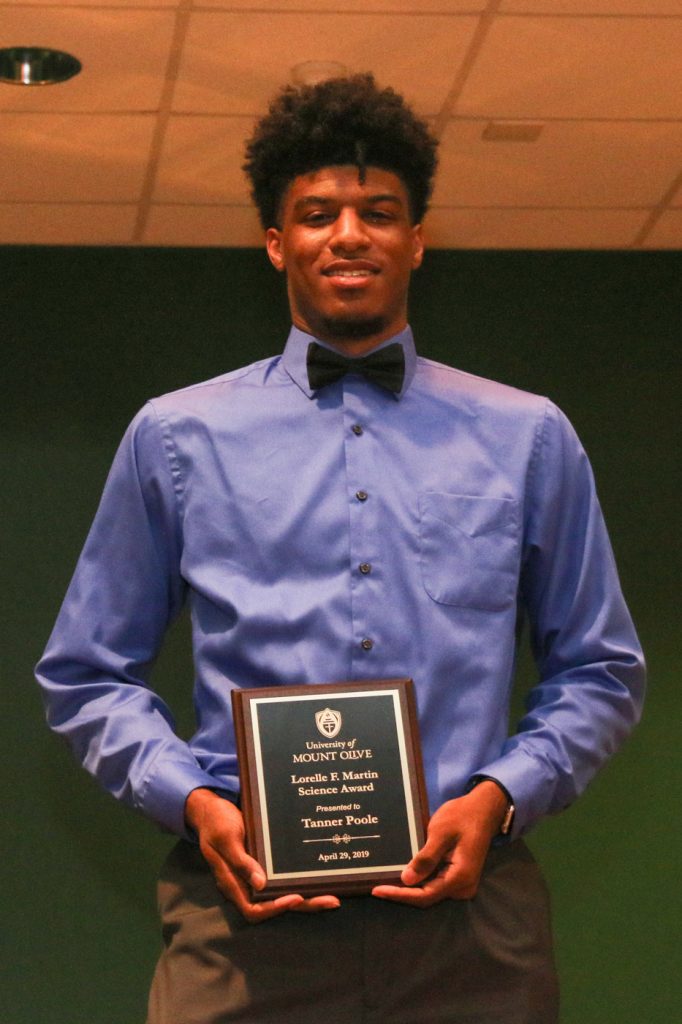