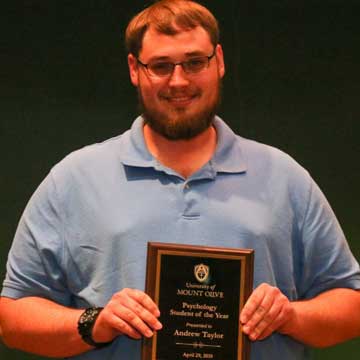 MOUNT OLIVE – Two Duplin County students were recognized for their achievements at the University of Mount Olive’s Annual Awards Ceremony.  Among those receiving awards were:

Andrew Taylor of Faison received the Psychology Student of the Year. Taylor is a senior psychology major.  This award is given to a senior with a 3.5 GPA or higher.  The student should demonstrate quality independent research project or clinical proficiency as demonstrated by internship site supervisor’s and university supervisor’s evaluations.  The student should also display a commitment to the department/major by participating in clubs, seminars, panels and events.

Kevin Cartagena of Kenansville received the Jan Brewer Scholarship Award. Cartagena is a junior music-voice major.  The Jan Brewer Scholarship Award, given in memory of Janet Ruth Brewer (1959—1981), class of 1979, is made possible by an endowment established in Ms. Brewer’s honor in April 1980 by her classmates and friends.  Brewer, a member of Dublin Grove Free Will Baptist Church, though born with Cystic Fibrosis, achieved her goal of earning a college degree when she received an Associate in Science degree from Mount Olive College.  This award is given to a student who is successfully overcoming adversity in pursuit of a college education.  The Jan Brewer Scholarship is payable on future educational expenses at University of Mount Olive. 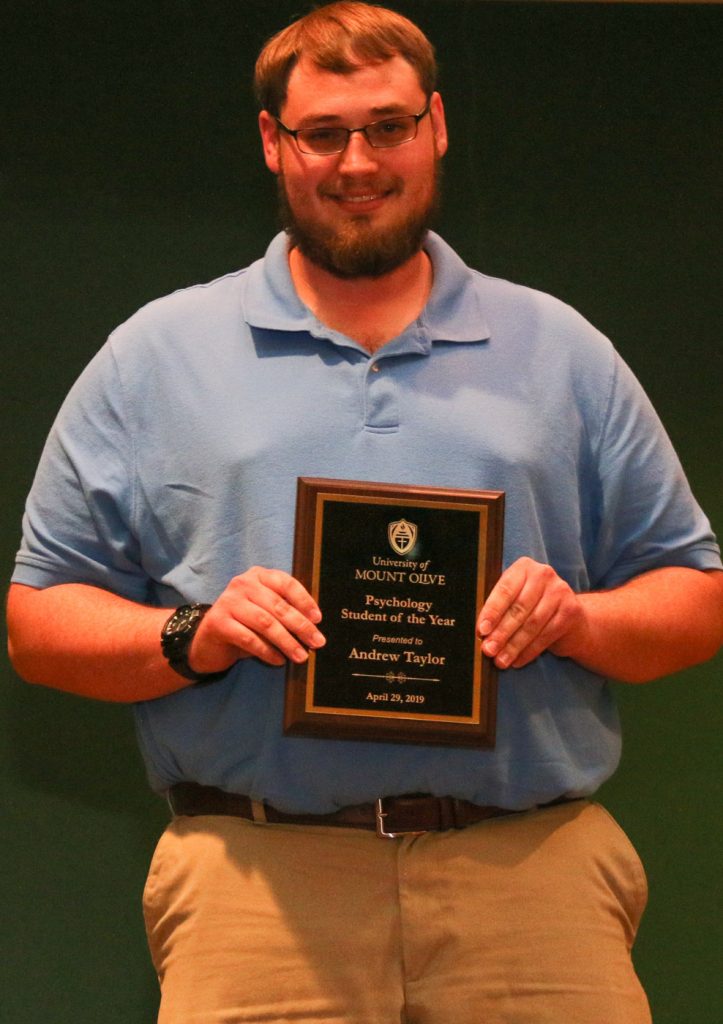 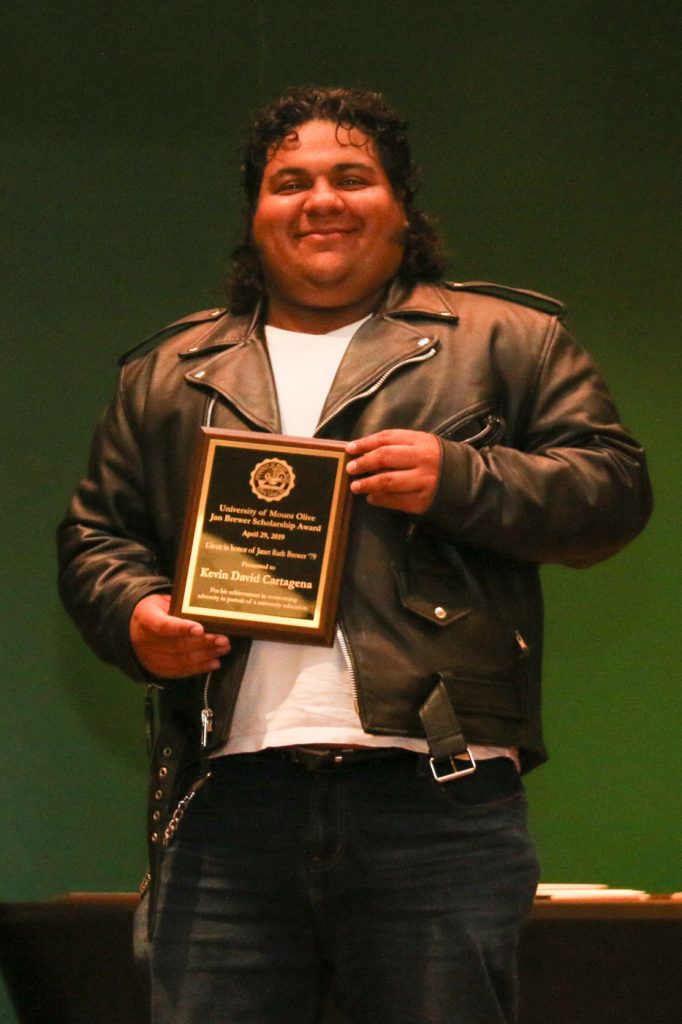