MOUNT OLIVE- University of Mount Olive (UMO) student Jessa De La Rosa was a young girl growing up in the small rural town of Plymouth, Indiana when she developed a passion for reading and writing.

“I acquired a love for words at a young age and began writing regularly in the fourth grade,” De La Rosa shared. “One of the first things I ever wrote was a book of scary stories.” De La Rosa’s interest in creative writing grew in high school, but she still wasn’t sure what she wanted to do after graduation. “I didn’t think of becoming a writer because in my mind, it was something too far-fetched,” she said.

De La Rosa’s uneasiness about attending college led her to join the Air Force.  It was a great choice for her. She left for basic training in San Antonio, Texas two weeks after her high school graduation. A four-year enlistment with a six-month deployment to Iraq taught her a lot about hard work. “I am eternally grateful for what I learned and the growth I made as a person while serving my country,” De La Rosa said. Her military service also provided inspiration for her writing. In fact, The Chautauqua Literary Journal will publish her essay about deployment later this year.

In the military De La Rosa gained confidence in her academic ability. After basic training, she graduated from technical school.  Wanting to continue her education, she learned about the University of Mount Olive from her husband, Technical Sergeant Sinohe De La Rosa, who was stationed at Seymour Johnson Air Force Base.  The mother of three children, Zaid (11), Daisy (9), and Isolde (4), De La Rosa knew that returning to college would be difficult, but she was prepared to give it a try.

“When I found out that I could minor in creative writing, I knew it was meant to be,” she said.  De La Rosa enrolled at UMO in the spring of 2017 as an English major and creative writing minor. “The English Department has been wonderful, inviting, and so very helpful to me,” she continued. “I have made many friends and learned so much.”

Being a full-time student and mother has kept De La Rosa busy, but she still finds time to be involved on and off campus. She is a member of the Drama Club and serves as the UMO Chapter President of Sigma Tau Delta, the English honor society. She works for the UMO Writing Center as a writing coach and for the ARC as a tutor. Additionally, De La Rosa works with the Airman’s Attic on base, which helps service members who cannot afford certain household items.

Going to school while caring for her family has certainly been a challenge for De La Rosa. “Raising three children, often on my own, because of their father’s deployments, has not been easy,” she admitted. “Time management is absolutely essential. I am grateful for the upbringing I had, as well as my military experience, which has equipped me to handle my daily life.”

De La Rosa has several motivating factors that keep her focused on her goals. “Of course, my children are number one. They see me continuing my education and growing as a person. I want to be the best possible mother to them.  I also want them to see a woman who makes goals and works hard to reach them,” she said.

After graduating in May of 2019, De La Rosa and her kids plan to move to Italy where her husband is stationed at Aviano Air Base. “I want to continue my education and earn my MFA in creative writing while living abroad,” she shared. “My ultimate goal is to write memoirs and novels.  I would also love to work as a travel writer, traveling across the globe writing about all the different places and people I meet along the way.”

As her graduation draws near, De La Rosa looks back at her time at UMO with appreciation and gratitude. “I have learned so much at UMO. The education I’ve received has opened my mind more than I ever thought possible,” she said. “I’ve gained confidence, knowledge, and the courage to not only make goals, but also to achieve them.” 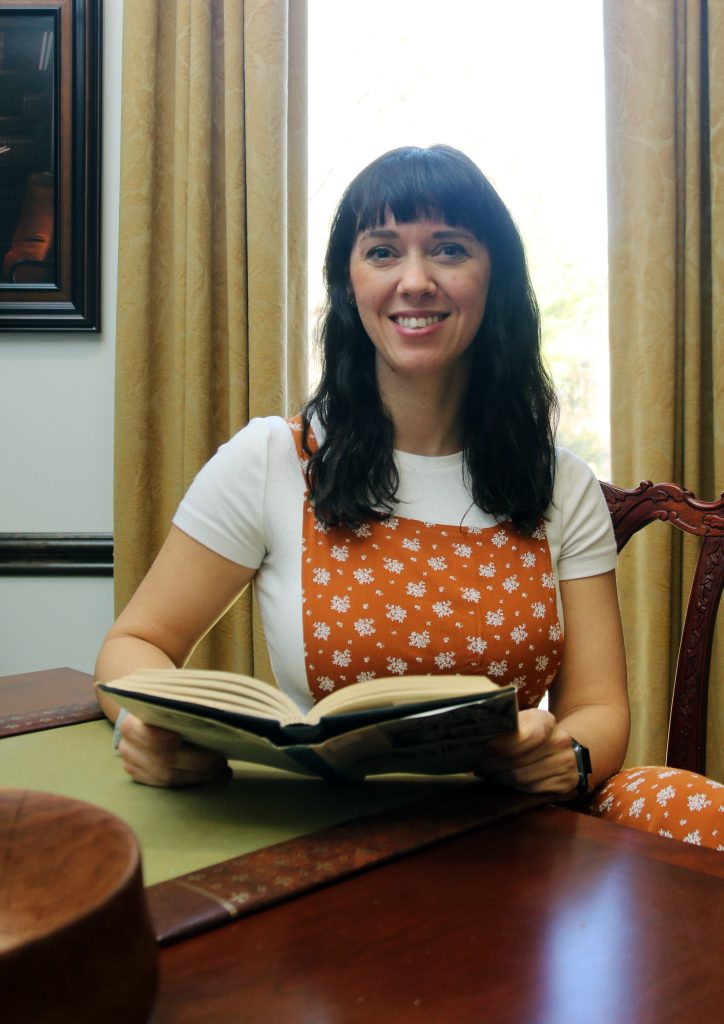 Evening with UMO Brings in Funds for Scholarships