WILMINGTON- For University of Mount Olive (UMO) graduate Katherine Blair, the road to success was not always an easy one to travel. When Blair was just a junior in high school, her mother died and she moved schools.  One thing remained the same- Blair knew what she was passionate about and what she wanted to do in the future.

“As a young kid, I always knew I was going to grow up working with children,” Blair said. Although her future seemed clear, the path to get there was not. “I hit a few bumps in the road during my younger years that made me struggle with keeping my mind set on school and what I was going to do in life.”

After graduating high school, Blair attended Pfeiffer University on a soccer scholarship, majoring in elementary education. However, when she decided to change her major to Early Childhood Education, she knew she would have to transfer to a different school that offered the program.

Blair began taking Early Childhood Education classes from Cape Fear Community College, and then enrolled at the University of Mount Olive in Wilmington to compete her bachelor’s degree.

“UMO not only offered the BS degree in ECE, but they also had one of the best programs. Choosing UMO as the school to pursue my major was very easy for me to do,” Blair said.

She enrolled at UMO in January of 2017 and graduated in May of 2018. Blair also became a member of the Pi Lambda Theta Educational Honors during her time at UMO.

Blair found inspiration throughout her educational journey from her parents. “I have watched my mom, dad, and stepmom work hard to accomplish their dreams. They have all impacted my life so much. Every decision I make is powered by the motivation the people in my life give to me.”

Blair’s decision to be an early childhood educator comes from her lifelong passion for children. “Watching them go through their development stages is magical. Watching their facial expressions when they have learned to do something new is awesome. I chose this major because I want to help make a difference in children’s lives,” she shared.

Blair currently teaches at Creative Minds Preschool in Wilmington. One day, she would like to open her own daycare.

Although things have not always been easy for Blair, she has kept a positive attitude. “Going through so much growing up and through my college career, I have learned you never know when something may happen or who may come and go in your life. Everything I do is done to make a transformation in my life, but also to put smiles on the faces of the people I encounter.”

Blair is thankful that she continued her education at UMO. “I was able to meet some amazing people through my journey at UMO. Some of these people have become lifelong friends. Each professor believed in me and pushed me to be the best student and person I could be.”

Blair is confident that UMO has given her the skills she needs to shape young lives. “I learned more about how children learn and how I can help each and every one of them to the best of my ability,” she said. “It takes one step at a time to help shape children, but being one of the lucky ones to help them is amazing.”

“Because of UMO, I was given all the resources I need to help me pursue my dreams,” Blair concluded. 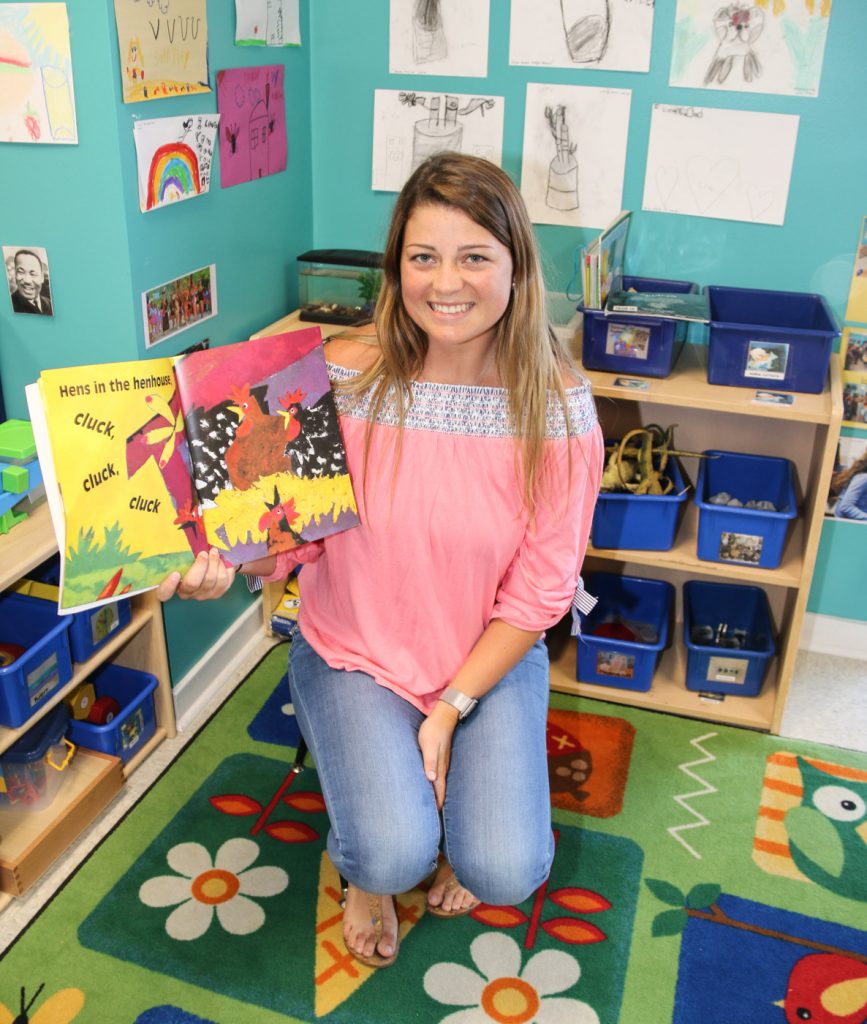