University of Mount Olive > News > For the Love of Music 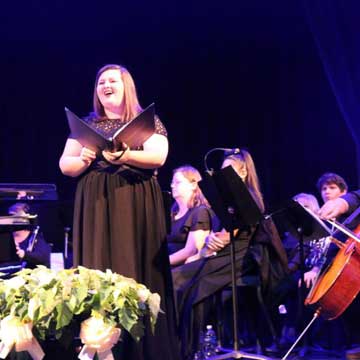 MOUNT OLIVE- Wilson native and recent University of Mount Olive (UMO) graduate Sam Martin has been surrounded by music her entire life. Submerged in the sounds of the Barbershop singing talents of her dad and his siblings, Martin started performing karaoke by the age of three.

Growing up, she sang with various choirs and participated in stage productions.  Therefore, it is no surprise that when it was time to select a college major, Martin chose vocal performance.

Martin enrolled at UMO in the fall of 2015 and received both the Hinnant and Warren music scholarships. “The moment I stepped on the UMO campus, I knew it was home,” she said. “The faculty and staff were so supportive – not just for me, but for all the students. That support really made me want to do better because I felt like I mattered.”

During her time at UMO, Martin performed with the chamber and concert choirs, as well as the jazz band. She was also a member of Sisterhood of Crown and Martlet (SOCAM), a student service group.  In addition to extracurricular activities, Martin spent at least an hour every day practicing as a mezzo-soprano vocal performer. She would average between 7-14 hours of practice per week.

One of Martin’s most memorable performances occurred during a chapel service. She sang the contemporary Christian song, “Captivate Us.”  “People were so used to hearing me sing opera that many of them were shocked that I could sing a different style of music,” she recalled.

While Martin loves to sing all types of music, her favorite genre is southern gospel. “I am so blessed to get to do what I love to glorify God,” she said. She sings in the choir at Spring Hill OFWB Church and also attends Fremont Church of God.

The lessons that Martin learned at UMO have extended beyond the classroom. “I think the most important thing I learned at UMO was to never underestimate God,” she said. “He has shown me the power of prayer.”

Martin graduated from UMO in December of 2018. She currently works as a voice teacher at StageStruck, a local theater for youth in Goldsboro, NC.  She also operates her own cleaning company. Martin’s future plans include obtaining her doctorate degree in musical arts and coming back to UMO to teach.

Martin is the daughter of Josh and Amanda Hill and Clark and Laura Martin. 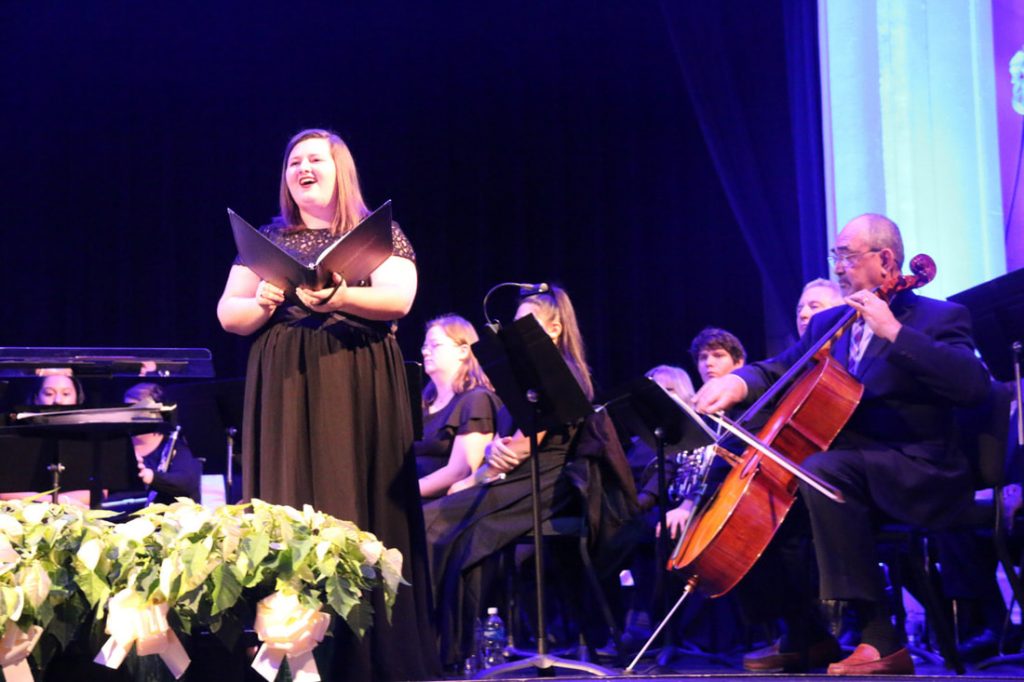