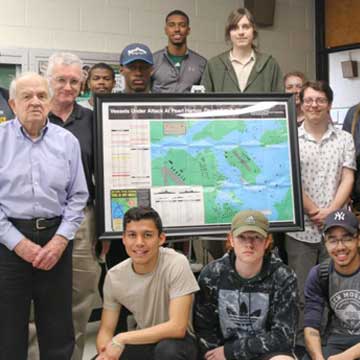 MOUNT OLIVE- Pearl Harbor survivor J. L. Wilson recently spoke to a group of history students and community members at the University of Mount Olive.  The 99-year-old, who is one of the few remaining survivors of that day of infamy, recounted, from his own personal recollections, the tragedy of December 7, 1941.

Wilson was serving in the US Navy aboard the USS Dale, stationed at Pearl Harbor, when Japan bombed the United States.  He recalled that prior to the attack, a radar unit on the north side of the island detected a flight of aircraft. The operators called it in, but were told not to worry.  The leadership thought the radar had picked up a flight of B-17 bombers that were expected that day at Hickam Field near Pearl Harbor. “However, it wasn’t B-17s that the radar picked up,” he said. “It was 147 planes from Japanese carriers.”

The 22-year old had just finished his morning chow when the first round of bombings occurred.  As was customary, half of the ship’s crew was onshore, and the other half, including Wilson, who was a torpedo man, was still aboard the Dale.  Wilson, having just eaten, had gone topside to see what was happening. “The first thing I saw — hangars on Ford Island, all of them in flames,” he said. “At the same time, I looked over to the USS Arizona.  The battleship’s band was lining up on the stern of the ship getting ready to play the usual 8 a.m. colors.  They were all there, then a bomb hit, and they were all gone in an instant.  It was 7:55 a.m. Hawaiian time, 12:55 p.m. Eastern time,” he said.

At first Wilson and the others did not know who was attacking until they saw the red markings on the planes and knew it was Japan.  Wilson, and the others aboard the Dale, quickly went to their battle stations.  By cutting the tethering ropes with axes, they managed to be one of the first ships to escape to the open ocean.  A dive bomber dropped a bomb, but barely missed the Dale. “The bomb hit the bottom and exploded,” he recalled.

Under attack, and not knowing what to expect, Wilson and his fellow Navy men, expected to see an entire Japanese fleet waiting for them in the open ocean.  “Fortunately, there was not a thing in sight except for clear water,” he shared.

Wilson recalled that more than 2,000 American lives were lost on that day during the 110 minutes of attack.  Nearly half of the casualties occurred on the USS Arizona.  Eighteen ships – including five battleships-were either sunk or run aground during the attack.

“Many of the ships that were badly damaged were quickly repaired and back with the fleet within three months,” Wilson said.

Wilson continued his service with the US Navy until 1946, after which he returned to his home in La Grange where he worked with his father for a few years. He then got married and started his family.  He began driving for a local bus company that traveled all over America. One of his favorite trips was taking a group of youth and leaders to the FWB Youth Camp at Cragmont Assembly. From that first trip to his last, Wilson made 245 total trips to Cragmont.  He still remembers all of the trips and most of the children.

Wilson still lives in La Grange today and is very active in his church, La Grange First Free Will Baptist.  He was recently featured in the La Grange Parade as one of America’s heroes. On September 11, 2019, Wilson will be 100 years old. 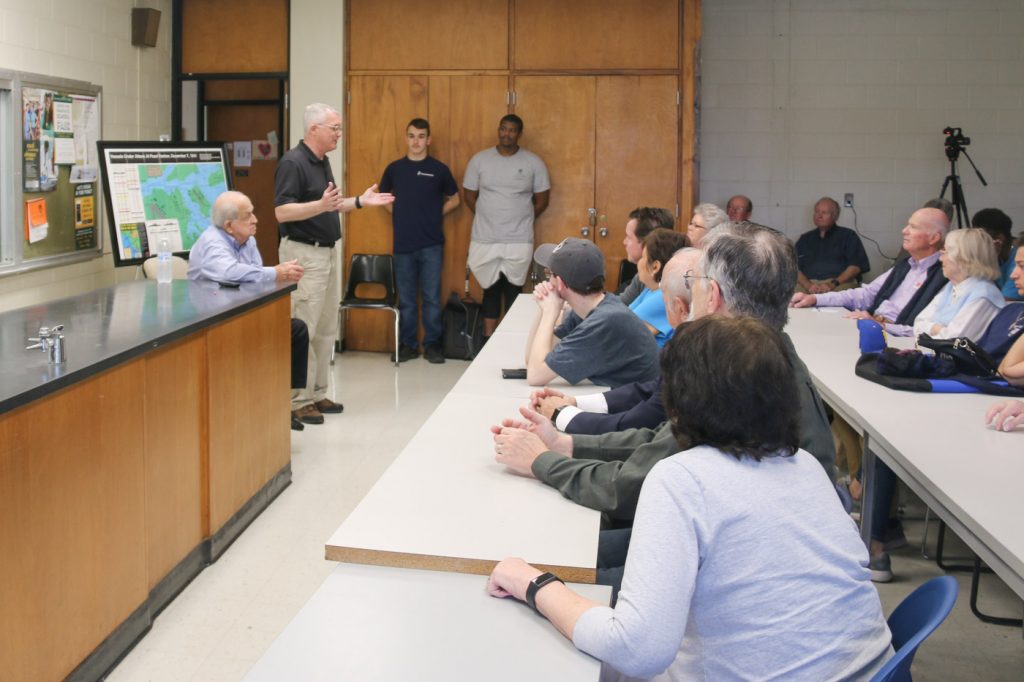 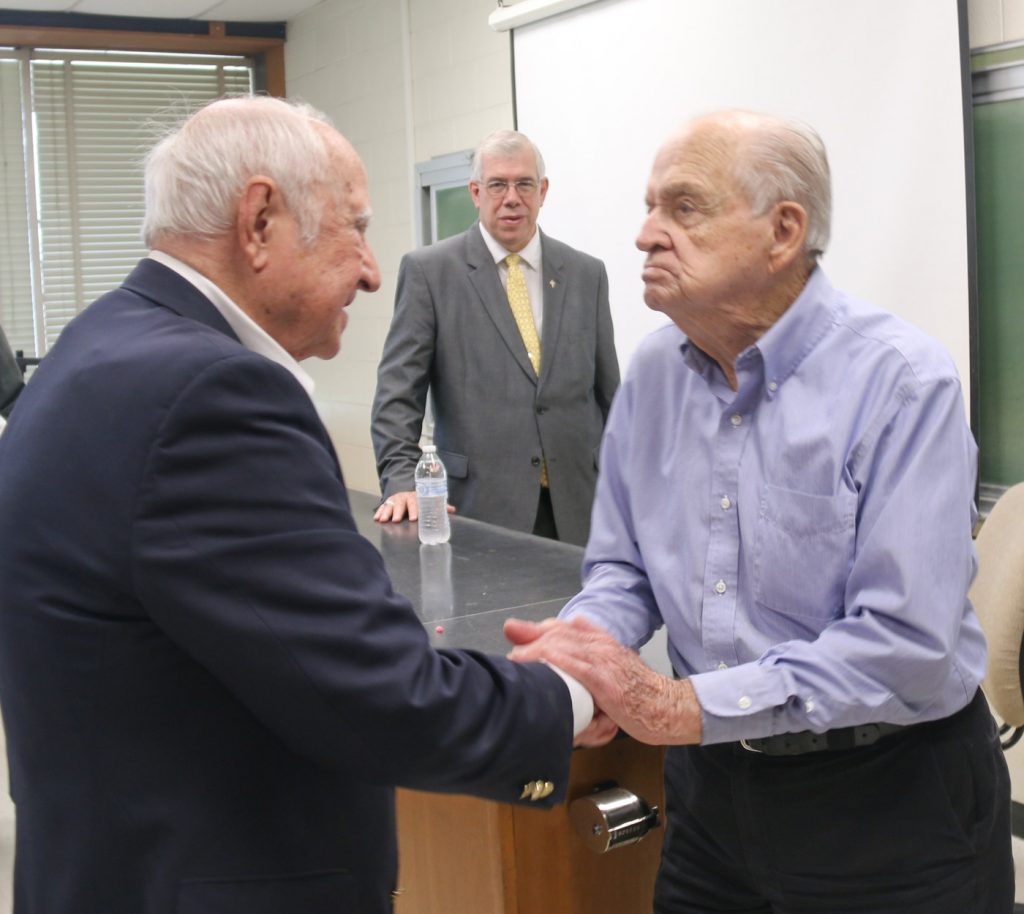 J. L. Wilson shakes hands with a member of the audience as the Reverend Ronnie Hobgood looks on. 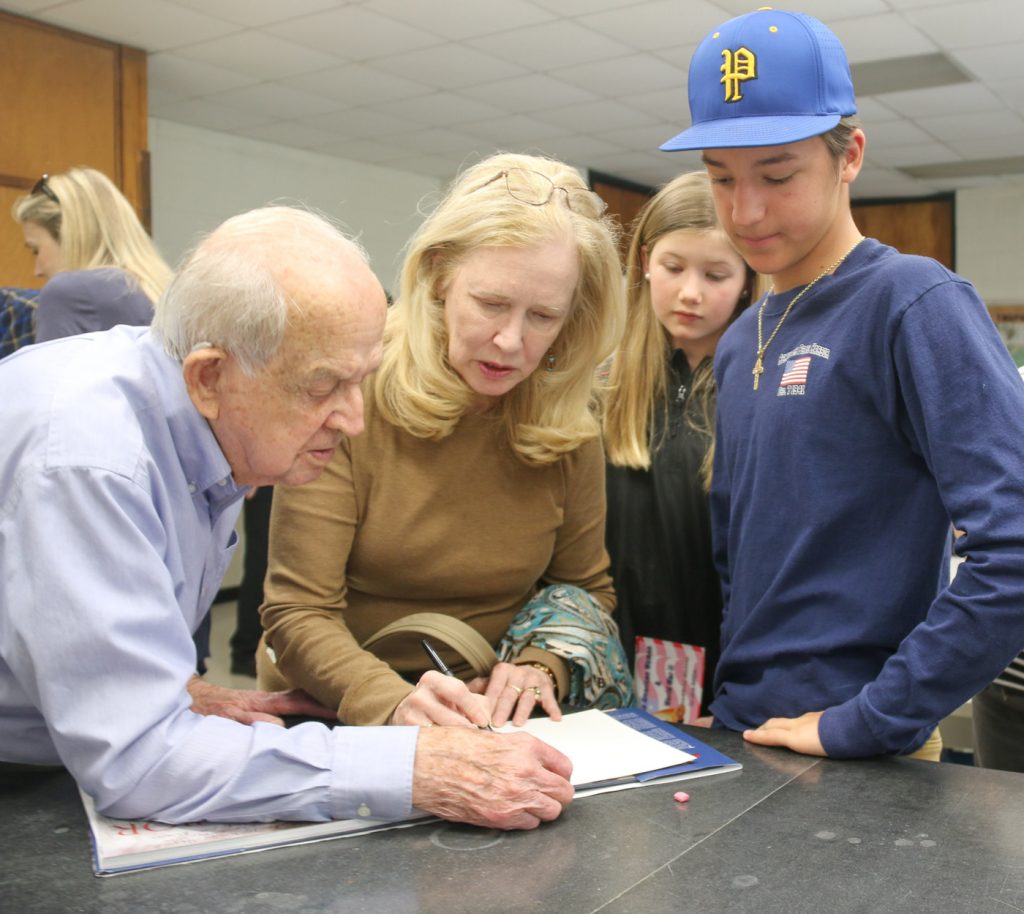 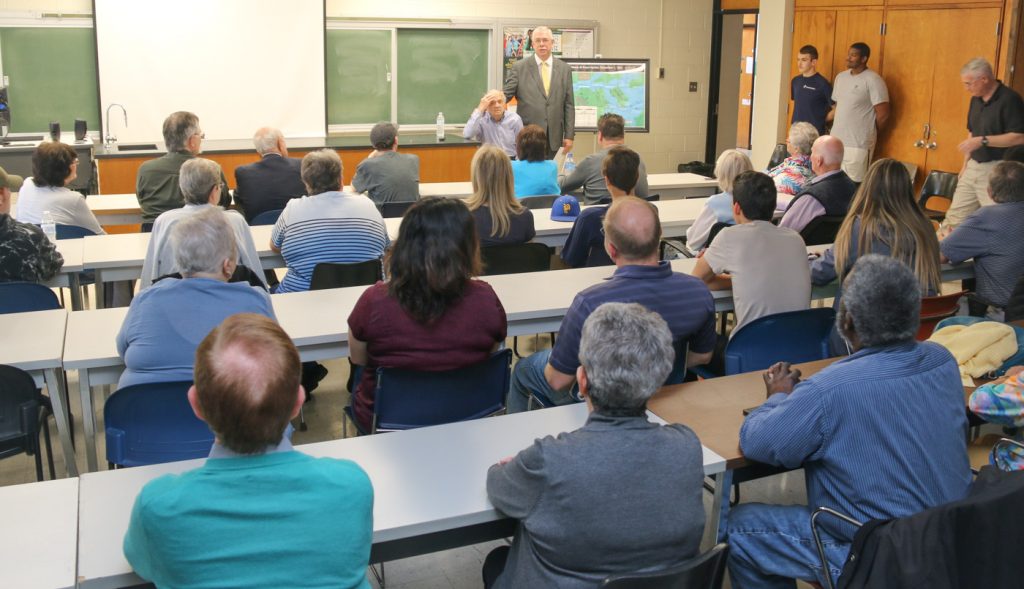 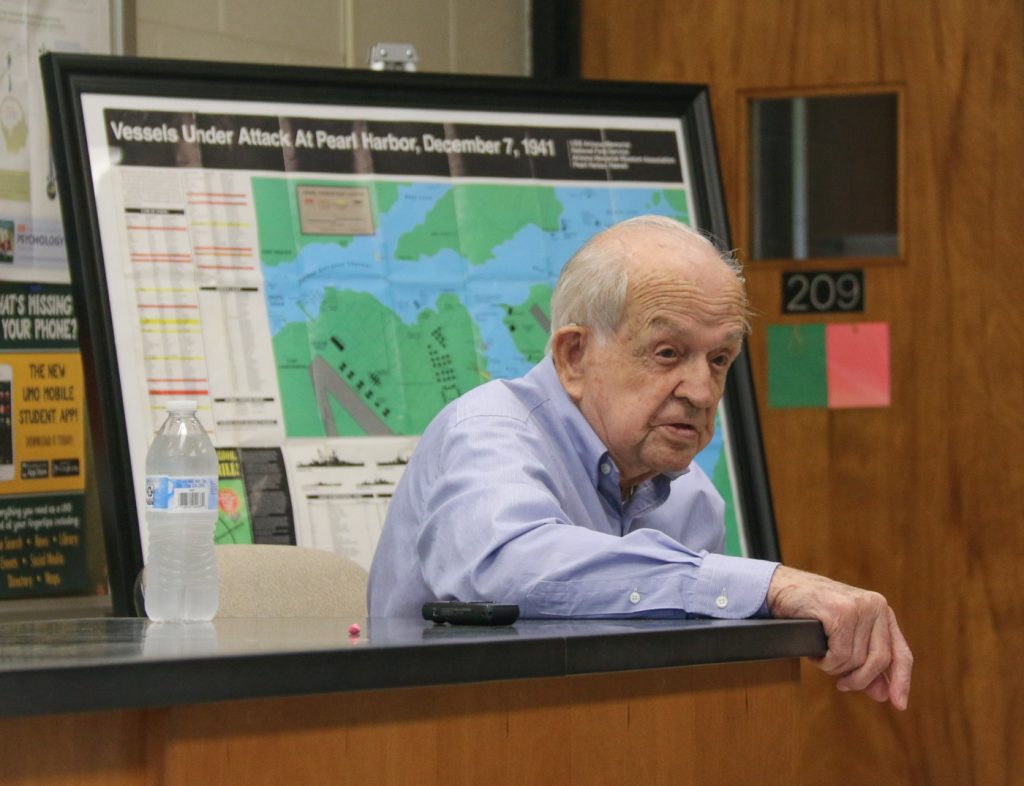 J. L. Wilson receives a standing ovation for his presentation about Pearl Harbor. 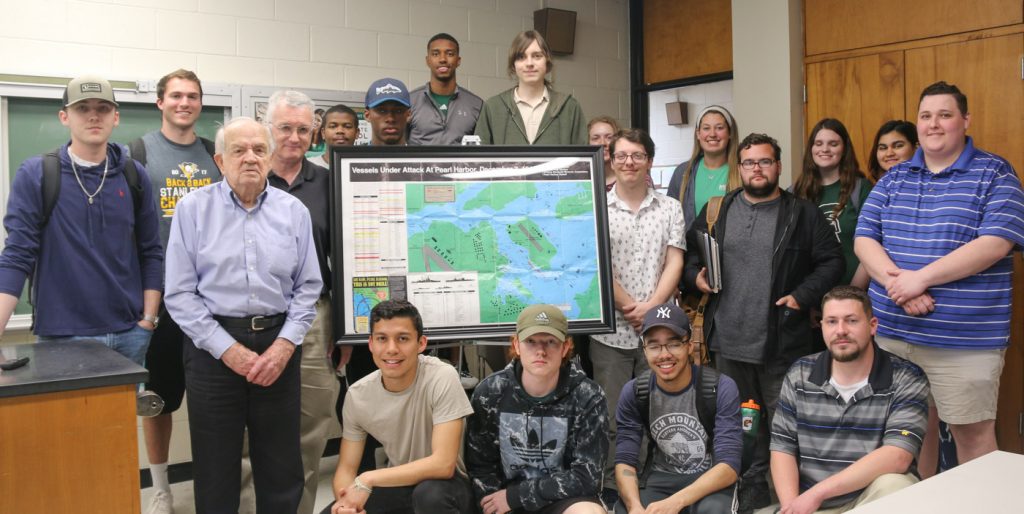