MOUNT OLIVE – Jimmy Williams, a longtime Mount Olive resident, is the recipient of the highest civilian honor that can be awarded by North Carolina’s Governor: The Order of the Long Leaf Pine.

Signed by Governor Roy Cooper, Williams’s certificate was presented on August 23, during a University of Mount Olive Foundation Board meeting, of which Williams is a member.  Chair of the UMO Foundation Board Rob Bizzell noted that the award is given to those who have shown exemplary service to the state and their communities.

Bizzell read from the award: “Here’s to the land of the long leaf pine, the summer land where the sun doth shine, where the weak grow strong and the strong grow great,” Bizzell continued, reciting the North Carolina State Toast. “Here’s to down home, the Old North State.”

Williams has been an instrumental force in Wayne County for his entire adult life.  A native of Pink Hill, North Carolina, Williams received his BA degree from Atlantic Christian College and his M.Ed. degree from East Carolina University.  During his illustrious career, Williams has served as a teacher, coach, principal, Assistant Superintendent, and Superintendent of Wayne County Public Schools.  He was Headmaster at Wayne Country Day School and led it to its first accreditation.

In addition to his professional activities, Williams has served with distinction in leadership positions with First United Methodist Church and numerous service organizations in this community and throughout the region.  He is the recipient of numerous awards, including the Gold Medallion from the Boys and Girls Club, the North Carolina Independent School Athletic Association Hall of Fame, Paul Harris Rotary Fellow, and the University of Mount Olive Athletic Hall of Fame.  In May of this year, Williams was awarded an honorary Doctor of Humane Letters by the University of Mount Olive.

Upon receiving the award, Williams said, “I am honored to receive this award.  I consider it a reflection of all of the good people I have had the pleasure of working with over the years, and the support I have been given by them.  I am most appreciative of my wife and family for being with me on the journey.  To be recognized with this honor is one of the most significant things to happen in my life.  I thank all who were a part of making it happen.” 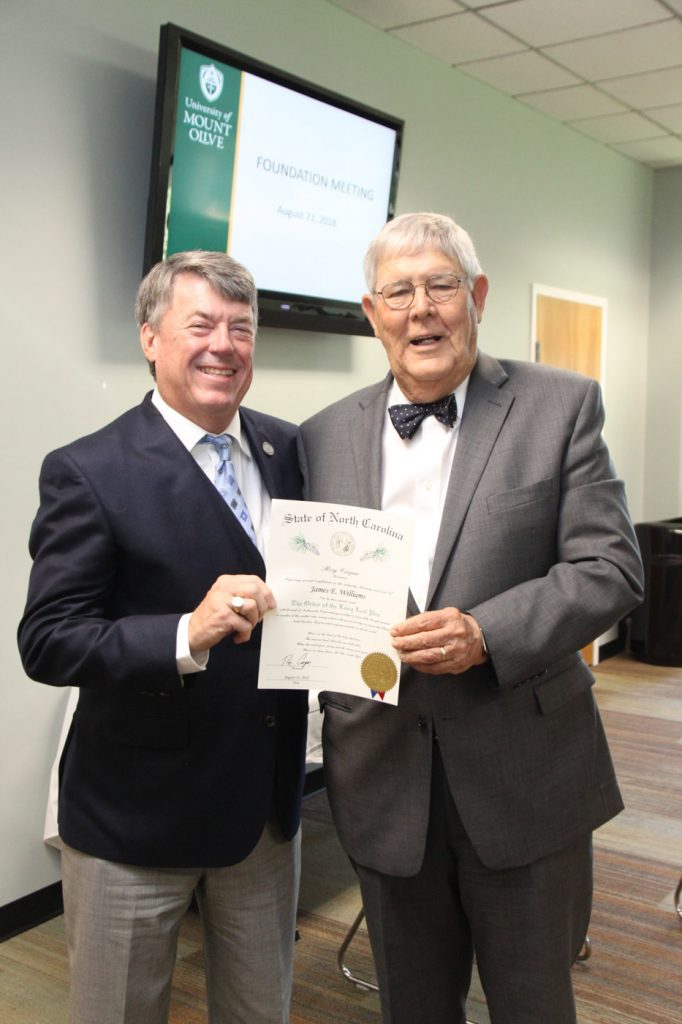 Chair of the UMO Foundation Board Rob Bizzell is pictured presenting Jimmy Williams with the Order of the Long Leaf Pine Award. 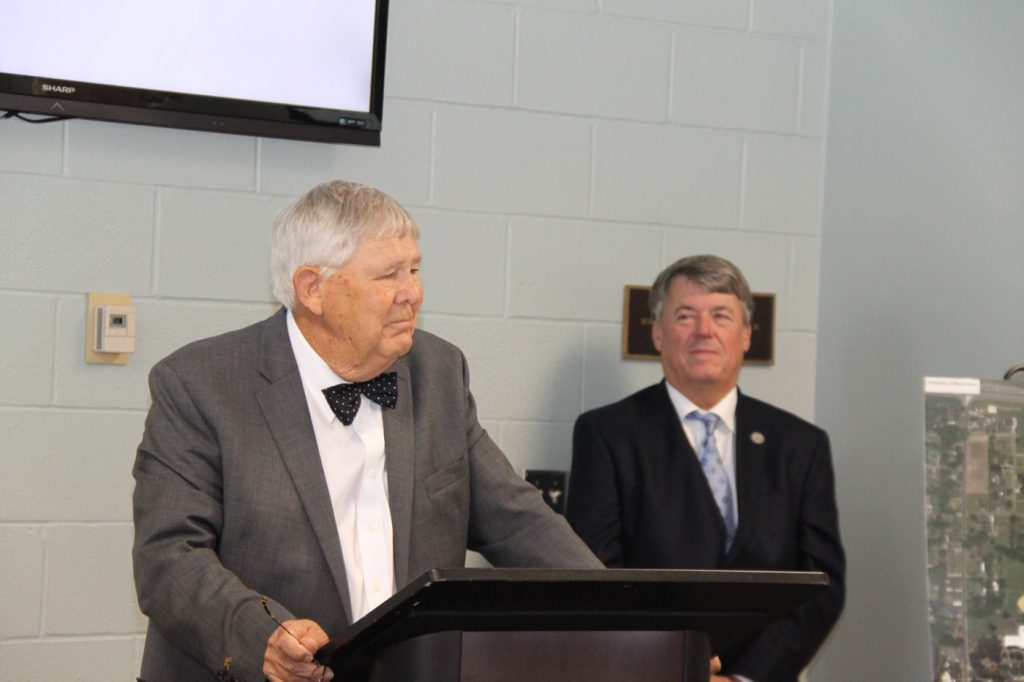 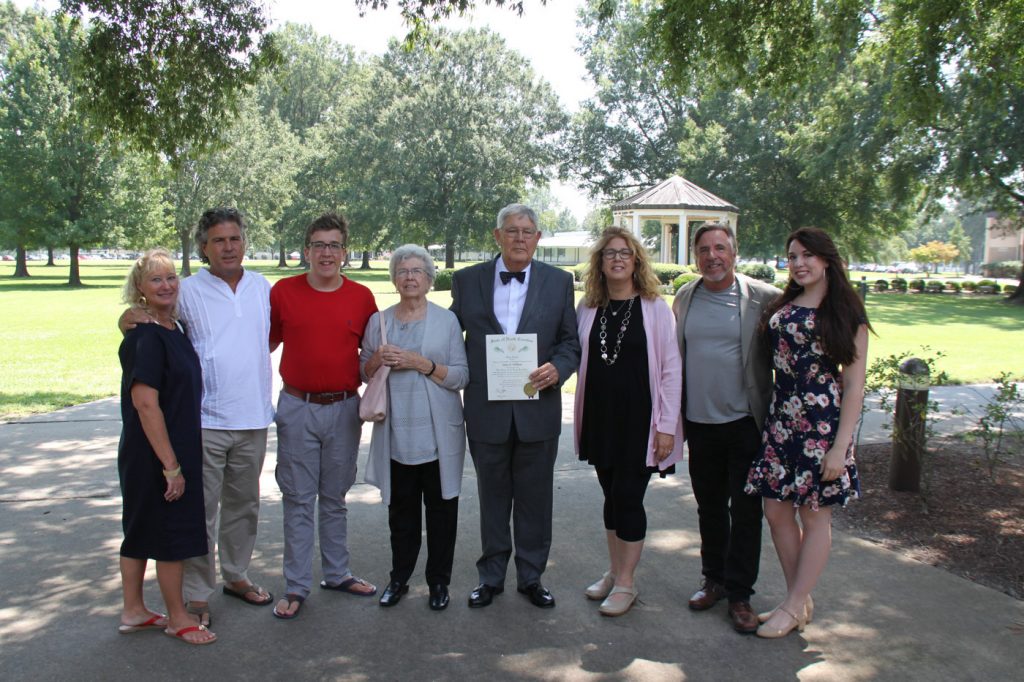 Jimmy Williams (5th from left) is surrounded by his family.  On Thursday Williams received the prestigious Order of the Long Leaf Pine Award.