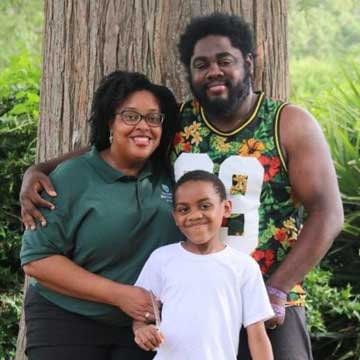 MOUNT OLIVE- Cecelia Hoffler thought she had her life planned out; a degree from UNC-Chapel Hill, a career in psychology, and one day becoming a wife and mother. However, as the saying goes, “things seldom turn out the way you plan them.” That was certainly true for Hoffler.

In her final semester of her senior year at UNC-Chapel Hill, Hoffler had a mental breakdown and had to drop out of school. She was admitted into the psych ward at a local hospital and diagnosed with Bipolar Major Depressive Disorder: Type 1. During her hospital stay, Hoffler was in and out of psychosis. She recalls visits from her relatives, her Bishop, and her siblings. “I can remember quite vividly, the look of worry on each of their faces,” she said. “I know they were thinking, ‘Will she ever come out of this? How long is she going to remain mute and unresponsive?’”

One evening, while sitting in her bare hospital room, Hoffler noticed the Bible her mother left on the desktop adjacent from her bed. “As I sat there in the dark and stillness, it shown like a beacon of hope to me, a way out of the despair,” she recalled.

Fumbling through the pages of the Bible, Hoffler’s heart was opened to a familiar scripture, Proverbs 3:5-6, that her mother often read to her and her siblings as young children. The scripture reads, “Trust in the Lord with all thine heart; and lean not unto thine own understanding. In all thy ways acknowledge him, and he shall direct thy paths.”

That sacred text seemed to strike a chord with Hoffler. “Reading the first portion of the text, pierced my heart like a knife,” she recalls. “I had been attempting to lean on my own human capacity and intellect to order my own steps. I had forgotten to look to my heavenly Father. It was at that moment, I came to myself and began the process of recovery; acknowledging God in all my ways in every avenue of my life.”

Through therapy and her relationship with Christ, Hoffler thought she was ready to return to college to complete her undergraduate degree. She enrolled at East Carolina University to be closer to her home in Williamston. However, the sheer size of the campus and familiar stressful course-load triggered old anxieties. Hoffler once again found herself on the opposite end of yet another failed attempt at a college degree.

Years passed, Hoffler’s son was born. As a new wife and young mother, her desire to complete her degree was placed on the back burner. Then finally, after supporting her husband through barber school, Hoffler decided it was time to complete her degree. She enrolled at the University of Mount Olive in Washington in the spring of 2016. This time around, Hoffler decided to seek her bachelor’s degree in the area of religion.

“Faith has played an integral role not only in the selection of major, but also in every aspect of my life,” she said. “My faith in God and my personal relationship with Christ are the foundation of my life. In order for me to achieve anything, I understand my strength and help comes from the Lord.”

Due to her diagnosis, Hoffler was often bombarded with self-doubt and negative thoughts. She was worried that she would never fully measure up, and not certain she would have time, in her already busy schedule, to reenter the classroom setting. However, after getting into the UMO religion program, Hoffler immediately felt a weight lifted from her shoulders. “The emotional baggage and destructive feelings of self-doubt began to melt away,” she said. “The staff at UMO-Washington treated me with such care and concern at the start of my educational journey that I finally felt like I was home. Being able to transfer credits from UNC and having the option of attending many of my courses online alleviated my concerns regarding my apprehensions of time.”

Now, at age 34, Hoffler is set to finally graduate with her degree. She plans to attend the UMO commencement ceremony on August 17, with her head held high and her family cheering her on. “Graduating has been my dream for so long, and after so many tries, it is surreal to know it is finally happening,” she said. “I wouldn’t trade this feeling of accomplishment and completion for anything in the world.”

Hoffler credits many people for getting her to this point. “My greatest motivators have been family and friends that have never allowed me to forget my purpose,” she said. “My son and my amazing hubby have been my biggest cheerleaders. They are always pushing me to complete my assignments and telling me I can make it, on the days that I want to quit. I know that having my son see his mother and father both achieve degrees and pursue their dreams will foster an environment of excellence and possibility for his own future. More importantly, I am motivated by my mission and pushed by my God-given purpose. Through trials and tests, I have learned that I am motivated to provide a safe space for those who continue to suffer in silence from mental illness.”

Hoffler also acknowledges the faculty and staff at UMO at Washington for helping her achieve her goals. “Religion Department Chair Dr. Robert Cox has been instrumental to so much of my spiritual stretching and transformation,” she said. “My instructor, Dr. Leslie Simpson, helped me heal and understand grief better during his Death and Dying course. And, my academic advisor, Donna Waters, did a stellar job of alleviating so much of my stress concerning scheduling and made sure I stayed on target for graduation.”

Hoffler has big aspirations for her future. She currently works for Wells Fargo Auto as an Operations Analyst for the Data Furnishing Team in Credit Reporting Operations. She plans to use her degree to promote healthy interpersonal relationship, open dialogue and communication within her department. “My degree allows me the ability to operate in any environment with more understanding and approachability,” she said. “I am also in the process of researching peer support certifications, which will allow me to work within the community, specializing in mental health advocacy.”

Once certified, Hoffler would like to use her knowledge and new career pathway to solidify her own Non-Profit organization, YouGlowGirl. “Born from my own battle with Bipolar Disorder: Type 1, YouGlowGirl aims to break the stigma of mental illness, educate the community of mental health awareness, and provide a safe haven for those who suffer in silence,” she said. “It has taken me a long time to get to this place of acceptance and strength. There are many resources available to those in need to aid in a healthy and holistic recovery. So much of my life was once spent in the darkness of depression and self-doubt. Now, that I’ve found the light of love in me, I want to share my GLOW and help rekindle that light in others.”

Hoffler lives in Raleigh with her husband, Devin, and their son, Malachi. 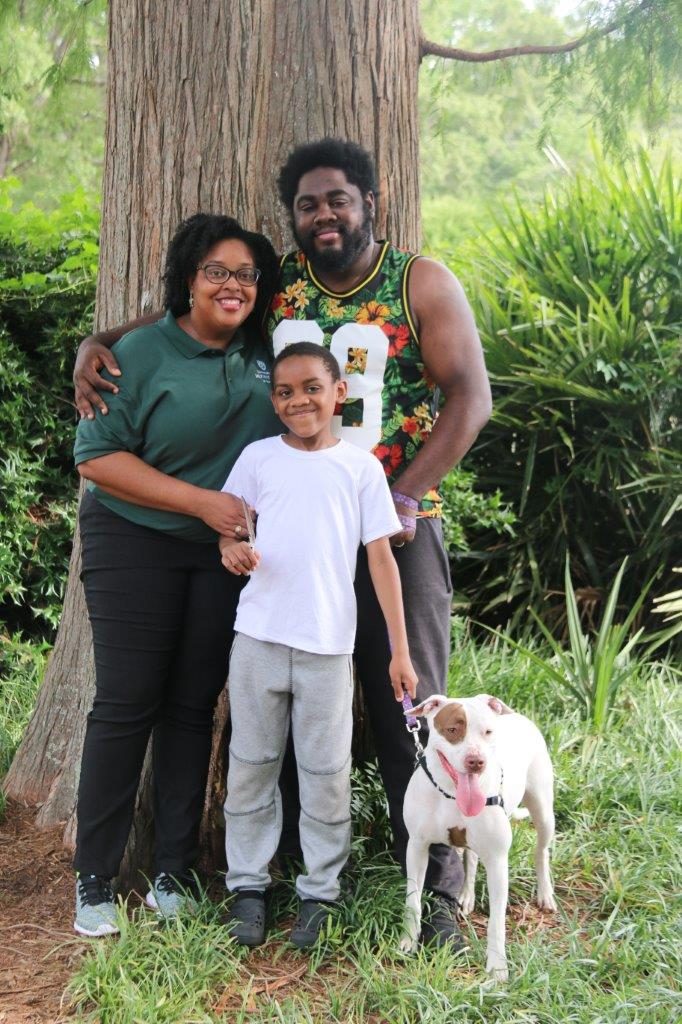 Cecelia Hoffler is pictured with her husband, Devin, and their son, Malachi. 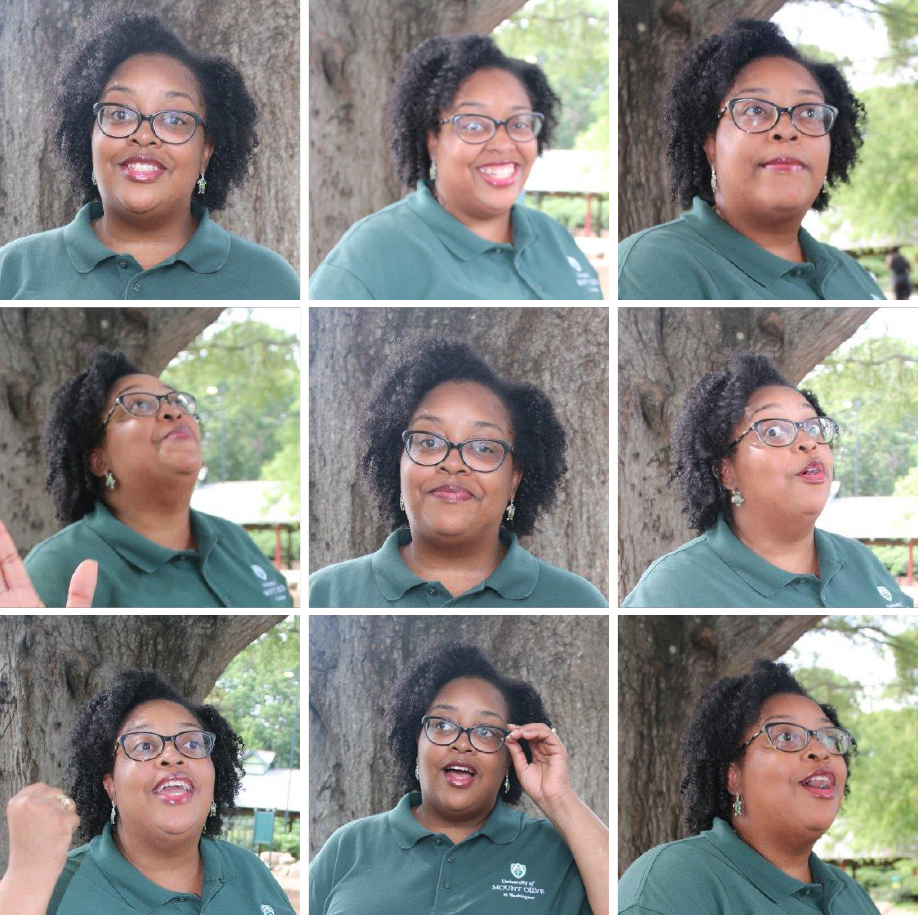 Cecelia Hoffler talks about her struggles with Bipolar Major Depressive Disorder and how her faith and her education have helped her come out on top.