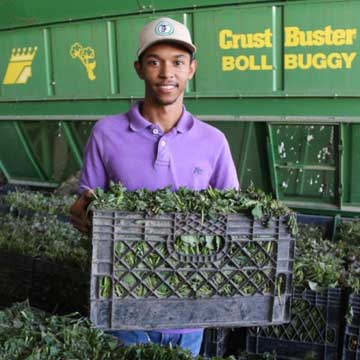 MOUNT OLIVE- Growing up in Sampson County, University of Mount Olive (UMO) student Marcus Walton has been around agriculture and animal production his entire life. At the age of three, Walton’s parents introduced him to fishing and horseback riding. He later began repairing cars and machinery with his grandfather. Enjoying the intricacies of these pastimes, Walton was unaware of just how much these hobbies would impact his future.

Attending Lakewood High School, Walton was immediately drawn to agricultural classes. Joining FFA, he participated in several of the club’s activities including attending the annual AgFest event hosted by UMO which promotes awareness of agricultural careers and educational opportunities. It was during those events that Walton became interested in the University of Mount Olive as choice for his collegiate aspirations.

“I liked that UMO is right in the middle of Eastern NC where agriculture is a vital economic driver for the communities,” he said.

Walton enrolled at UMO in the fall of 2016 majoring in agricultural production systems with a focus in animal science and a minor in agribusiness. He is a first-generation college student, and received the Presidential and CFFA scholarships.

Determined to be a good steward of those scholarships, Walton threw himself into his studies becoming known by his professors and peers as focused and dependable. Over the past four years, he and his classmates have formed a deep bond and support each other through weekly study sessions. “Many of my classes are with the same awesome classmates and professors,” explained Walton. “ I know that they truly care about my future and success.”

Walton is actively involved in the agricultural department through his job as a work study student, his participation in Collegiate FFA (CFFA), and in Farm Bureau’s Young Farmers & Ranchers Discussion Meets (YF&R). Through his job, Walton has helped create UMO’s Fitness Garden, as well as produce and maintain landscapes around campus. One of his course projects involved growing chickens and plants on the student farm for resell. “With the addition of the farm, students can physically apply skills and knowledge to benefit the school and the community,” he said.

Through CFFA, Walton has participated in countless campus and community activities. He recently volunteered at UMO’s AgFest and the Make a Difference Food Pantry. He was also a part of the club’s Coats for Kids service project, during which $13,000 was raised to purchase 450 winter coats, gloves, and hats to children in need at Carver Elementary and Brogden Primary.

However, the Autryville native feels that his greatest college opportunities have been the two internships that he has undertaken. “I am grateful for the two crop-related internships that UMO was able to lineup for me,” said Walton. “I have not only been able to increase my knowledge of agriculture, but also practice the business and production skills that I have learned in class.”

Working as a crop scout intern with Protech in the summer of 2017, Walton put his academic knowledge to use checking tobacco and cotton. This summer he is interning with Jackson Farming Company in Autryville in the areas of food safety, quality insurance, and inventory management of wholesale products and associated regulations. He works from 40 to 80 hours per week. He interacts with growers, shippers, and warehouse employees, observing sales projections, and market pricing. His involvement in YF & R Discussion Meets, have certainly come in handy with the internship, providing Walton with the experience and skills that he needs to be a confident speaker.

Walton is on track to graduate a semester early in December of 2019 with his bachelor’s degree. He is still contemplating the various career paths within the agricultural industry, but one thing is for sure, he is getting the knowledge, experience, and connections that he will need to be successful.

In the meantime, Walton plans to continue his deep involvement in UMO’s growing agricultural department and is grateful for the many opportunities he has received during his enrollment. “The ag department is constantly expanding, and it is exciting to know that we are gaining more specialized topics that will enable students to positively impact agriculture in eastern NC in their future careers.”

Marucs Walton is the son of Elton McCoy and Frances Walton. He attends Pleasant Union Baptist Church in Roseboro and volunteers at the Autryville Fire Department. In his spare time he likes to go trail riding with his Quarter horses, hunt, and do landscaping and hardscaping with his own lawn care service. 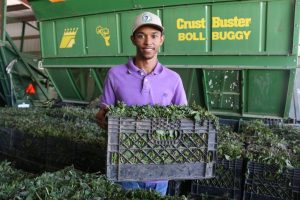 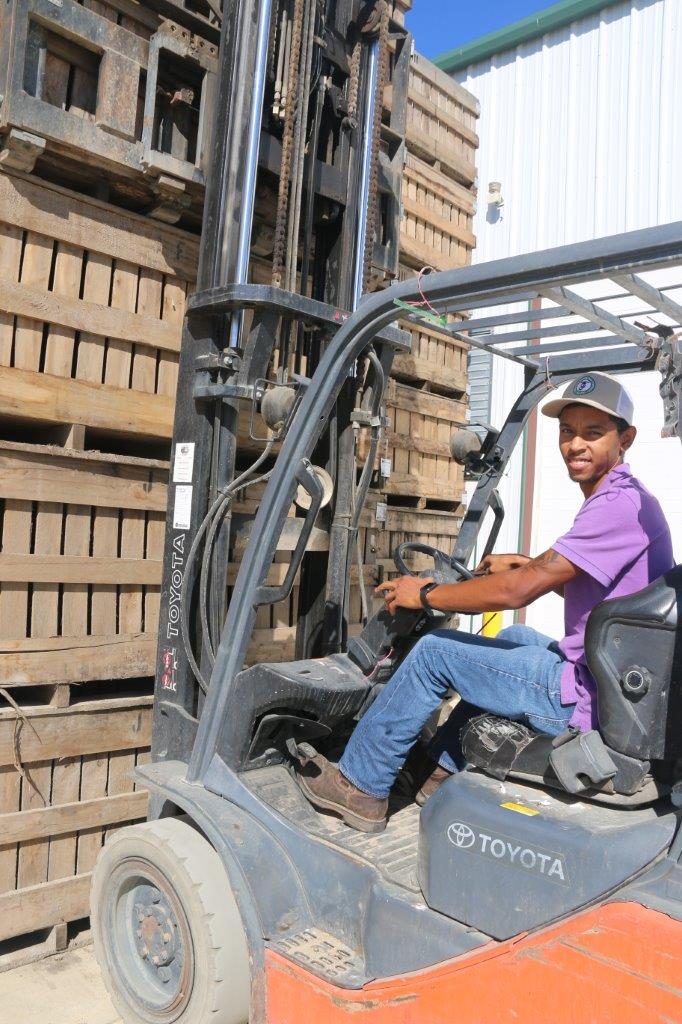