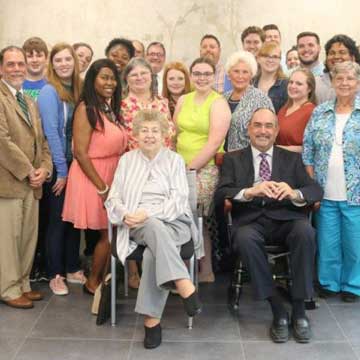 MOUNT OLIVE-Dr. Alan Armstrong of Goldsboro was recently honored at a retirement celebration held in his honor at the University of Mount Olive.

Armstrong has been professor of music at UMO since 1996.  He holds a B.Mus. Ed and Ph.D in music history from The Ohio State University and an M.M. in piano performance from Bradley University.  Armstrong was the founder and director of UMO’s Free Spirit, a contemporary Christian music ensemble for 21 years.  He is a pianist, cellist, choral director, and bagpiper.  He has many published music works to his credit, including those for chamber ensembles and instrumental solos.  He has presented papers at the American Musicological Society on several occasions and was the first American to present at the Piobaireachd Society in Dunkeld, Scotland in 2012.

In honor of Armstrong’s retirement, UMO President David Poole presented him with a rocking chair embossed with the University seal. 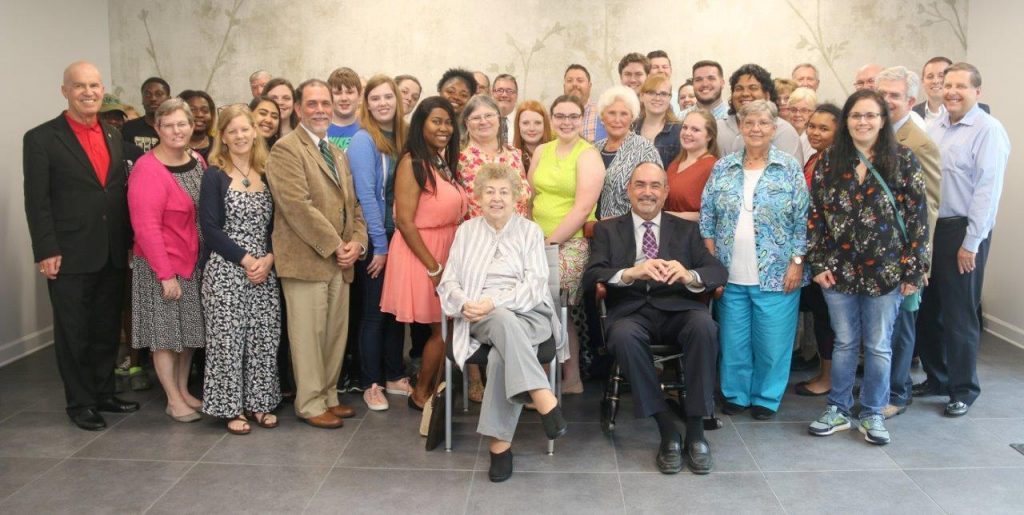 Dr. Alan Armstrong seated beside his wife, Anita, paused for a photo at a retirement reception held in Dr. Armstrong’s honor.