MOUNT OLIVE – A Rowan County student wasr ecognized for his achievements at the University of Mount Olive’s Annual Awards Ceremony.

Marion James Smith, Jr. of Kannapolis received the The President’s Citizenship Award. Smith, Jr. is a junior ag education major.  The President’s Citizenship Award, first awarded in 1972, is a scholarship sponsored by President Philip Kerstetter and Mrs. Mary Kerstetter. The award is presented to a returning student who has made the greatest contribution to the University during the academic year. The scholarship is payable on future educational expenses at the University of Mount Olive. The recipient is chosen by a ballot of the student body. 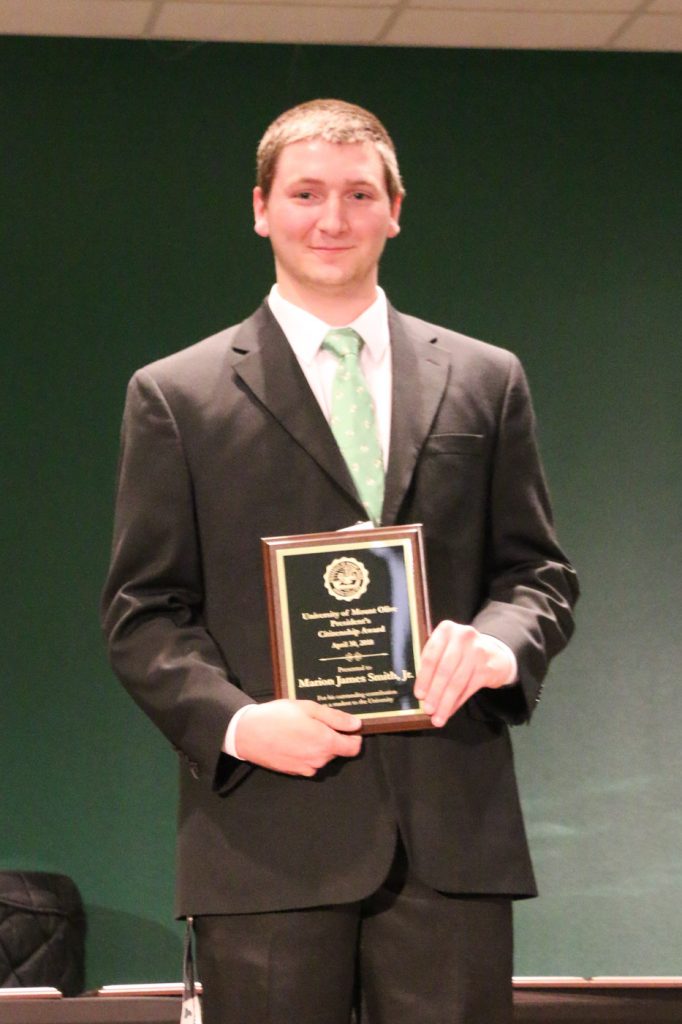