University of Mount Olive > News > Scholarship Recipient Aspires to Give Back 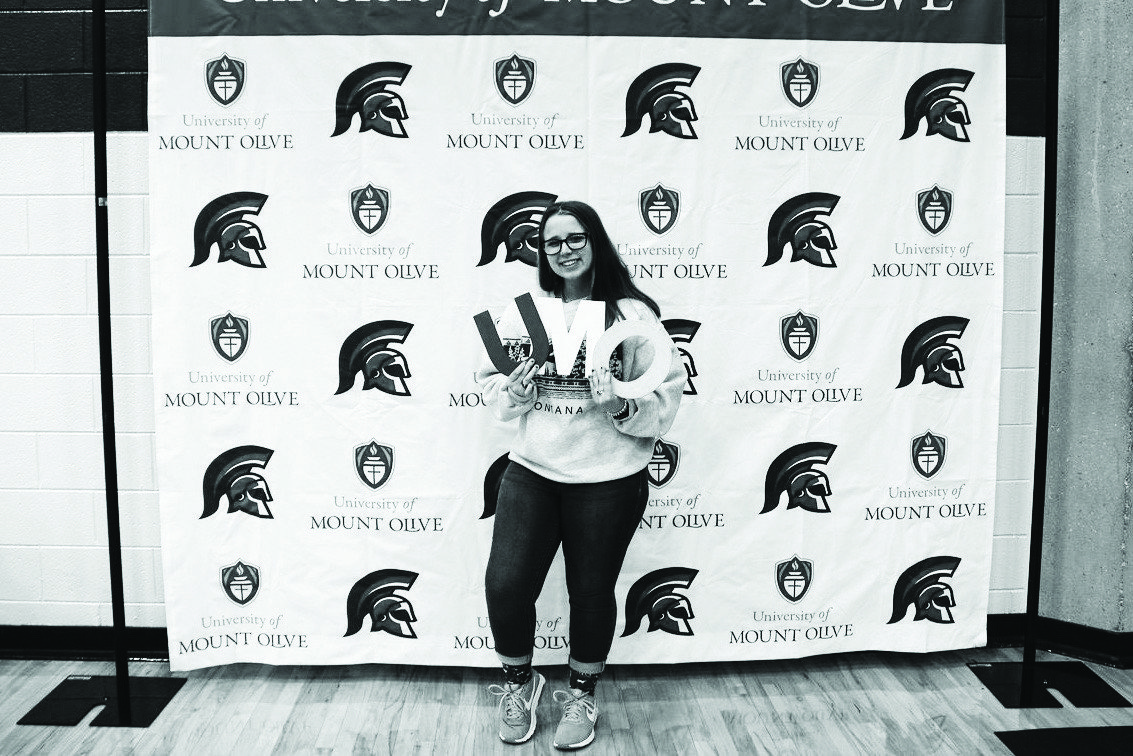 MOUNT OLIVE-The ambition to succeed is as American as apple pie and Coca-Cola.  Lettie Pate was certainly a testament to that thought.  Born in Thaxton, Virginia she was raised in the Episcopal Church, privately educated, and married her husband, Joseph Brown Whitehead, in 1894.  In 1899, Joseph and an associate dreamed up the idea of bottling Coca-Cola.  They secured an exclusive contract to bottle and sell Coca-Cola in most of the United States.  When Joseph died in 1906, Lettie took over the bottling business and real estate interests, guiding both to great success.

Whitehead became one of the first female directors of any major American corporation when she was appointed to the board of The Coca-Cola Company in 1934.  She served in that role for almost 20 years.  Throughout her life, Whitehead gave away millions to foster religion and education.   To honor the legacy of his mother, Conkey Pate Whitehead, established the Lettie Pate Whitehead Foundation in 1946.  The public charity provides support for the education of female students and the care of elderly women in nine Southeastern states.

Taylor Tucker of Plymouth is one of those recipients.  A criminal justice and criminology major and agricultural business and music double minor, Tucker is the epitome of the type of student the scholarship was created to assist.

Since early childhood Tucker has loved books and learning.  One of her earliest memories is of reading from the New England Journal of Medicine as she patiently waited in a doctor’s office as her mom sought care for her chronic illness.

“My mom is the bravest woman I know,” Tucker shared.  “She has fought my whole life to keep me happy, safe, and most importantly unconditionally loved, while battling a chronic illness. Without her and her inspiration, along with the faith she instilled in me, I know there is no way I could have made it.”

Growing up in Plymouth, NC Tucker fell in love with the landscape, the animals, and the people.  She eventually developed a passion for agriculture. “During high school, I served as our FFA Chapter Parliamentarian and Vice President” she recalled.  “I very much enjoyed teaching younger classes the joys of agriculture and animal science, as well as competing in many FFA competitions.”

Beyond FFA, Tucker was active in 4-H and Science Olympiad, having participated in a variety of competitions in which she earned numerous honors and also gained invaluable skills in public speaking and leadership.  With a servant’s heart, she also spent countless hours volunteering with such initiatives as Relay for Life, Operation Christmas Child, hurricane relief efforts, food drives, and many more.  Tucker has even founded her own Bible ministry, which she calls Spotlight Bible Ministries.  “I give Bibles to those who may not have one or may not know Jesus Christ,” she said.  “This is something I am very passionate about.”

In 2018, Tucker’s world was turned upside down.  After a very traumatic episode with her heart, she was diagnosed with a severe case of an orthostatic disease called POTS. A few short months later during a routine procedure to remove her wisdom teeth, Tucker lost all hearing in her right ear when the surgeon accidently hit a nerve.  And, in 2019, a rare eye condition caused her to lose a portion of her vision in both eyes.

“Even with all of these struggles I still thrive in my day-to-day life,” she said. “With the help of an amazing support system and my Lord and Savior Jesus Christ, I have been able to take the bad and turn it into good.”

With an optimistic outlook and a can-do attitude, Tucker was the first student at Terra Ceia Christian High School to simultaneously graduate with an associate degree, as well as the first student at Martin Community College to graduate from the Criminal Justice Technology Program with a 4.0 departmental GPA.  With her sights firmly set on becoming an attorney, Tucker enrolled at the University of Mount Olive in the fall of 2020 to complete her undergraduate degree.

“I chose my major to give a voice to the voiceless,” she said. “I want to start as a prosecution attorney and eventually gravitate towards agricultural law and civil rights law. I would love to see myself as a district attorney one day!”

“Being a Lettie Pate Whitehead Scholar has been an honor and an absolute blessing to me and my family,” Tucker said.  “Being the daughter of a single parent, who is also disabled, makes it a little more challenging to pay for college.  This scholarship came at the right time, and has been a godsend.  I wish I could have known Mrs. Whitehead as she was a strong woman and definitely someone to aspire to be like.  I, too, hope to one day be a philanthropist like Mrs. Whitehead. My goal is to eventually establish my own law firm and provide a scholarship fund for other young women.”