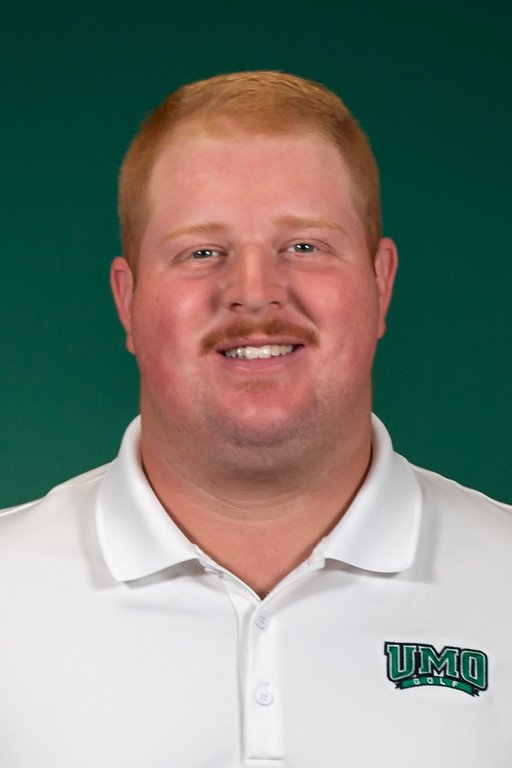 MOUNT OLIVE –University of Mount Olive May graduates Patrick Schweitz and Malak Kafi are doing what many young people are doing during these unsettled times…they are going back to school.  With a somewhat stagnant job market due to COVID-19, Schweitz and Kafi decided to make the most of their time and their futures by enrolling in UMO’s Master of Business Administration (MBA) program.  They will start this fall.

Like many of their fellow student-athletes, Schweitz, who is a member of the Trojan golf team, and Kafi, who is a sprinter/hurdler track and field athlete, were disappointed when the spring sports season was cut short due to the coronavirus.  They felt like the rug had been pulled out from under them, and they were not ready to be done with school or sports.  Gaining another year of athletic eligibility, both decided to take the leap and enroll in UMO’s MBA program, which has been ranked by The Triangle Business Journal as the 11th largest in North Carolina and the 5th largest among all of the state’s private universities.

“Not only will I be able to further my education and learn more skills and knowledge for my future career, I will also get to play another year of golf, which is a win-win for me,” Schweitz said.

A two-time Conference Carolinas All Conference player and three-time Academic All-Conference honoree, Schweitz is passionate about the game of golf.  Outside of his academic and athletic responsibilities, the Johnston County native works part-time at Walnut Creek Country Club in Goldsboro. After earning his MBA in the spring of 2022, he plans to pursue a career as a collegiate golf coach or work with a golf equipment manufacturer.

A two-time back-to-back indoor hurdle champion, Kafi is also a highly awarded athlete whose plans were cut short as a result of COVID-19.  “I was really at a loss,” she said.  “Spring sports abruptly ended, students were sent home, and graduation was cancelled.  It seemed that the virus had taken everything from me, and I had no idea what my next step would be.  But, God had another plan.  I am very blessed to be able to return to UMO to use my last year of eligibility to do what I do best and enter graduate school. This is just the beginning of something new, and I plan to make the most of this opportunity on the track and in the classroom.”

Since the MBA program typically takes two years to complete, Kafi is on track to graduate in 2022.  The High Point resident hopes to continue her sports career as either a professional athlete or as an athletic director.

“Patrick and Malak are a great examples of how UMO’s MBA programs are fulfilling a need for students who have shined in athletic competition and in the classroom,” said UMO Admissions Representative Zack Burnette.

Assistant Provost for Adult and Graduate Programs Dr. David H. Dommer said, “Unfortunately, for a number of Americans, the stark reality of the moment is a very crowded labor market that seems to be worsening.  A graduate degree is the perfect way to help someone differentiate themselves when every open position is being flooded with applicants.  Employers know that master’s level employees have learned new techniques, modern skills, and updated theory that allows them to make an immediate impact on their organization from day one.  Generally speaking, due to salary premiums for employees with graduate degrees, students can usually see the return on their investment after as little as two to three years after graduation.  With a short track to completion, there is no better way for a student to invest at the moment, than to invest in their own futures.”

Flexibility and Patience are Keys to Success for Educator Dr. Kelly Alves