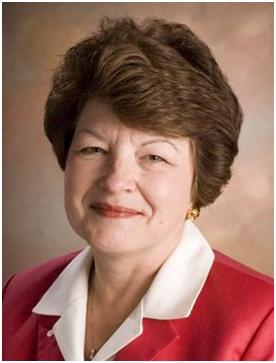 MOUNT OLIVE- Linda S. Suggs will be the guest speaker at the 2011 Braswell Lecture at University of Mount Olive scheduled for 7:30 PM on Thursday, March 24, in Southern Bank Auditorium.  The title of Suggs’ presentation will be, “Critical Issues Confronting Education in the US Today”.  The event is free and open to the public.
Suggs’ North Carolina career in education is both exten
sive and impressive.  She has served as Section Chief for School Personnel Support in the North Carolina Department of Public Instruction, as Associate Executive Director of the North Carolina Association of School Administrators (NCASA), as Chief Lobbyist for NCASA in the North Carolina General Assembly and as Legislative Director for the North Carolina State Board of Education.  She has also done work for the North Carolina Network of Grantmakers (NCNG) and many school systems in NC.  Suggs has been ranked twice by the NC Center for Public Policy Research as one of North Carolina’s most influential lobbyists.  Retiring from state service in February 2006, she was awarded membership in the Order of the Long Leaf Pine, North Carolina’s highest civilian honor. Suggs was also the first recipient of an award created by the North Carolina School Business Officials, the NCASBO STAR award.
Suggs now works as an education consultant, serving as NC Policy Consultant for the Bill and Melinda Gates Foundation.  She is Chair of the Board of Trustees for the North Carolina Center for the Advancement of Teaching, and is a member of several boards including the Women’s Forum of North Carolina, the North Carolina Retired Governmental Employees Association, and ExplorNet.
Suggs graduated magna cum laude with a bachelor’s degree from Meredith College.  She earned her masters degree from Duke University. Suggs has also completed post graduate work in curriculum and supervision at North Carolina State University.
Sponsored by the Teacher Education Committee and the Prospective Teacher’s Association at University of Mount Olive, the annual Braswell Lecture is held in memory of Jessie Dail Braswell. Mrs. Braswell taught in the Princeton public schools for 34 years and demonstrated a life-long commitment to education.
University of Mount Olive is a private institution rooted in the liberal arts tradition with defining Christian values. The College, sponsored by the Convention of Original Free Will Baptists, has locations in Mount Olive, New Bern, Wilmington, Goldsboro, Research Triangle Park, Washington and Jacksonville.  For more information, visit www.moc.edu.
March 9, 2011 | Events |
Previous