University of Mount Olive > News > The Sky’s the Limit 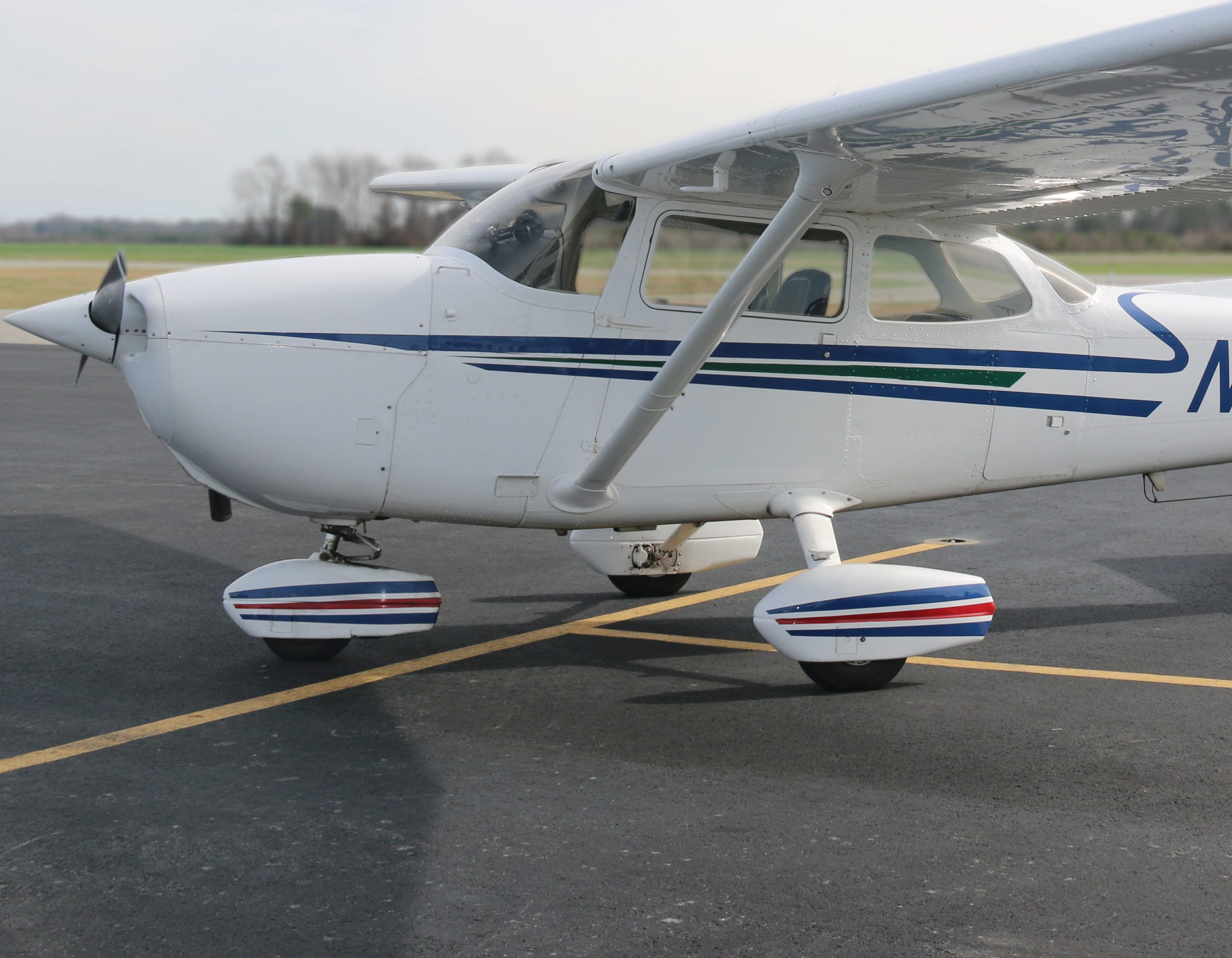 MOUNT OLIVE – The University of Mount Olive’s flight school, Trojan Aviation, is soaring. One year into the venture, five students have graduated with their private pilot’s license, one of those has also obtained his instrument rating, and there are currently 21 active students taking lessons. Currently two single-engine Cessna 172 airplanes occupy the flight school’s renovated hangar at the Mount Olive Airport.

“The hangar can house up to four planes simultaneously,” said CFII Gary Whaley, Director of Flight Operations. “There are offices, classrooms, a reception area, and restrooms. It’s a great setup!”

According to Whaley, he receives several calls per week from individuals seeking information about the flight school. “The level of interest has been amazing. We’ve had students ranging in age from 17 to 61.”

Current student Jeff Darwin of Goldsboro is very excited about obtaining his pilot’s license. “I did my homework and looked into all of the area flights schools. UMO really stood out. I liked the people and the location.”


After obtaining his pilot’s license Darwin hopes to purchase his own plane and travel the country doing competition skeet shoots.

“It has really been a wonderful experience for me; it’s like being a kid again,” Darwin shared. “My dad had his pilot’s license, and I always dreamed of having mine. I had done some flying hours of my own back in my teens and early twenties, but had to put the dream aside because of family and work obligations. Now that I am retired, I have decided to finally take the plunge and reach that goal.”

Because of the growing interest and volume of students, additional flight instructors are now being used. “We hope demands continues and would like to additionally add a twin engine plane to our fleet, as well as a flight simulator,” Whaley said.

Also new this spring, an instrument training ground school will be offered. The course will last four weeks and will be offered on Tuesday and Thursday evenings for three hours each night.

“We have been very pleased with the growing popularity of our flight school,” Whaley said. “The sky really is the limit to the success of this venture.”