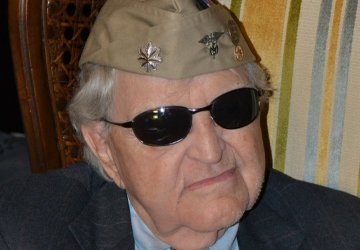 The University of Mount Olive (UMO) has received a $1 million gift from one of its longtime friends and benefactors, Dr. Thomas R. Morris of Wilmington, NC.   The contribution from Morris was inspired by his desire to invest in building opportunities for the University’s new innovative programs. He had initially planned for the money to be dispersed through his last will and testament, but at 90 years old, he decided to make the contribution while he was still living.  “This gift is to glorify God and honor my Free Will Baptist ancestors,” Morris said.

“On behalf of the Board of Trustees and the entire University, we are deeply grateful for this generous gift,” said UMO President Dr. H. Edward Croom.  “Dr. Morris is a true friend of the University of Mount Olive.  He understands the University’s roots in the Original Free Will Baptist Church and appreciates its Christian mission.  This investment demonstrates a trust and confidence in the future of this institution.  We commit to be good stewards of these resources as we provide new facilities and programs that will expand opportunities to equip our graduates for leadership and service.”

Morris was born and reared in Wayne County with strong Free Will Baptist roots from Union Grove FWB Church where his parents and grandparents were all very active.  He often reminisces about his great grandfather, the Elder P. T. Lucas, a leading FWB minister of his time.

Morris graduated from high school in Nahunta and financed his way through UNC-Chapel Hill and the School of Optometry in Memphis, TN by working at night and selling books, cookware, and cemetery plots door-to-door during the summers.  “I covered every pig path in eastern North Carolina,” he joked.

After college, Morris returned to Wayne County and became not only a successful optometrist, but also a noted educational, civic, and church speaker, often sharing the Gospel of Jesus Christ.  Commissioned a medical officer in the U. S. Army during the Korean Conflict, Morris retired as a Lt. Colonel, but still remained active in the Army Reserves and National Guard.  He has dictated over 2,000 posts about his life, travel, military experiences, and journey of faith in his personal blogs, which can be found at http://carolinahedgehog.blogspot.com.

When diagnosed with glaucoma, a condition that resulted from his military experience and resulted in 100% disability, Morris was determined to see as much of the world as he could.  On eight around-the-world trips, he traveled to every continent and both the North and South Poles, having his passport stamped in 157 countries.  After becoming totally blind, Morris turned to real estate and other investments in the Wilmington and Wrightsville Beach areas in both commercial and residential properties.  In addition to his shrewd business acumen, Morris, to this day, possesses a thrifty nature.  He is well-known for his self-deprivation, often noting that throughout his lifetime he did his own cooking, cleaning, and only purchased his clothes from thrift stores.  In reflecting over his investments and savings, Morris said, “God has abundantly blessed me even through my 40-years of total blindness and 14-year battle with prostate cancer.”

Living out the Biblical passage Luke 12:48, “To whom much is given, much will be required,” Morris’ frugalness has enabled him to faithfully support the University for decades. He has given multiple and sizeable gifts that have funded various awards designed to encourage and reward excellence for student academic achievement, faculty teaching, and pastoral work and lay services to the FWB denomination.  He has also generously contributed to other UMO projects including a $100,000 gift for the Free Will Baptist Heritage Room, which bears a portrait and plaque dedicated to Morris.  Knowing, from personal experience, the hardship of financing a college education, Morris and his siblings established an endowed scholarship fund at UMO in memory of his parents, Joseph T. and Sallie Pittman Morris.

“Dr. Morris’ life has been filled with both adversity and abundance,” said University Advancement Representative Teresa Hines.  “Yet, he remains a humble and selfless man intent on sharing his wealth and his wisdom with causes that align with his beliefs.  We are grateful beyond measure that he considers the University of Mount Olive to be one of those organizations.”

Vice President for Institutional Advancement Jason Gipe said, “Dr. Morris’ unwavering support and generous financial backing over the years has and will make a profound impact not only on the University, but also on current and future students who benefit greatly from the programs, projects, and facilities made possible by his kindness and compassion.”

Morris is the father of one son, Dr. John Michael Morris, the grandfather of two grandsons, Andrew Phillip Morris and Paul Robert Morris, all of whom have advanced degrees. Dr. Andrew Morris, along with his wife and daughter, are missionaries in South Korea. Dr. John Michael Morris is a professor at Southwestern Seminary and the pastor of a Southern Baptist church in Fort Worth, Texas. 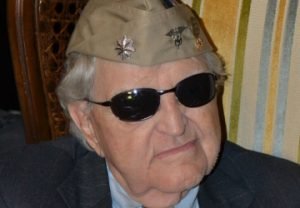 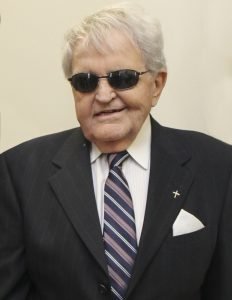