Williams, a longtime Mount Olive resident, has been an instrumental force in Wayne County for his entire adult life.  A native of Pink Hill, North Carolina, he received his BA degree from Atlantic Christian College and his M.Ed. degree from East Carolina University.  During his illustrious career, Williams has served as a teacher, coach, principal, Assistant Superintendent, and Superintendent of Wayne County Public Schools.  He was Headmaster at Wayne Country Day School and led it to its first accreditation.

In addition to his professional activities, Williams has served with distinction in leadership positions with First United Methodist Church and numerous service organizations in this community and throughout the region.  He is the recipient of numerous awards, including the Gold Medallion from the Boys and Girls Club, the North Carolina Independent School Athletic Association Hall of Fame, Paul Harris Rotary Fellow, and the University of Mount Olive Athletic Hall of Fame.

UMO President Dr. Philip P. Kerstetter said, “The doctoral degree is the highest degree the University of Mount Olive can award, and it is designed to reflect our University’s recognition of the significant accomplishments and service of an individual to his or her chosen field of endeavor, to the institution, and/or to society as a whole.  Jimmy Williams is an individual certainly worthy of such recognition, as he has given a lifetime of service to education, to the church, and to the community as a servant-leader.  Our region is all the better for his exceptional service, and we are delighted to honor a native son of North Carolina.”

“I am honored and humbled to receive this award,” Williams said.  “I thank Dr. Kerstetter, the Board of Trustees, and the academic community for their support.  The University of Mount Olive is very dear to my heart.  My family and I will treasure this honor.” 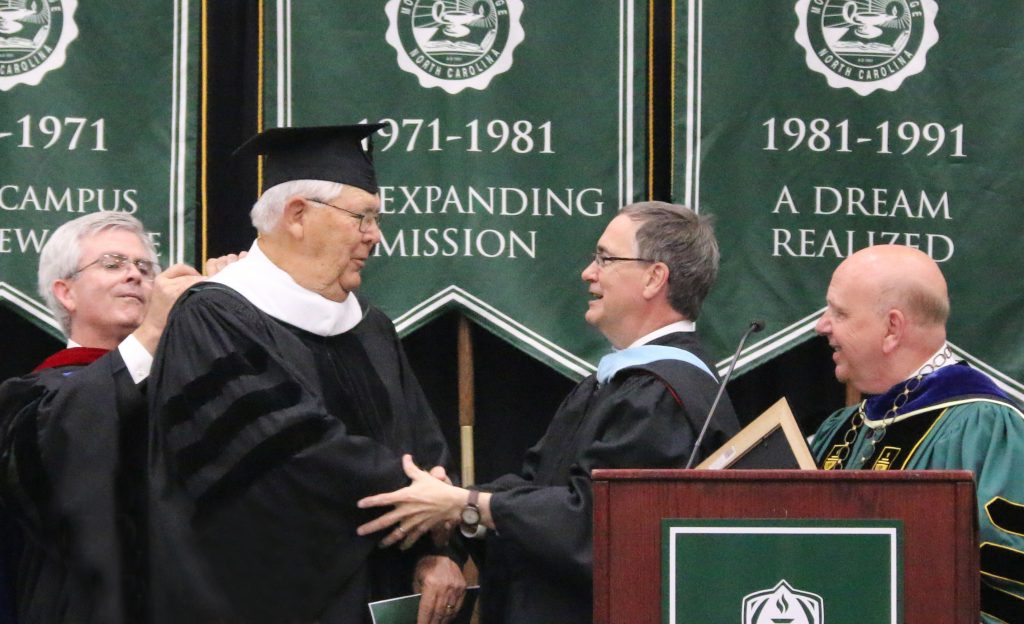