MOUNT OLIVE- Eighteen University of Mount Olive Honors students recently traveled to the Czech Republic, Germany, Austria, and Hungary for eleven days as part of the program’s annual international trip. The group explored Prague, Munich, Salzburg, Vienna, and Budapest, after having learned more about the history and cultural of these areas during the school year.

“I had not been outside of the country before this trip,” said Gayla Olvera, a psychology major from Lucama, NC. “At first, I felt nervous about leaving the country, but when we got closer to leaving, I was so excited!”

Arriving in the Czech Republic after an overnight flight, the group explored the streets of Prague. The students walked across the Charles Bridge, visited Old Town Square, and toured the Jewish Quarter. Day two included walking around Regensburg, Germany then heading to Munich. The group saw the Glockenspiel, Nymphenburg Palace, and even went on an eye-opening visit to Dachau, the first and longest functioning Nazi concentration camp.

The trip to Dachau was planned by the UMO Honors group themselves after a few students expressed interest upon learning of its close location to Munich. They spent several hours walking around the camp, going in the original buildings, and touring the museum on site. The students were able to see pictures of prisoners that stood where they stood and heard haunting stories of the horrific events that took place there. While the Honors students found the experience difficult to describe, they agreed that being educated on historical events is important in order to learn from them.

“The trip to Dachau was one of the most meaningful things I have ever experienced,” said Anna Mitchell from Princeton, NC, who recently graduated with a degree in history. “It was the most emotional, overwhelming, and heartbreaking 5 hours I have ever experienced. I know that I will never forget it, and it will be an experience I truly treasure for the rest of my life.”

On day three the group continued on to Salzburg, Austria, where they viewed the Hohensalzburg Fortress, Mirabell Gardens, and the birthplace of Mozart. That afternoon, many of the students and chaperones took a trip up to the Austrian Alps and visited some of the sites used in the filming of The Sound of Music. They also took a lake cruise in Salzkammergut.

The group’s time in Vienna was colder and rainier than previous days, but it did not stop them from touring Schonbrunn Palace, the summer residence of the Hapsburgs. A few of the students and chaperones also went to a classical Viennese Concert in an Austrian palace.

The last stop for the Honors students was Budapest, Hungary. The group enjoyed the views from Fisherman’s Bastion, shopped in some of the markets, and experienced a dinner cruise on the Danube River that allowed them to see the city at night and the breathtaking sight of the Parliament Building.

The Honors students agreed that the trip has given them a new perspective of the world.

“It really opened my eyes to the world and it showed me the beauty in diversity and cultures,” Olvera shared. “It also made me humble to see God’s beautiful creation of the earth that we all get to share.”

Futrelle added, “This has been one of the best experiences of my life. I have always had the desire to travel and see the world, and now I realize how much of the world there really is to see.”

“This trip has inspired me to continue traveling and learn about this beautiful world we live in,” Mitchell concluded. “I will always be grateful to the UMO Honors program for giving me this opportunity.” 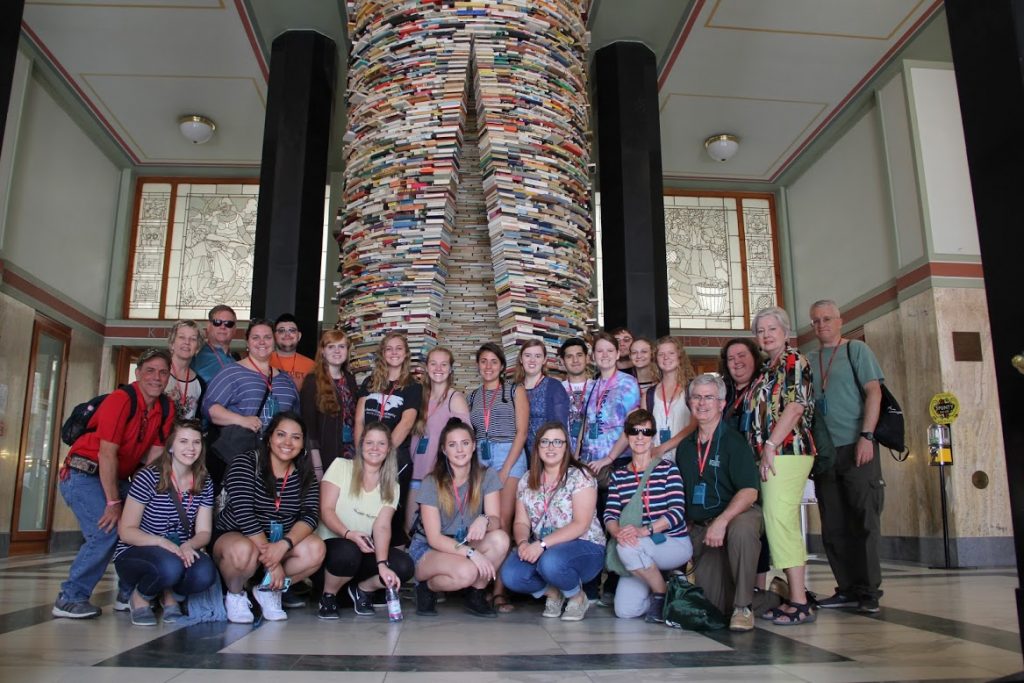 The Honors group posed in front of a book sculpture at a library in Prague. 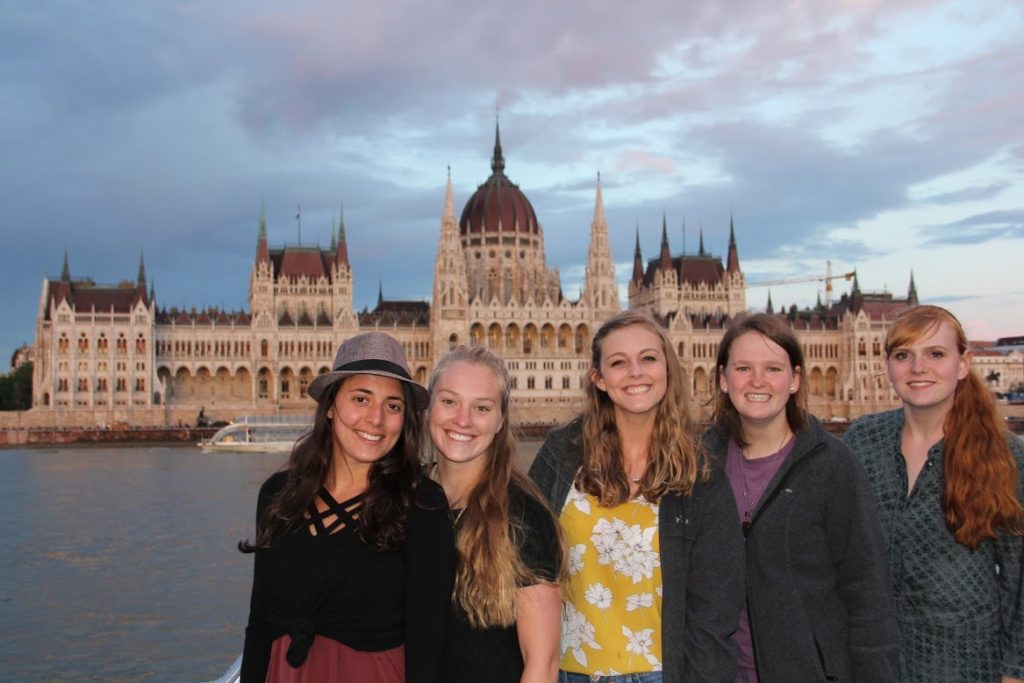 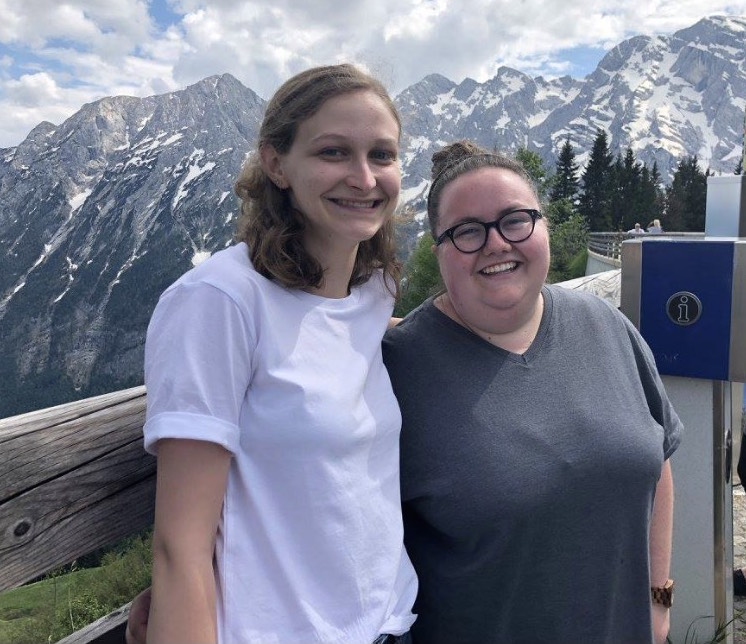 (L-R) Meredith Futrelle and Anna Mitchell in front of the Austrian Alps in Salzburg.