Of those UMO students attending the conference, 13 received their American FFA Degree.  The FFA Degree is an honor that is given to less than 1% of FFA members across the nation. It is awarded to individuals who have excelled over the years in academic and professional areas.

“Our ag student numbers are over two hundred, and we look forward to continuing to grow in the future,” Johnson said. “I am inviting you to come and visit the University and learn more about what we are doing.”

The National FFA Organization provides premiere leadership, personal growth, and career success training through agricultural education to its 653,359 members in grades 7-12. There are 8,568 local FFA chapters throughout the US, Puerto Rico, and the U.S. Virgin Islands. 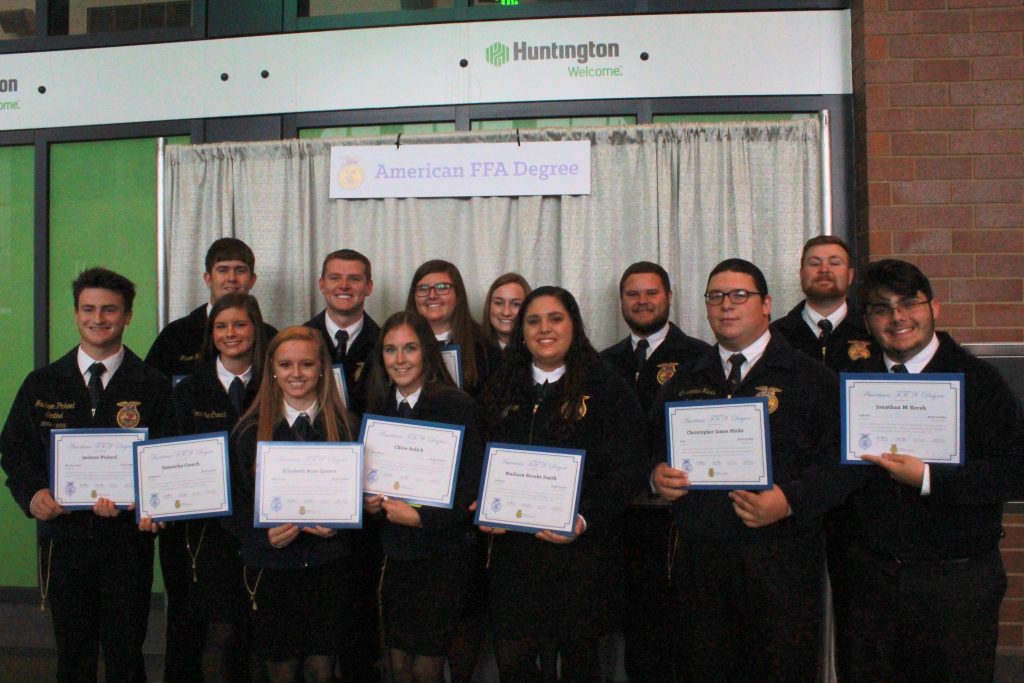 UMO Professor Elected as Officer of ACBSP Southeastern Region Board