Sixteen students were nominated by their peers to participate in this year’s Homecoming Court. The winners were selected by the student body.

Jones is the son of Allen and Veronica Jones. He is a criminal justice major.  Jones is a member of SLJA and the Track and Field Team. He also works at the Pope Wellness Center. He enjoys hanging out with friends, listening to music, and being a DJ.

Kamber is the daughter of Melissa Skeen.  She is an exercise science major and a member of the volleyball team as well as the track and field team.  In her spare time, Kamber enjoys spending time with her friends and family.

The Homecoming King and Queen will represent UMO at the NC Pickle Festival and the Mount Olive Christmas Parade, among other functions. 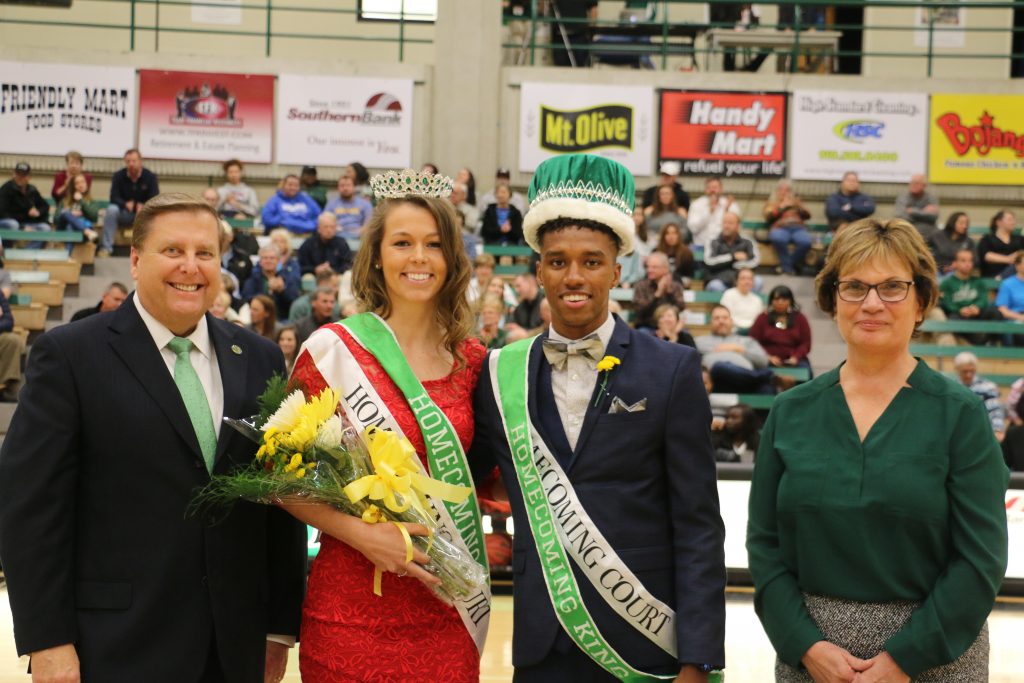