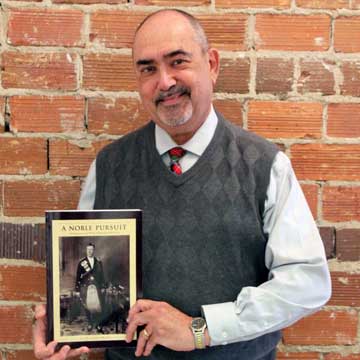 A Noble Pursuit is both a biography of the life of Pipe-Major John Grant and an anthology of his music. “I trace his life chronologically, detailing his interactions with the bagpipe community of his time and those of the aristocracy and monarchy with whom he came into contact,” said  Armstrong. “The last half of the book is a modern transcription of his music so modern bagpipers can read and play it.”

Armstrong began writing the book in 2012 after deciding to research more about the Highland bagpipes. “I had heard about John Grant, but knew that hardly anything was known about him,” he explained. “I discovered that his collected works resided at Harvard University. I called the head librarian there and learned that no one had ever accessed this material! That set me on my journey of discovery.”

Armstrong has uncovered much about Grant since that initial discovery. A controversial figure in the bagpiping world, Grant was highly opinionated and vocal about correct bagpiping techniques. He wrote classical bagpipe music, called “piobaireachd,” for all the monarchs of the United Kingdom from King Edward VII to the current Queen Elizabeth. When Grant died in 1961, all of his music was eventually purchased by Harvard University. “When I went to Harvard and accessed his music, I discovered he had written close to 100 works that no one other than me knew existed,” Armstrong shared. Armstrong was also surprised to find that Grant wrote a lot more than just music. “He wrote a complete tutorial for how to play the bagpipes, a novel called The Silver Chanter, a four-volume book on everything about bagpipes from how they are made to how to wear a kilt, and many excellent poems.”

Armstrong took a semester-long sabbatical from UMO to travel to Edinburgh and meet with some of Grant’s surviving descendants. “One of Grant’s grandchildren has handmade file boxes full of letters she received from the secretaries of UK monarchs and other important documents she allowed me to photograph,” he said. “These serve as the foundations for my book.”

As a bagpiper himself, Armstrong felt a special connection to Grant. “On my last trip to Scotland, I went to his hometown, saw where he was raised, and stood where he learned to play the bagpipes,” he said. “After writing his biography, I feel like he is a relative of mine. In fact, his descendants say I know much more about him than they do!”

Aware that not everyone is knowledgeable about bagpipes, Armstrong wrote A Noble Pursuit so that those interested in history, especially British history, would find it enlightening and fascinating.  The book was recently reviewed by the out-going president of the prestigious Piobaireachd Society, Dr. Jack Taylor, who praises Armstrong’s book highly: “A Noble Pursuit is detailed, ordered and logical. It is also balanced and academically rigorous—a true magnum opus. Its subject would undoubtedly approve of this worthy tribute to a dedicated servant of piping.”

A Noble Pursuit is available at the UMO bookstore and can also be purchased from Armstrong’s website, www.pmjohngrant.com/wp.

Armstrong has been professor of music at UMO since 1996.  He holds a B.Mus. Ed and Ph.D in music history from The Ohio State University and an M.M. in piano performance from Bradley University.  Armstrong was the director of UMO’s Free Spirit, a contemporary Christian music ensemble for 21 years.  He is a pianist, cellist, choral director, and bagpiper.  He is the minister of music at Faith Fellowship Church in Kinston, where he has served for 19 years.  He has many published music works to his credit, including those for chamber ensembles and instrumental solos.  He has presented papers at the American Musicological Society on several occasions and was the first American to present at the Piobaireachd Society in Dunkeld, Scotland in 2012. 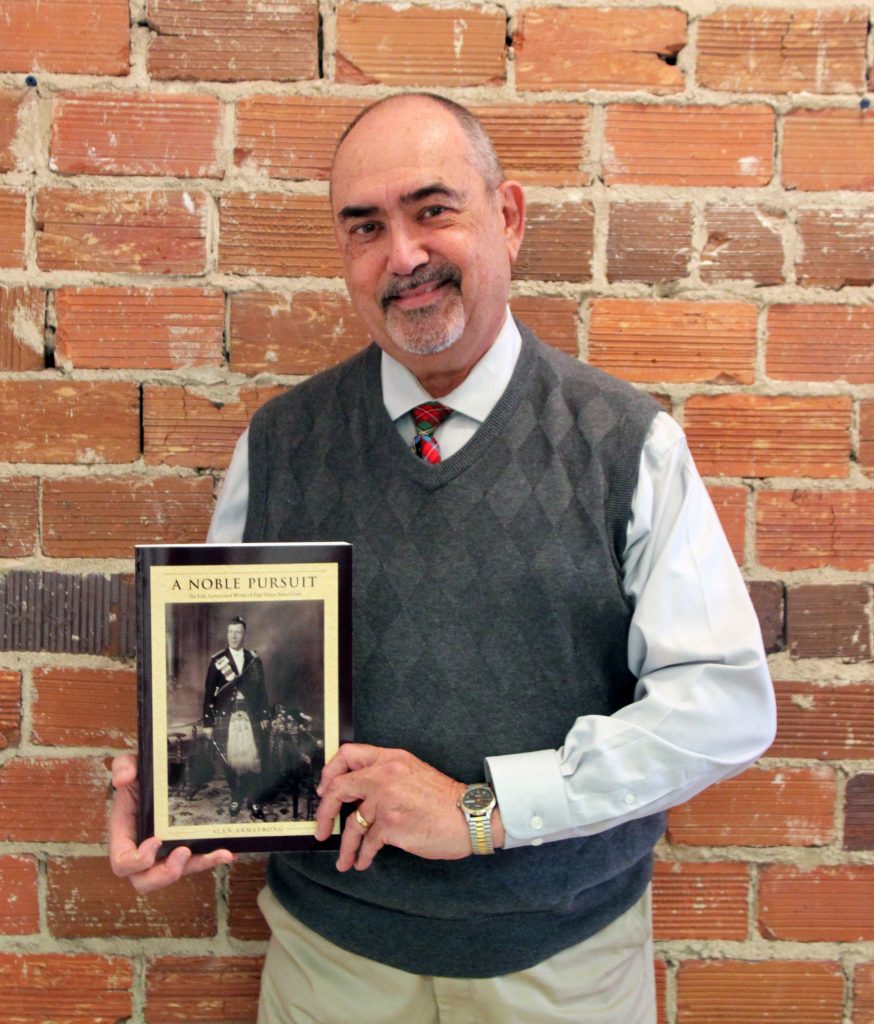