MOUNT OLIVE- When Jonathan Smith of Beulaville, NC came to the University of Mount Olive (UMO) in the fall of 2015, he was unsure of where his educational journey would take him.

“I grew up in a small town where the only things I knew were school, football, and church,” Smith said. “I have awesome parents and an older brother who have always encouraged me to simply do my best in everything I do.”

Smith chose to attend UMO because of various scholarships awarded to him and its convenience to his hometown. However, he was undecided on an academic major until a simple conversation lead him to his life’s passion.

“My roommate found out that I sang at church and wanted to know if I would be interested in joining Free Spirit, a UMO music group,” Smith said. “I took a risk and decided to try it. I auditioned and got into the group. I fell in love with the choir setting, and knew I wanted to work with young people.  When my sophomore year came around, I declared music education as my major.”

Discovering a passion for music allowed Smith to be a part of several different UMO groups including the Concert Choir and Chamber Choir. He also became involved with the Bible study group Christ Across Campus, which provided Smith with leadership opportunities through worship. Others recognized Smith’s love and commitment for music and ministry, and in 2017-18, he was named the UMO Music Student of the Year. He was also selected to serve as President of the Concert Choir for the 2017-18 academic year.

“I am so thankful for professors like Dr. Armstrong, Dr. Ford, Mr. Saegar, and Dr. Cariveau who believed in me and encouraged me in my music and in my faith,” he said.

Smith’s faith has played a big part in his life. He attends Sandy Plain Original Free Will Baptist Church, where he is heavily involved with their worship team. Living out his faith, Smith has participated in five mission trips to Brazil through an organization called Open Door Enterprises.

“My faith means everything to me,” Smith shared. “I gave my life to Jesus at a young age and try to pursue him in everything I do.”

In his final semester at UMO, Smith is doing his student teaching at Beulaville Elementary School (K-8) and at East Duplin High School. “I begin my day at Beulaville Elementary teaching middle school students beginning band, and then travel to East Duplin to teach two choir classes. It’s really an awesome experience, and I’m learning a lot. I want to help young people understand and appreciate music.  I also want to encourage them that being in a musical group can bring a sense of belonging to their lives, almost like being in another family.”

Smith has found his place in the world because of his time at UMO.  He is on the path to graduate in May, and hopes to teach music in a middle school close to home.  “UMO has provided me with the knowledge I need for my career, some of my closest friends, and great opportunities and experiences.  However, the most important thing I have gained at UMO is the knowledge to not be afraid to try something new. It may lead you where you need to go, I know it did for me,” he said.

Smith is the son of the Reverend David and Mrs. Dawn Smith. 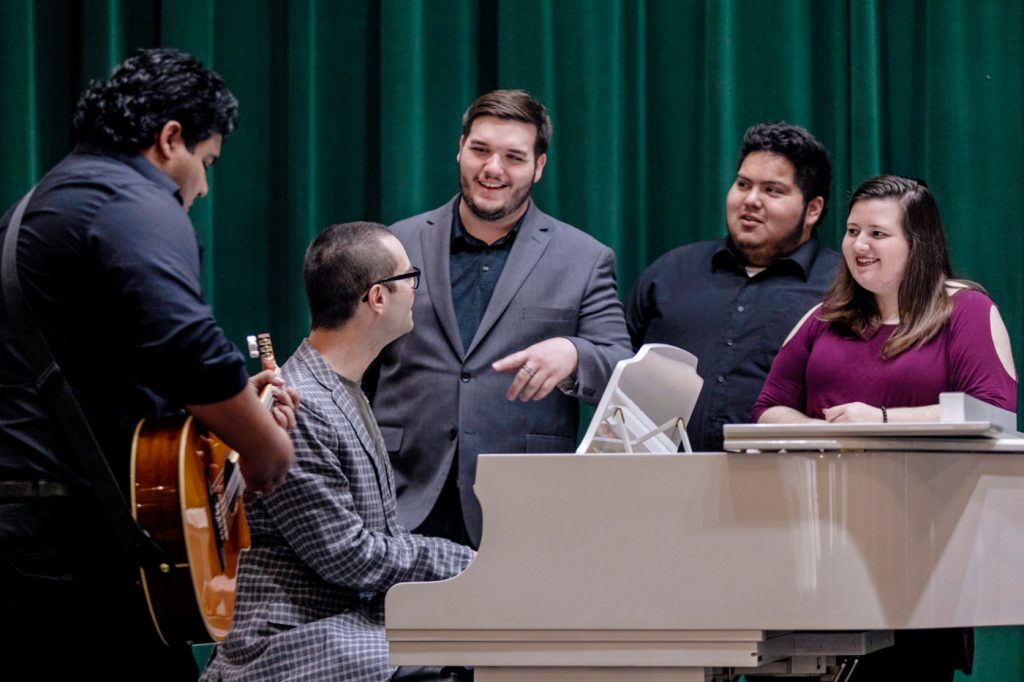 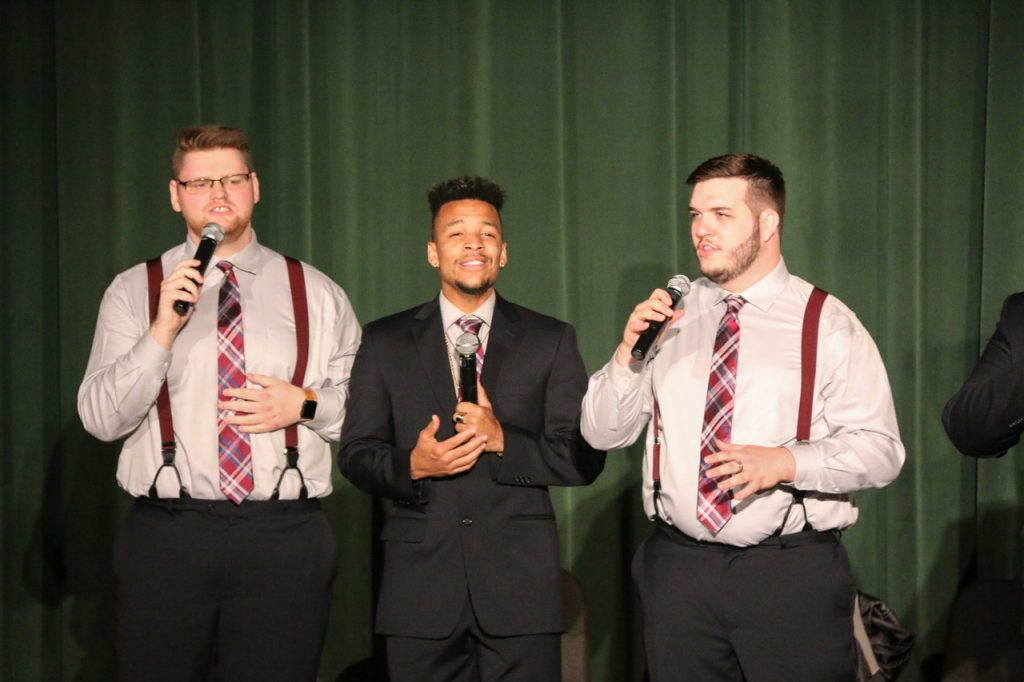 Jonathan Smith (third from left) sings with Jacob Cottle and Trevor Knight as part of a Free Spirit special performance. 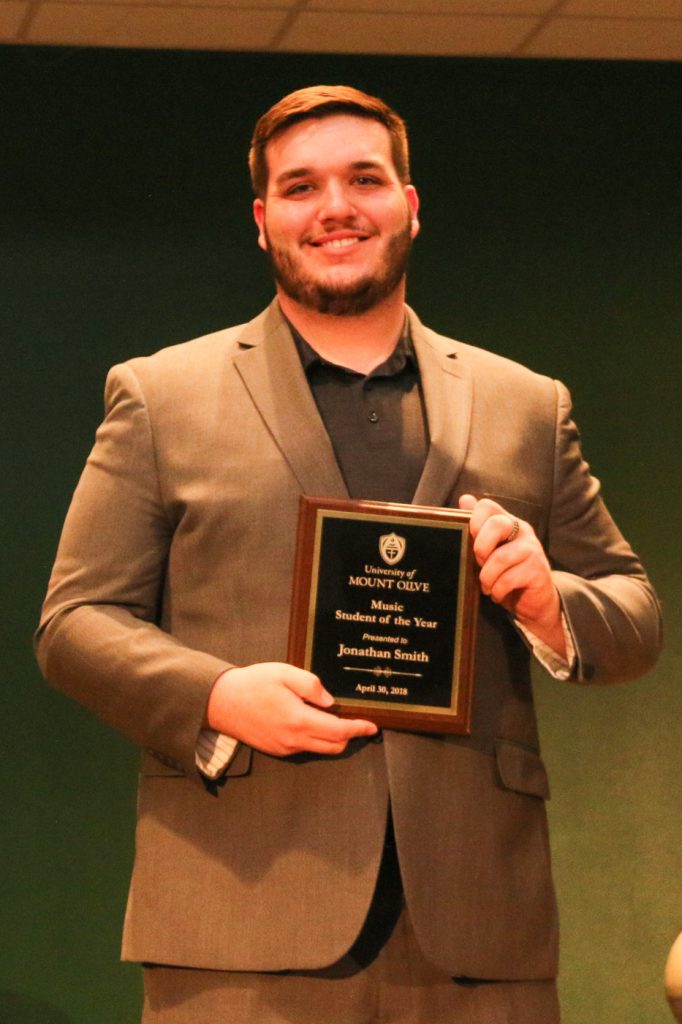 Jonathan Smith receiving the 2018 Music Student of the Year Award.