Boykin was presented the award by Bryan DeBose for her passion and pride for UMO and her work as an educator. “It is no secret that Nancy Boykin has such a love and passion for her beloved Mount Olive College,” DeBose said.

Boykin graduated from Mount Olive College in 1981 with a two-year degree. “It was during those two years here that she made friendships that have truly lasted her a lifetime,” DeBose continued. Boykin returned to Mount Olive in 1989 and received her four-year degree. She now works as a guidance counselor at Hunt High School in Wilson, NC, where she helps high school students prepare for their future. She gives her students UMO gear and information, always taking pride in her alma mater.

Coakley graduated from Mount Olive College’s Seymour Johnson Air Force Base location in 1995 with a degree in business management. He is now the manager of AccuCopy in Goldsboro, NC. Melinda Holland presented the award.

“Coakley’s work with AccuCopy has allowed him to shine in his field,” Holland said. AccuCopy does much of the University’s printing, and Coakley was commended for the company’s quick and efficient ability to produce quality products. His work and his acts of kindness earned him the Business Associate of the Year Award.

Brother and sister Kevin and Stephanie Kornegay were honored together while receiving their respective awards. The awards were presented by Derrick Williams. “In the life of a small, private institution like the University of Mount Olive, you get a few shining stars along the way that really help you open doors and thrive,” Williams said. “George Kornegay was certainly one of those people, and it seems that his children, Kevin and Stephanie, are proving to follow his example.”

Kevin took classes at UMO in 1995. While Stephanie is not an alumna, her support for the University allows her to shine and be appreciated for her dedication.

“Both Kevin and Stephanie have proven to be leaders for our institution by supporting our athletic teams, serving on boards, playing in golf tournaments, bringing their families to events, and acting as advocates for the University when necessary. For all of these things, we thank you both,” Williams said to the recipients.

Hines has been a minister in the Free Will Baptist denomination for 39 years.  He has served on many councils and boards at conference and convention levels. His 33 years of service to the University has included many roles, chief among those has been Professor of Religion, Chair of the Religion Department, Special Assistant to the President, Dean of the School of Arts and Sciences, and most currently Vice President for Academic Affairs. Throughout his life, Hines has been called to serve UMO in many different areas. He has served in each capacity with a compassionate nature and a desire for excellence.

The Alumni Association awarded Hines with the Lifetime Achievement Award for his dedication and love for his alma mater. 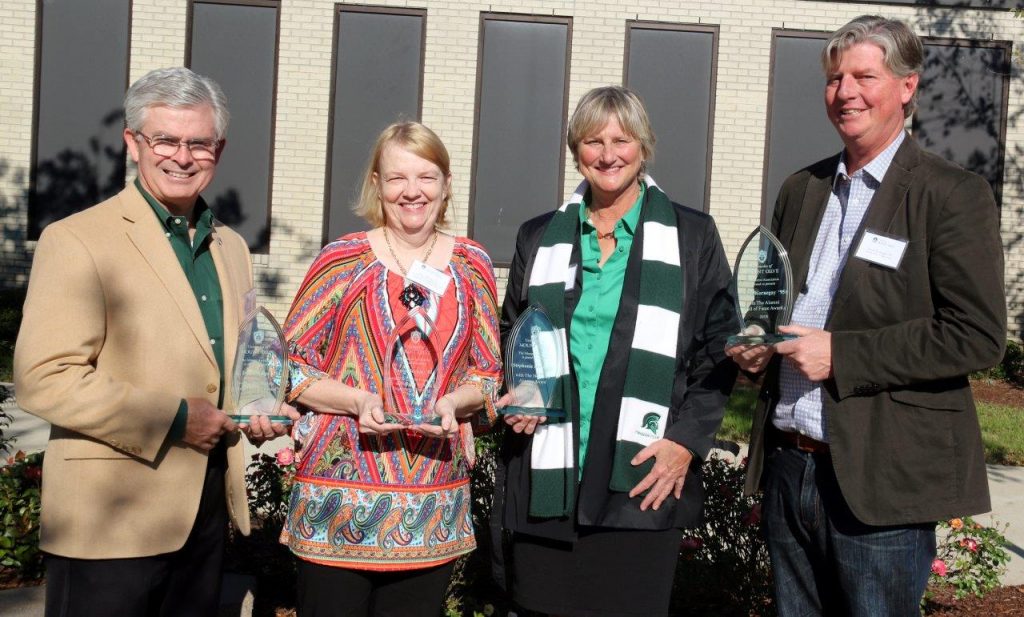