Lamm, a native of Wilson County, North Carolina, earned the Associate of Science degree from the University of Mount Olive, the Bachelor of Arts from UNC-Greensboro, the Master of Divinity and Master of Theology degrees from Duke University, and a Ph.D. in history from the University of South Carolina. He is a former U.S. Army captain who served as a Chaplain and Army Historian. He is the author of the book, Five Black Preachers in Army Blue, 1884-1901: The Buffalo Soldier Chaplains, a co-author of the book, Buffalo Soldiers in the America West: An Anthology, and author of numerous journal articles, historical encyclopedia articles and book reviews. He is married to Laura and has one son who serves in the U.S. Navy.

“The University of Mount Olive history story is not just something from a dusty, old book to me,” Lamm said.  “It’s my story, it’s my life, and it’s personal.  Just think a moment of all the lives this school has changed, and the impact Mount Olive has made through its graduates; graduates who minister in our churches, run our businesses, grow our food, protect our streets, teach in our schools, serve in our armed forces, heal our sick and much, much more.  Think too of the tremendous economic impact this school has made to this town and this region.  As Dr. Henderson (for whom the Henderson building is named) once said, ‘Mount Olive College was the best thing that ever happened to the town of Mount Olive!’ He was right. I mean, honestly, what would eastern NC look like if there were no UMO?”

Each year during the Founders Day celebration, the University awards one student with the Founders Leadership Award, a scholarship awarded in memory of the late Dr. W. Burkette Raper, President of Mount Olive College 1954-1995. Payable on future educational expenses at UMO, the scholarship is presented to a senior in the traditional program who has distinguished him/herself as an individual of character and initiative and who has demonstrated strong leadership qualities toward making UMO the institution of Christian higher education envisioned by its founders. The recipient is selected by a committee of faculty, student and staff representatives.

Sindel is the second-year starter and captain of the women’s lacrosse team.  She was selected by her coaches and peers to represent the team for the 2017 NCAA Leadership Program. Sindel was also selected to represent UMO for the 2018 Student Center for the Public Trust (StudentCPT) Leadership Conference, and she is now President of UMO’s StudentCPT chapter.

Sindel’s award nominator said, “Mikayla Sindel has an impressive record of leading both on and off the field since entering Mount Olive. She continues to be a highly motivated athlete and scholar. She is a leader and role model that everyone at UMO can be proud of.”

For the final portion of the Founder’s Day service 36 faculty and staff members were recognized for 315 years of combined service to the institution. 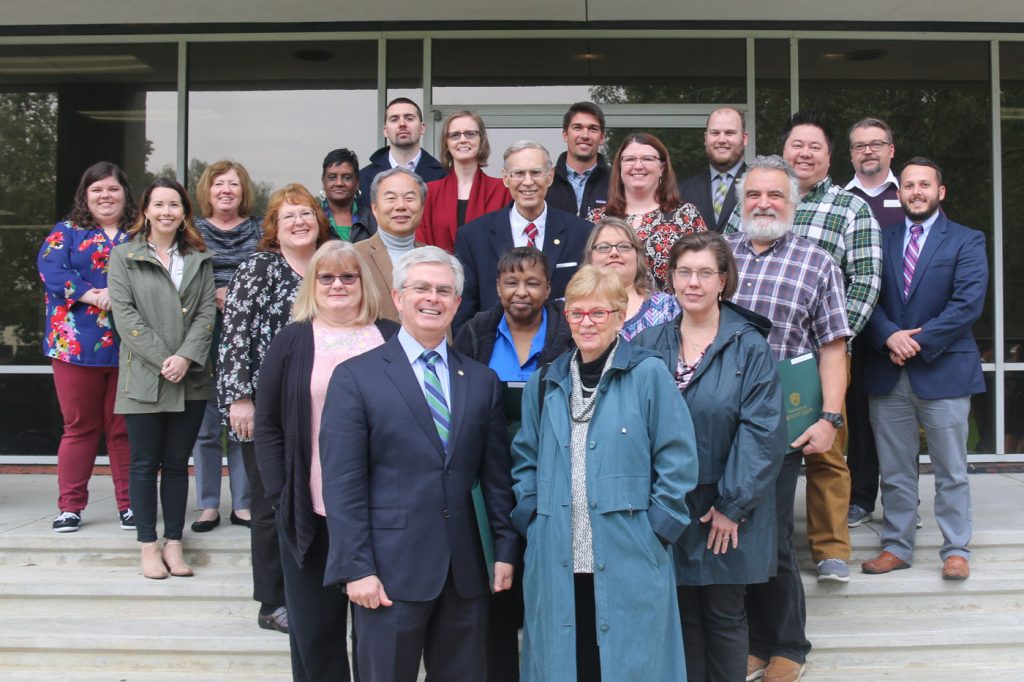 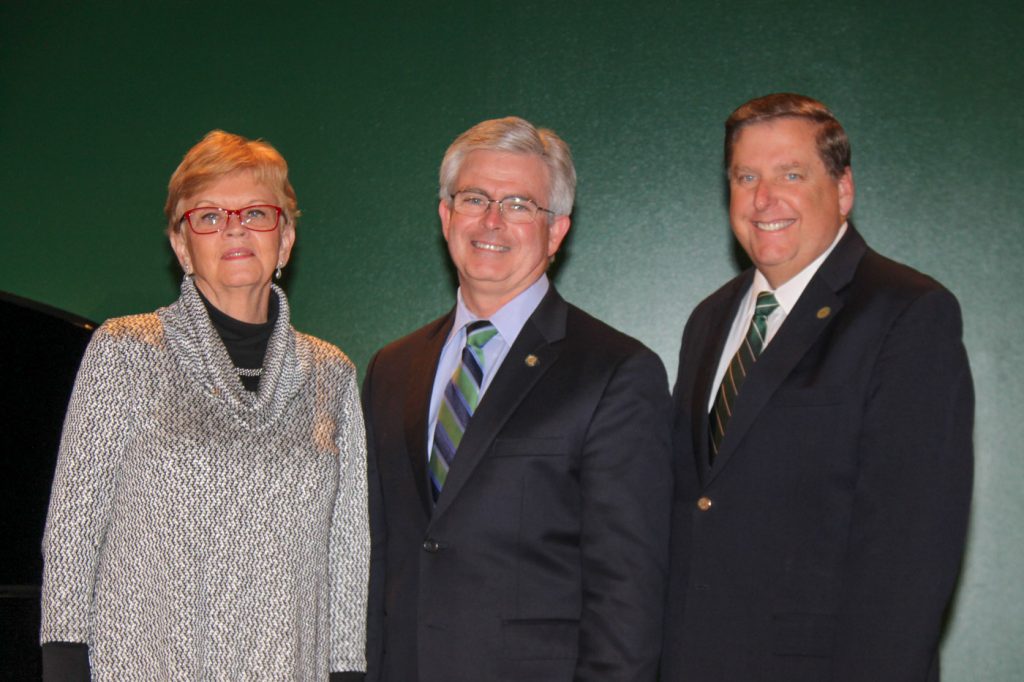 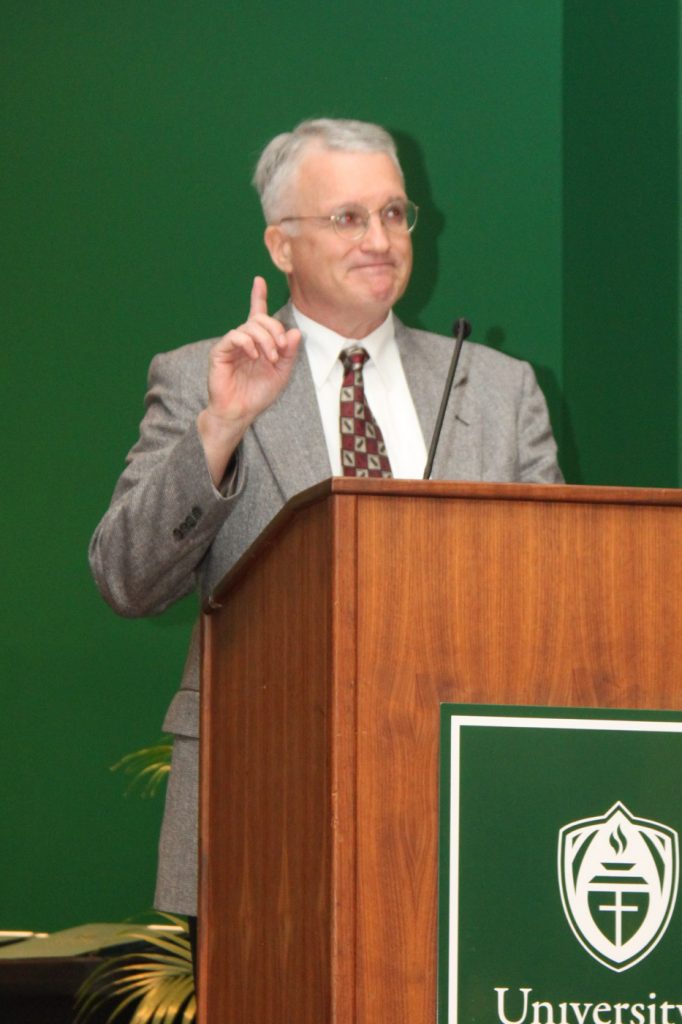 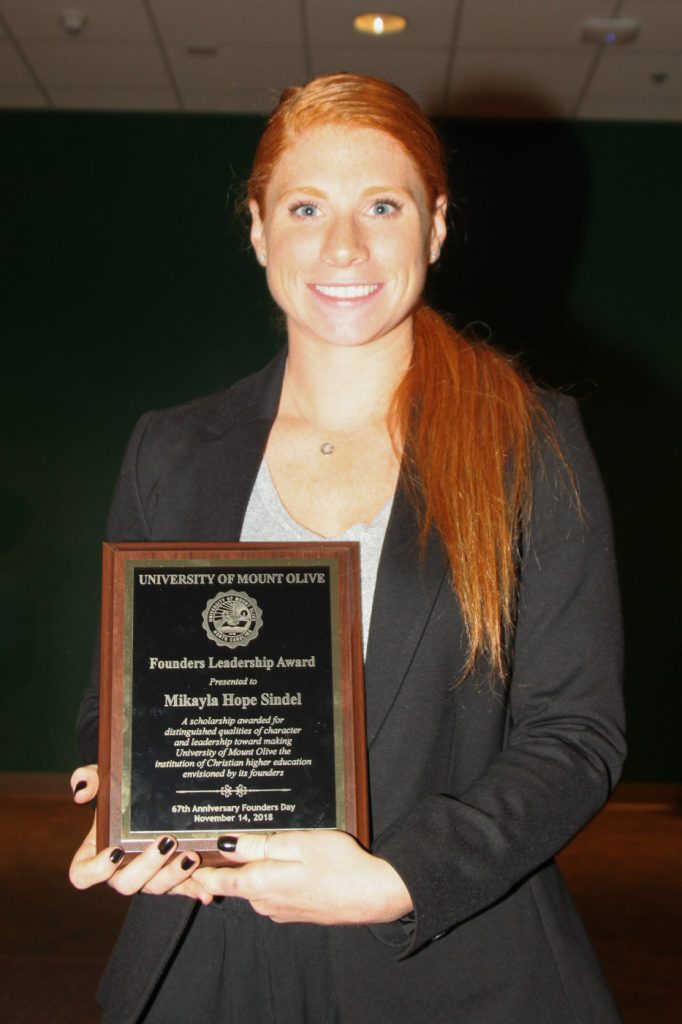